A famous German  impresario with a long career in the theater was mysteriously lost from Aegina where he was for holidays.
The death of Axel  Walter on August 22, 2018, fell like lightning in the small society … 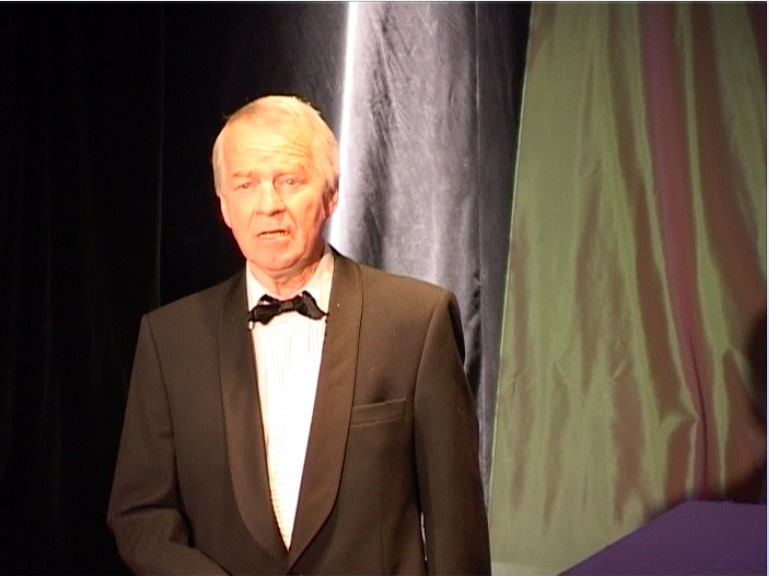 His personal items and documents, his mobile phone, his money and his air ticket with which he would travel for his homeland two days later, were found in his room …
Tragic irony: His beloved brother Gkotz, known to the island’s inhabitants, is buried in the same place …
From the city of Bochum in Germany, his beloved friends, actors and collaborators at the Theater “Thealozzi” made a dramatic appeal through Tunnel:
“Please help us find our mentor and friend … The theater is empty without its” soul “…” 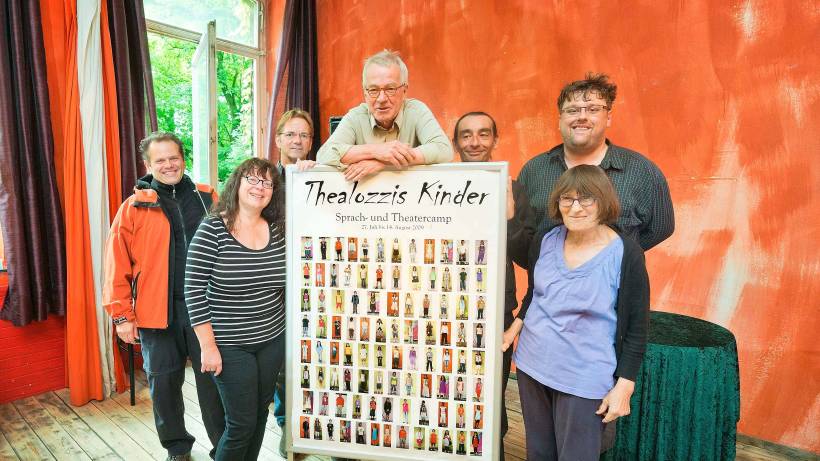 “Thealozzi” was founded 35 years ago and remains one of the most unusual creative cultural projects in the region until today. Since its founding, Axel and his companion, had devoted their lives to this and wanted to remain active until the end… Dementia that hit his beloved, shook him … 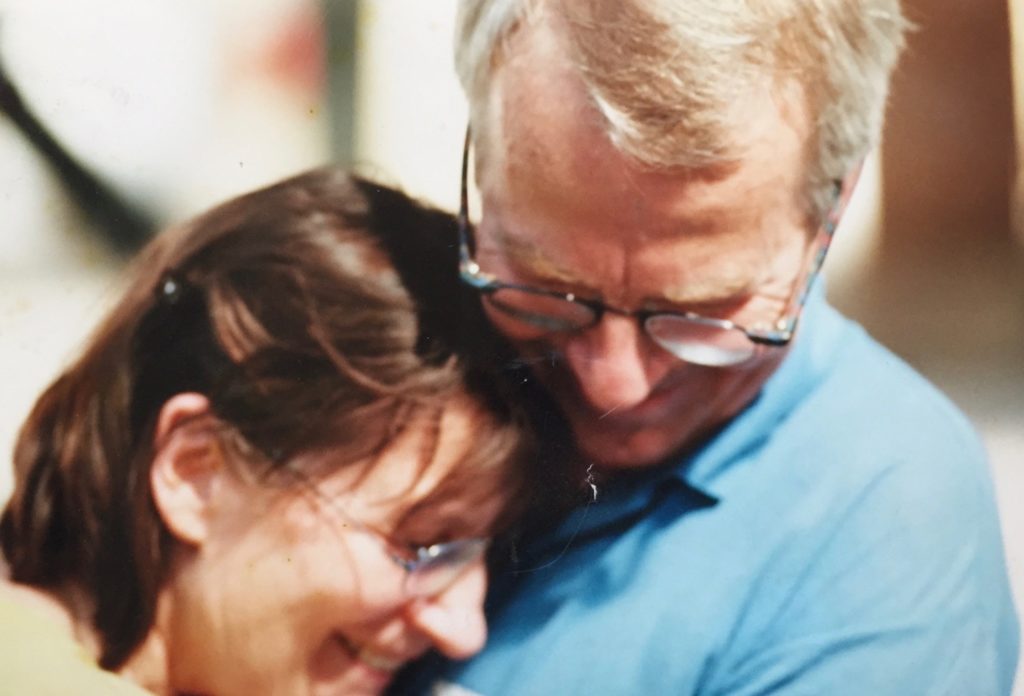 His actors friends  had encouraged him to make this trip to regain his mood. Axel, after his partner’s illness, felt very psychologically pressured.
His friends and colleagues went to Germany at the airport on 24 August as planned but he never appeared. At first they did not matter, and they thought he might have changed plans.
They were worried and began to look for him three days later when they found out that he did not go to an important appointment he had on 27 August.  Then they called the owner of the rented rooms he was staying and then they were informed of his disappearance. Renate the owner had also notified the German Embassy in Greece. Two of the members of the theater at the expense of the theatrical group traveled to Greece to seek him but without result. 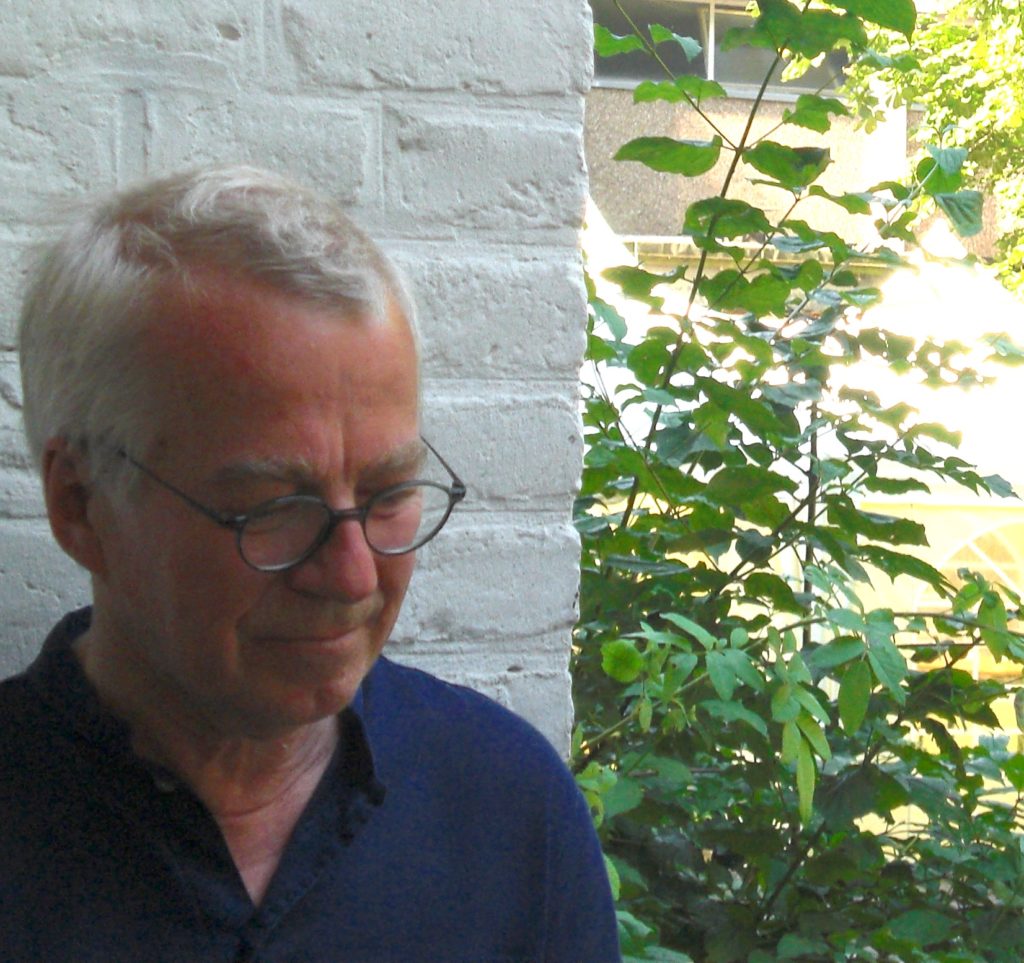 “Only God knows what happened to this important personality …”
The island during August was full of visitors. The image at the beach of Agia Marina during the winter does not remind anything of the most beautiful month of the year.
Tunnel’s reporter met with the owner of a seafront cafe bar that the missing man  used to spend the afternoons drinking a drink next to the wave.
“We knew Axel from his brother Gotz and his wife Monica. They were good and quiet people and stayed with us for the past eighteen years. As long as his brother was alive, Axel used to visit him and stayed with him. He did not say many, “said Mrs. Galaris. 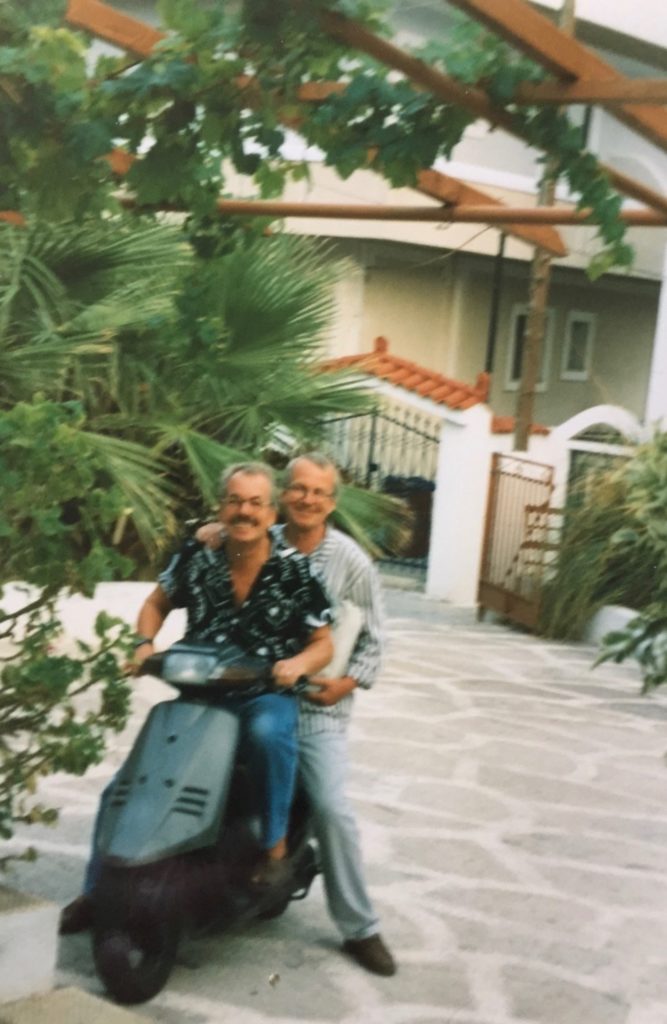 She did not know that the missing person was an important man of Art. She learned it when his girlfriends – actors – went to Aegina from Germany to look for him. 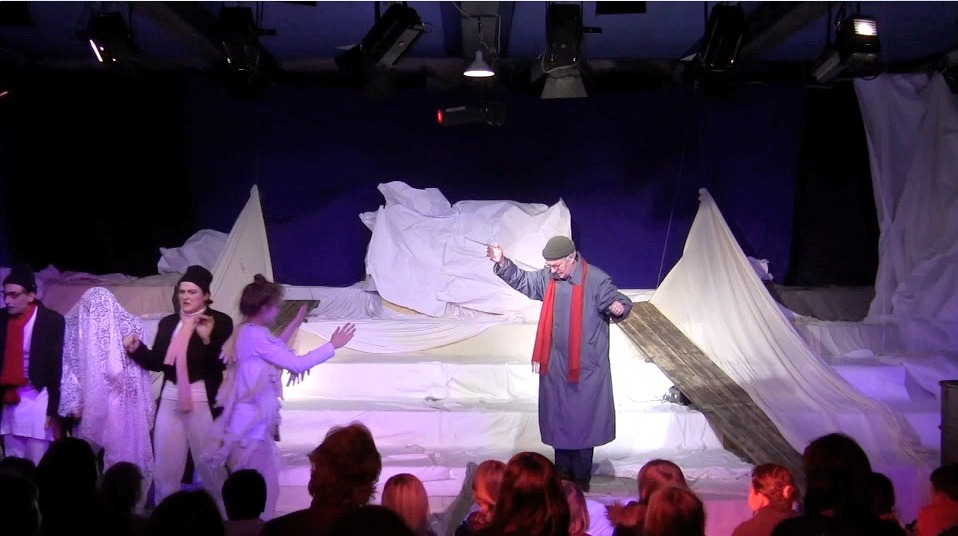 They showed great interest in their friend. They embossed posters on the island with their photo and mobilized on social media, “said Ria Galari, the owner of the cafe-bar. 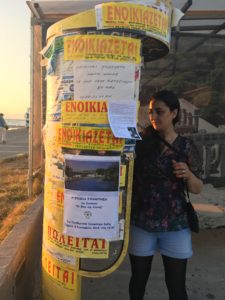 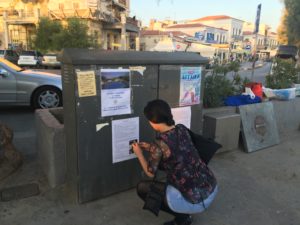 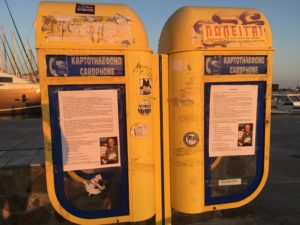 The priest of the settlement described him as a great personality who was associating ordinary people.
“As an artist he loved the light of Aegina that is special. I know that he was  visiting St. John chapel  , a small church under Aphaia temble, from where the view is amazing, ” priest Thanassis said to” Tunnel “.
The priest knew Axel’s brother well and had ritualed his funeral three years ago.
“What happened in the night that he was lost, only God knows …”, he concluded.

“Suddenly his traces were lost …”
Mayor of the island, Dimitris Mourtzis, spoke to Tunnel about this strange disappearance.
“We were shocked on the island. He is a great personality, a philhellene who loved our country and Aegina. A search engine has been activated and we are still investigating, the issue has not been forgotten. I do not know where it will end if the man is alive. I cannot predict anything. Those who know something must submit it to the Authorities, “the mayor of the island told Tunnel.

“When he was lost, we learned how famous he was …”
The reporter was found in the hotel where he stayed last August and in his room. Where his personal items and documents were found.


The owner Renate Papadopoulou described him as a good and polite person.
He had developed close ties with this place, as for decades there was living his beloved brother Gotz. After he died three years ago, Axel whenever he was in Aegina often visited his grave in Alones and sat there for hours. 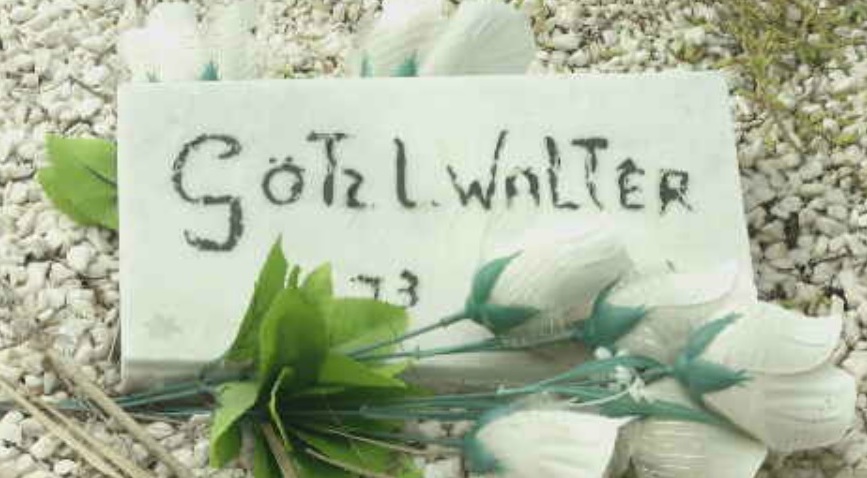 “He did not talk much about his life. He had told us that he was responsible for a theatrical organization in Germany and how his partner’s illness had cost him. We did not know how important he was in theater community. He looked very simple. We learned about its action from the internet, after he was lost. He would stay at this room until August 25, but at 22 we understood he had disappeared, “said Mrs. Renate. The owner handed all his stuff to the police. 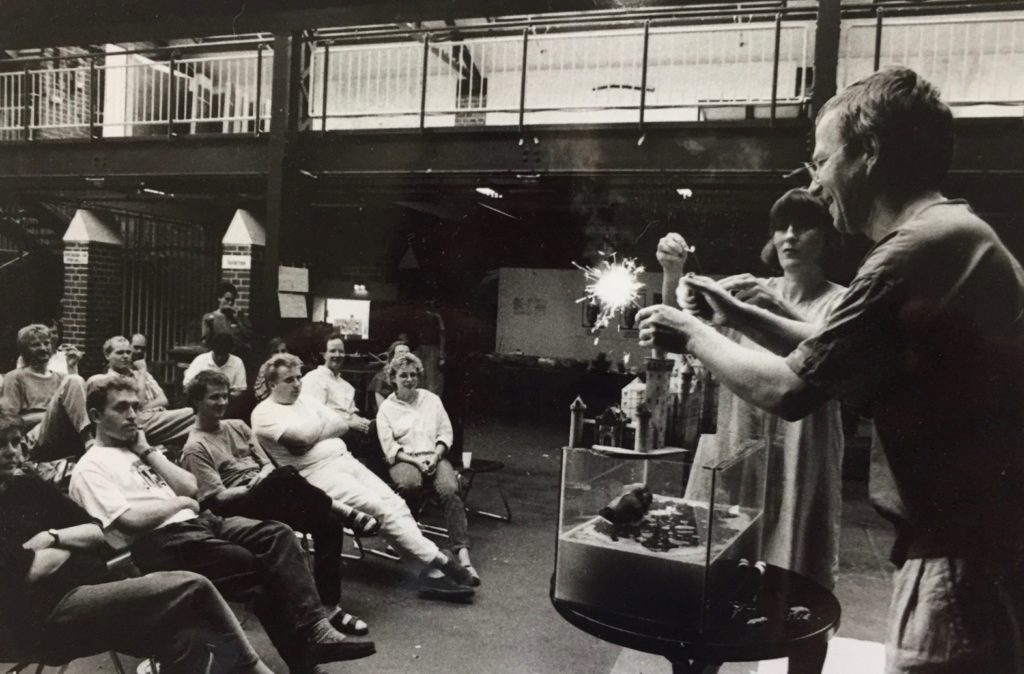 Germany: We are his theatrical family and we are looking for him …
The good friend and co-worker of the missing man spoke from Bochum Germany to “Tunnel” about the distress experienced his close friends .
Axel had given shelter to artists and many opportunities to present their jobs without being interested in differences, nationalities, skin color or their religious beliefs.

“We often talked about the ongoing daily struggle and fears in life. Other times we joked just to forget about our problems for even a few minutes. When I learned that he did not return to Germany, something inside me was telling me: “Do not waste time go look  for Axel,” she said to the show.
Sahar and another girlfriend traveled to Aegina to seek for Axel. They talked to friends, they searched everywhere, but without result. 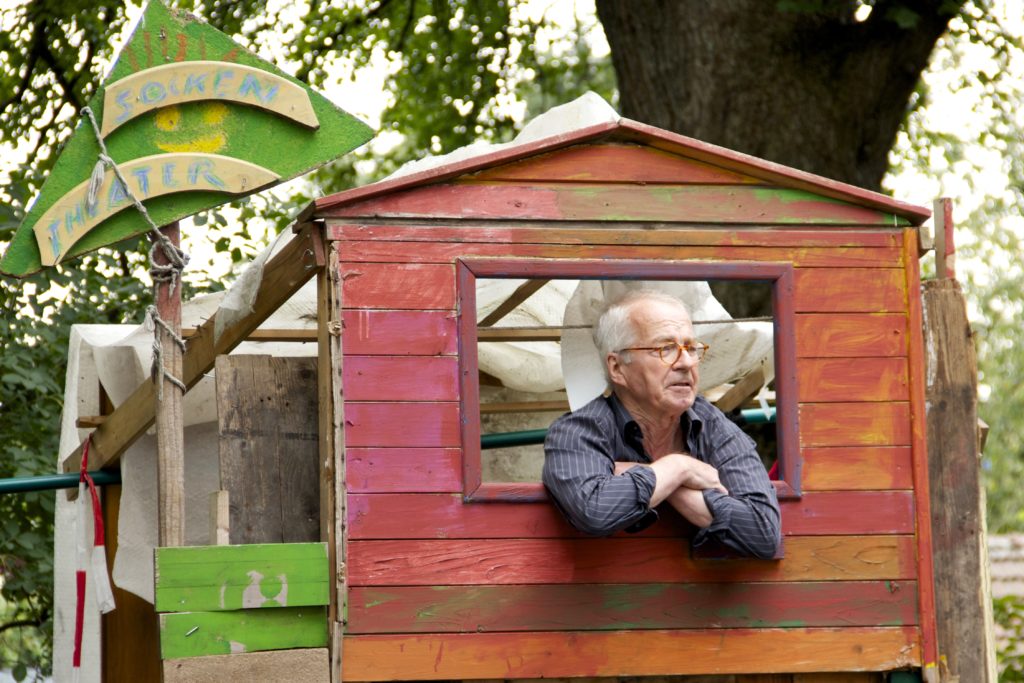 “We may not be Axel’s real relatives, but we are members of his theatrical family. I do not know much about his biological family, I know that many have died, just like his brother with whom he was very tied. I was able to learn that he may has a niece but we could not find her, we do not know if she is in Germany. Her name is Nina and I hope you find more about her. Without the help of a relative, we will not be able to continue his work here in Germany, ” Sahar excitedly said to ” Tunnel “.
She sent a dramatic appeal to anyone who knows something to help.
“Please help us find our mentor, our friend and the loved one of a sick woman in Germany. Thank you very much”. 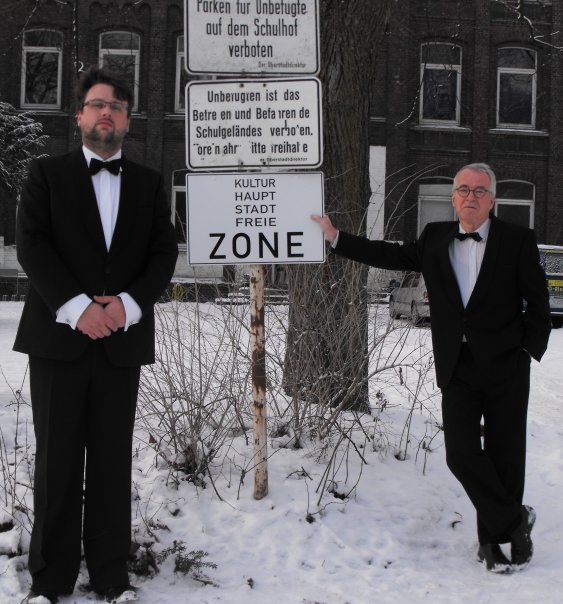 Germany: Help us bring the “soul” of our theater back …
Two other good friends and associates of the missing man, told  “Tunnel”.
Andre Dinter stressed that Axel was the soul of “Thealotzi” theater in Bochum, Germany.
“None of us know what happened to him and where he is. Please help us bring back our friend, the person in charge and the soul of this theater… Please … “he said. 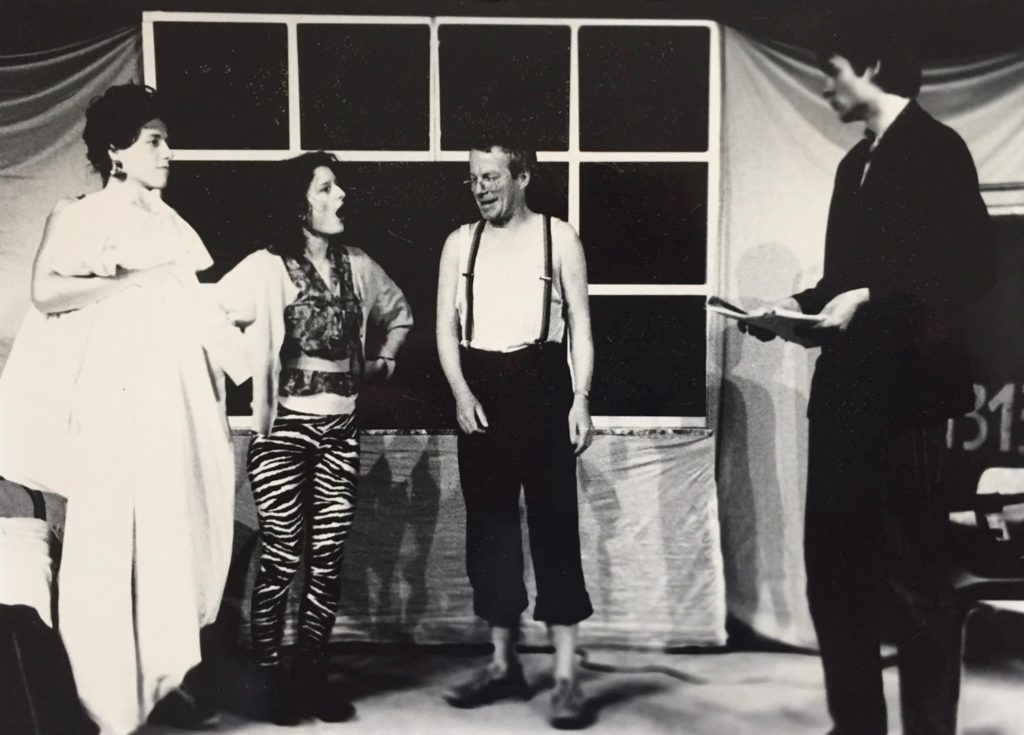 Rico Grosser, another member of the same team, said:
“For me, Axel Walter is my theatrical father. He was still … he is, a very special, good, polite person and it would be great to have him again here in this place. Someone important is missing from our theater. He and his energy … “.