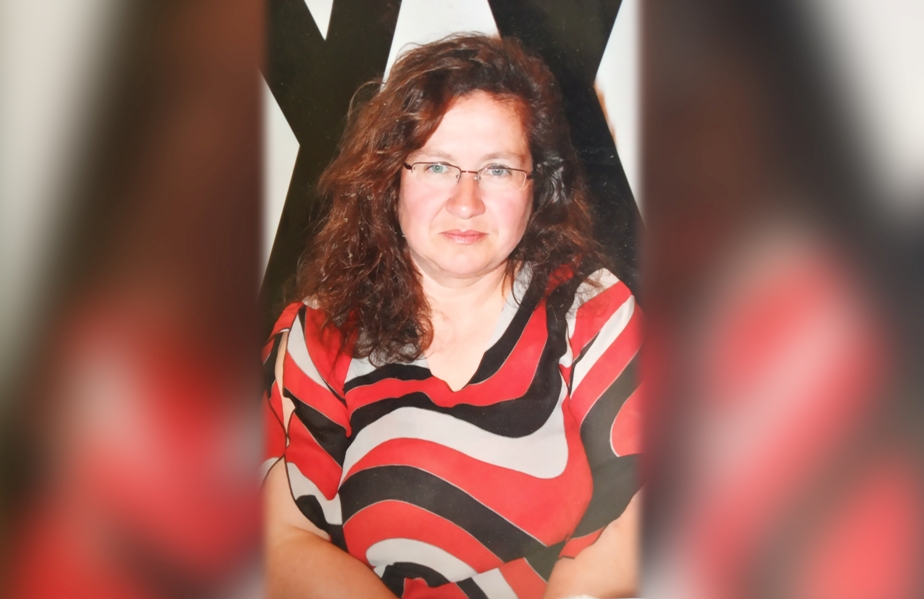 overturn brought "Tunnel"to the strange case of the mother from Patras.
Share

With an intriguing look at details no one noticed before, the show revealed new elements .

One of the questions that troubled the relatives of Anastasia Kollia was that her cell phone was emitted from  Kesariani area one day after her disappearance, while herself had been found earlier dead on a beach near Isthmia.

As  Tunnel revealed, a human mistake by her husband initially turned the research in another direction. When he informed the police about the disappearance confused as he was, he he told them wrong one number of her telphone number. 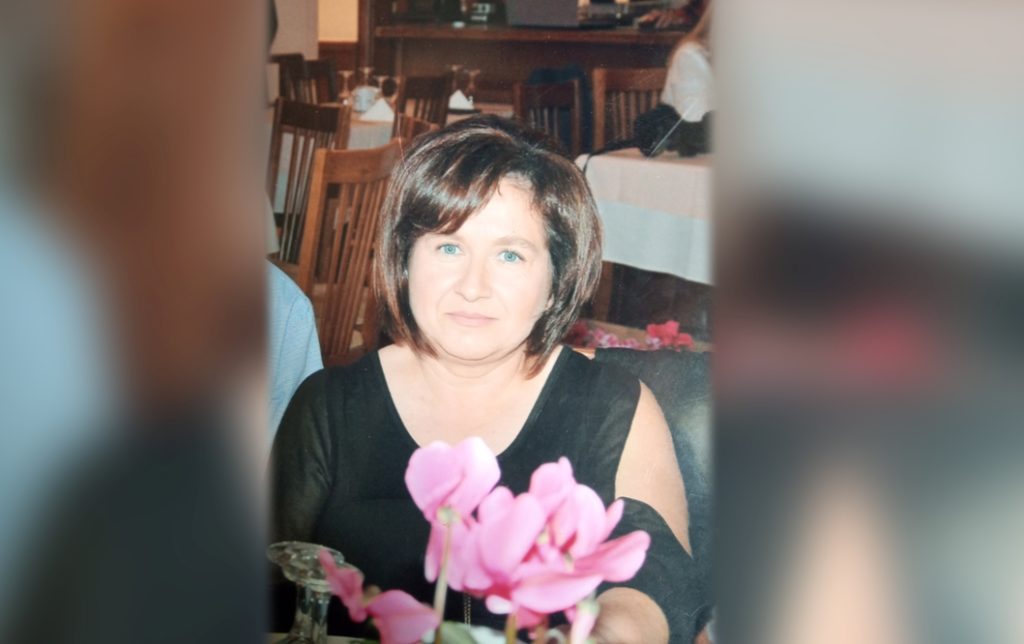 Finally, as it emerged from the survey, the cell phone that emitted from Kesariani area did not belong to the unfortunate mother.

However, it remains unanswered the question, what has prompted Anastasia Kollia 51 years old to leave without talking to anyone from her house in Agrilia Achaia on Thursday, June 13th and shortly after, to take  five hundred euros from her bank account.

Two of her four children received from her that  morning she disappeared two strange messages , in which they can not give a reasonable explanation. She wrote that “she did something bad and must give an end …”

From  Tunnel’s  studio, her son and daughter sent a dramatic appeal to anyone who might have met her, to help them illuminate the darkness that swallowed her. 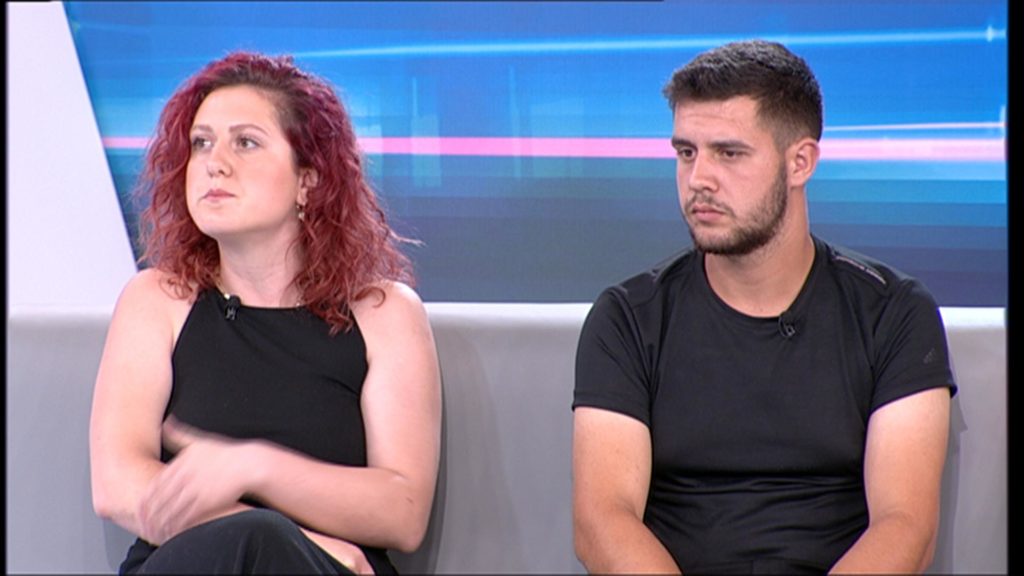 “We searched for the possibility that she owed somewhere money, we searched the whole house, we did not find anything. We went to the bus station in Patras and the wider area, but we did not  find anything there. We can not understand why she sent these  messages while she did not seem to be troubled … “ 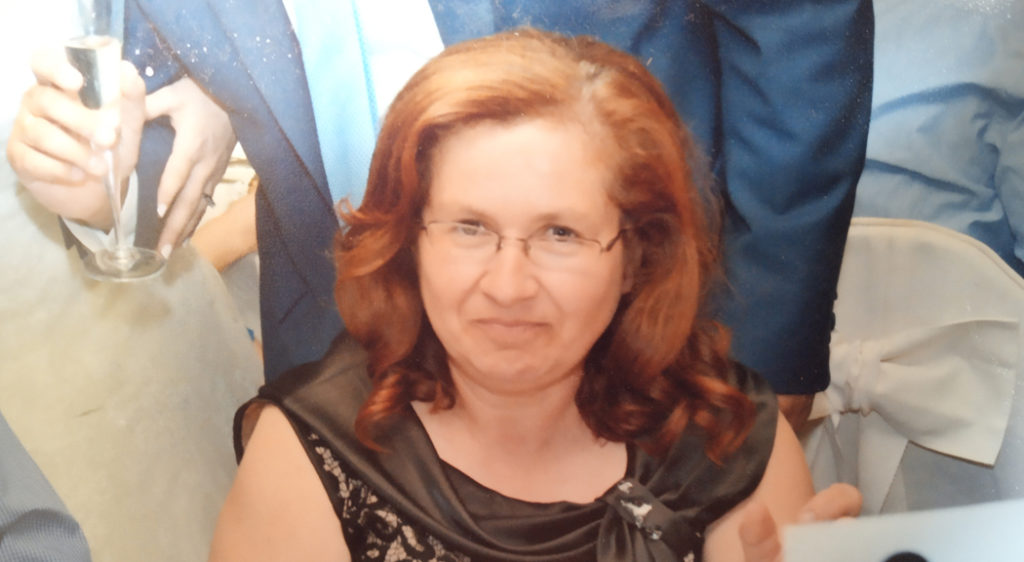 According to information from the forensic findings in the body of the unfortunate mother, lethal injuries have been identified throughout the body. The number of predeath  injuries prevents the possibility of falling from a small height. These may be caused by falling into water or rocks. However, according to the coroner, it is not excluded, and by a car drift. Her death came a few hours before she was found  in the sea. More answers will be given by histological and toxicological tests. 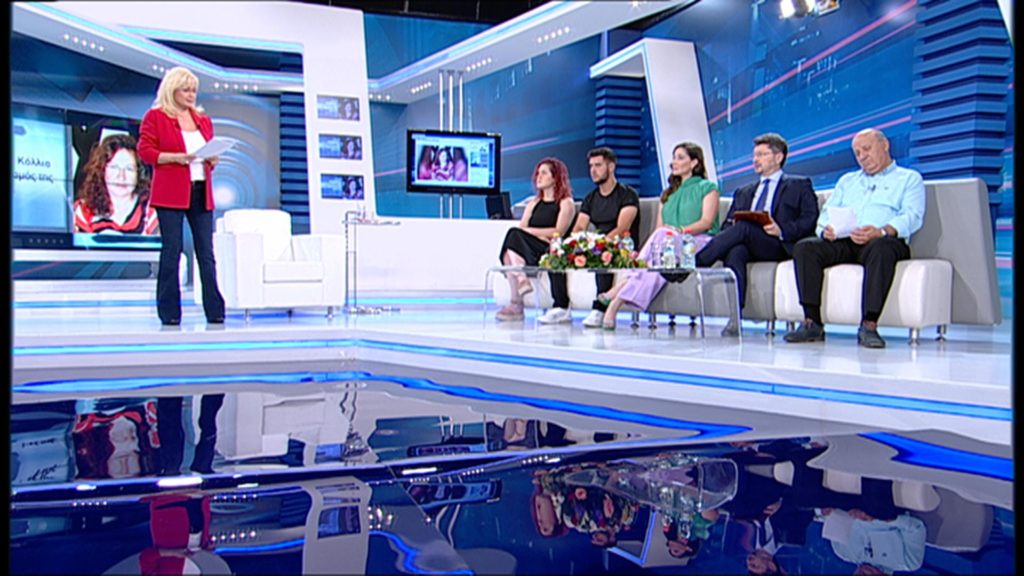 “Someone who wants to hurt himself is not going to take money even if he owes it. The woman was dead at sea and obviously the case was taken over by the Coast Guard. But here we had a declared disappearance and should be assigned to Police for proper research. The only information on this story comes from your research so far. ”

The lawyer and criminologist Panagiotis Papaioannou said on the show:

“It is important that you highlight and keep in public issues that otherwise the Authorities would have closed. Relatives need to file a lawsuit against criminals unknown in order to proceed with proper investigation. ” 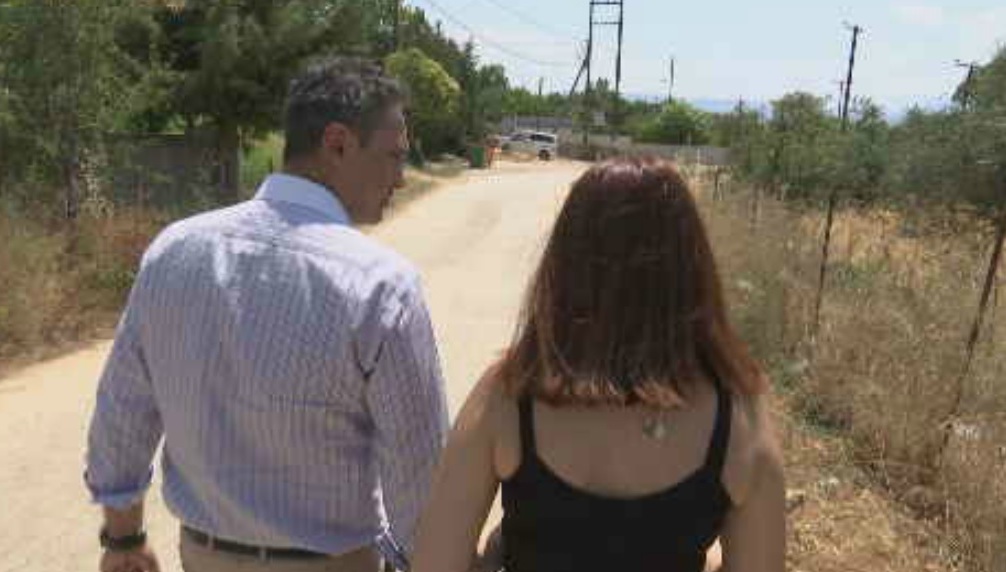 Ovrya Patras: Here I left my aunt, something happened …
The niece of the unfortunate mother, who was the last person from her family environment who saw her alive, spoke to  “Tunnel”.
At seven in the morning of Thursday, June 13, Afroditi Kolia left her house in Agrilia with her car to go to her work in Patras.
On the way she met her aunt walking. She asked her where she was going and she answered to Patras. She offered to give her a lift. When she got into her car she said she did not get her own car because her husband needed it. She also told her that the bus had passed  and decided to walk to the next village to get the next one. During their journey she was  perfectly normal and at some point she asked her niece to leave her at  Ovrya.
Anastasia’s cell phone did not heard  as long as the two women were together. She had a pink-beige backpack that she did not take off  on the way and wore black and white clothes.
When they arrived at Ovrya, she asked her to leave her on the Democracy Avenue shortly before the bus stop, as it happened. 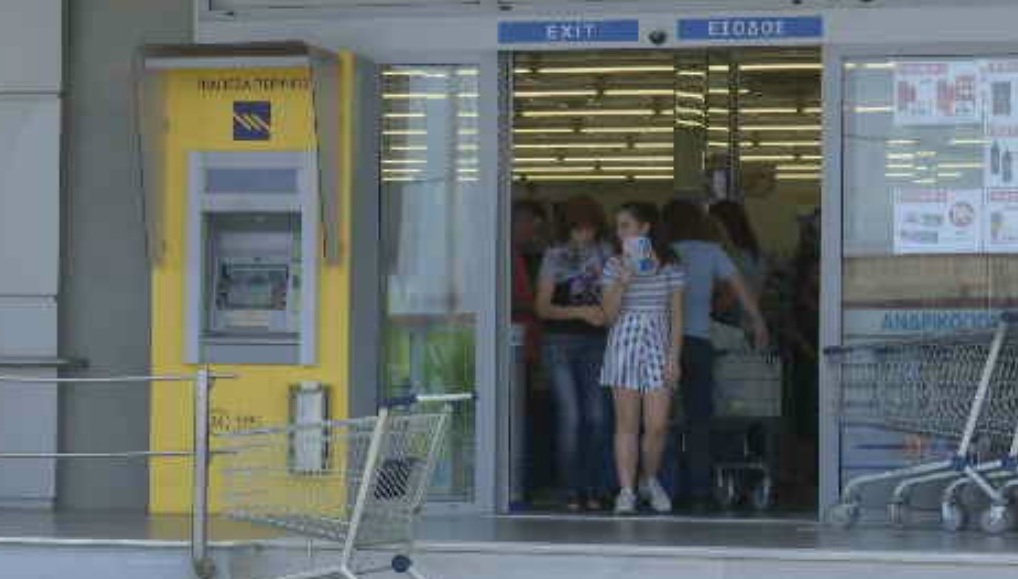 “I know she took five hundred euros from her account at seven and a half that morning,” she said to “Tunnel”.

Corinth: I was fishing and I found the woman …
Tunnel found the fisherman who found the lifeless body of the unfortunate mother near Krifi Beach in Corinth a few hours after her disappearance.
“It was nine and a half in the morning. I was in the sea at a distance of about two hundred meters from the coast, on the canal line. I was going to throw my nets and suddenly I saw a half-naked body. At first I thought someone was swimming and staring at the bottom. But soon I realized it was a corpse, turned upside down. Without losing time, I alerted Police. The sea was calm and I noticed that the lifeless body was swept away by the current of the Isthmus to the point where I spotted it. On the right foot of the body there was a reddish, like scratch or blow, “he said.
The body was pulled back to the edge of the beach, while police and  Coast Guard men were found at the site.

” I think someone throw her out of the isthmus. It looked as if he had drowned that day … “, the witness said.
He said he was not asked to testify to the authorities.

Patras: The text messages, thicken the mist …
In twenty-two years of marriage, Anastasia Kollia had four children. The two oldest  are living in Patras and the two youngest at the family house in Agrilia.
The fatal morning that she was lost, she got up early with her husband and drank coffee. Then they left  for the farm where their animals are, which is about two and a half kilometers from the house. They gathered the milk and agreed to go to Patras for shopping. She left first with the milk of the day to take her to the ice cave of the house. 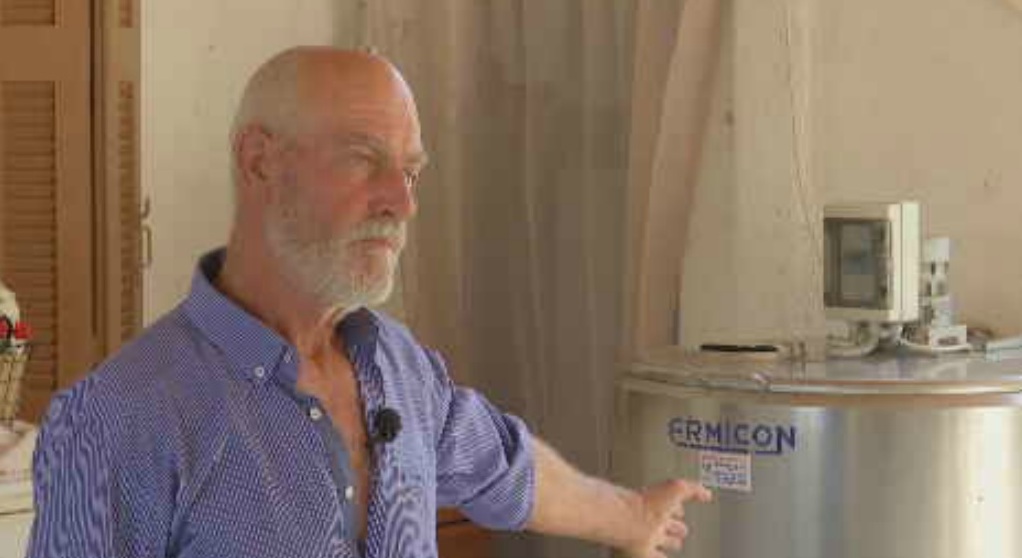 “When I came home at seven and a quarter, I saw that she had arranged the milk and was missing. At that time our daughter slept. She did not wake her up, nor did the child realize that her mother had returned. I searched for her but I could not find her. She did not answer her phone. I asked in the neighborhood, but nobody had seen her. Later I saw that she had changed her old clothes and had gone with her bag, the bank card, her identity card and her cell phone. Then we learned that our niece had met  her on the street  while she was going to work and left  her to Ovrya. She was always waiting for me … But now something serious happened … “, the husband  said to ” Tunnel “.
Andriana, one of her four children, was the one who, at eight o’clock in the morning, received a strange text message from her mother. 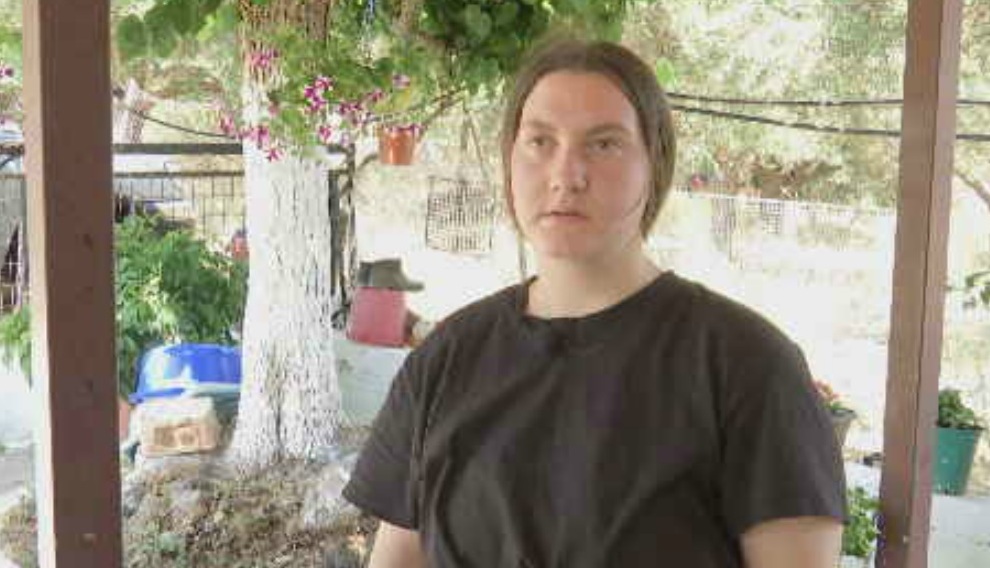 “I was anxious and I immediately notified my father. We sent her a message not to do anything wrong and we asked her to tell us where she was to go. She was not answering despite  but my persistent calls. After half an hour she sent a second message to my brother, also worrying. We tried to call her from other unknown numbers, nothing, no reaction … We even said to her mother from Crete to call  her, nor did she answer it, “she said to ” Tunnel “.
She said she had not seen a change in her behavior, nor did she realize she was concerned. They still cannot explain why she wrote to them that she “did something evil and she would end it”.
“We could not find a reasonable explanation. Surely someone saw her. I appeal to anyone who can help us to call the show, so that we can even find a clue. We do not know why it all happened so suddenly … “said the daughter of the unfortunate woman.

“We ask for answers to our questions …”

“To find out what really happened, we need information, some details. Otherwise, we cannot be sure of anything … We still do not know the truth about Anastasia … That’s why we asked for the help of your show. ”
With these words, the husbund  of the unfortunate mother expressed to  “Tunnel” the agony of the family, looking for answers.
Until today neither himself nor his four children can decipher the text messages sent to them by the mother before she disappeared. 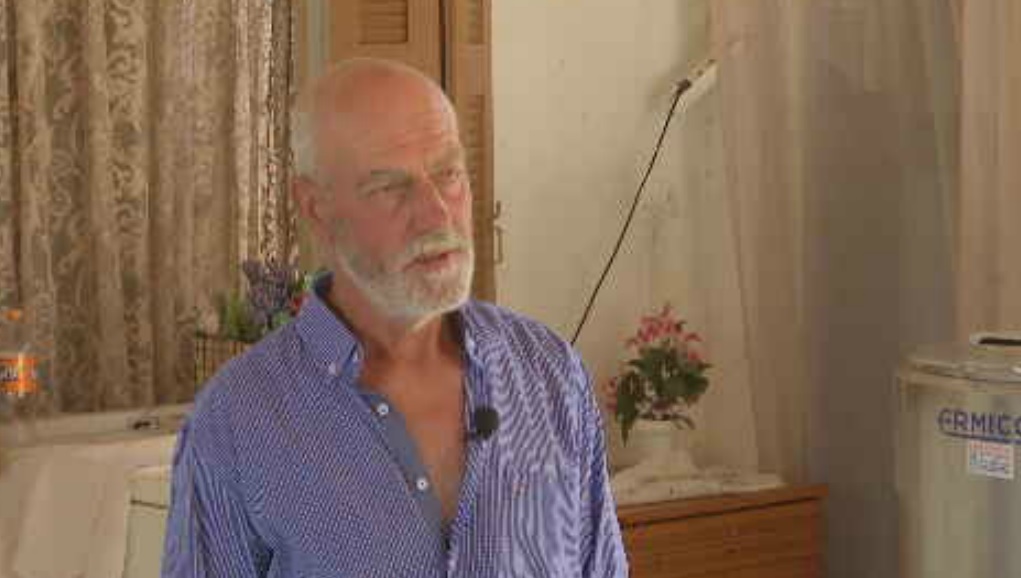 “She left our house without knowing why. For us this was a disaster. Our lives have changed from one day to the next… “, he said.
He said that he had never realized she was facing a problem, nor was she tired of the rural job  from where family’s income is coming from.
He sought to find in Ovrya a taxi driver who probably carried her, but without result. His research at the local bus station did not bear fruit because many people are passing through and the tickets are not issued by name. None of the relatives can explain why the woman took the morning she  disappeared from an ATM five hundred Euros. It was the first time she had withdrawn money without informing her husband. So far her handbag has not been found nor her personal documents and money…