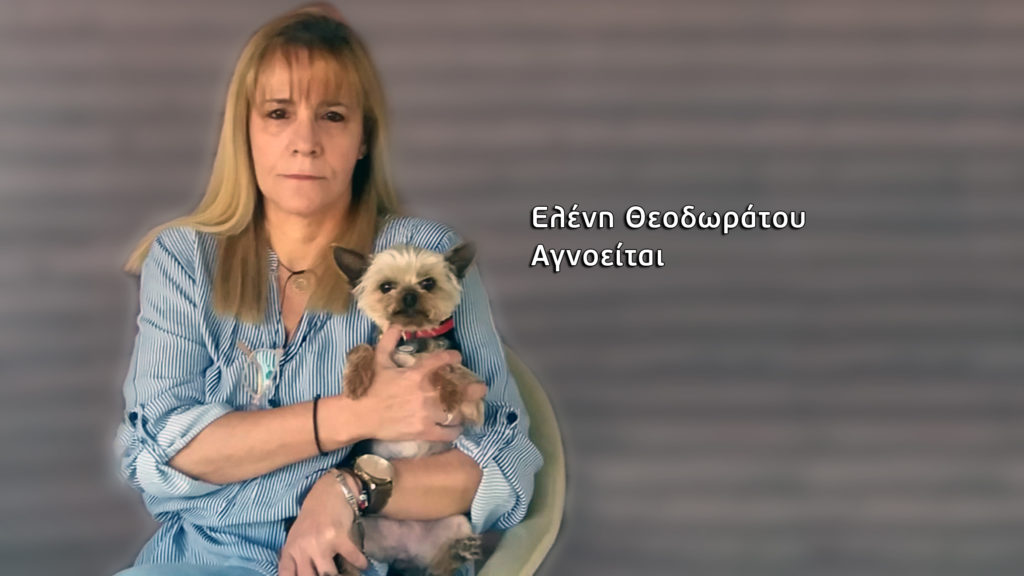 Mystery surrounding the disappearance of another mother of three girls.
Share

The traces of Eleni Theodoratou, 57 years old, suddenly disappeared on the way to her daughter’s school in Maroussi, on the morning of Monday, November 22.

The missing woman started from Menidi, where she was living with her sister, to go with the suburban train to her 14-year-old daughter in High School. But something happened along the way and she never arrived.

Her cell phone is switched off, while her ID and wallet were found at home.

Eleni has been unemployed lately and in combination with her divorce and the recent loss of her father and one of her brothers, she was psychologically affected.

In a telephone communication with the show, Maria Theodoratou, the sister of the missing person, appealed to her if she is somewhere out there listening, to contact her and to anyone who knows what happened to her, to help.

The external investigation team of the show together with Paraskevas Garyfallou, head of the association “Social Work” Offer “” and members of the Volunteer Group of Citizens Acharnai, searched overnight in the center of Athens to look for a trace of the missing woman, without result .

Eleni Theodoratou has a height of 1.62, blonde hair and brown eyes. She wears myopia glasses, while her special feature is that she has difficulty in speaking.

The day she disappeared she was wearing a black suit, gray sweatshirt and white sneakers.

For her disappearance “Missing Alert” has been activated.