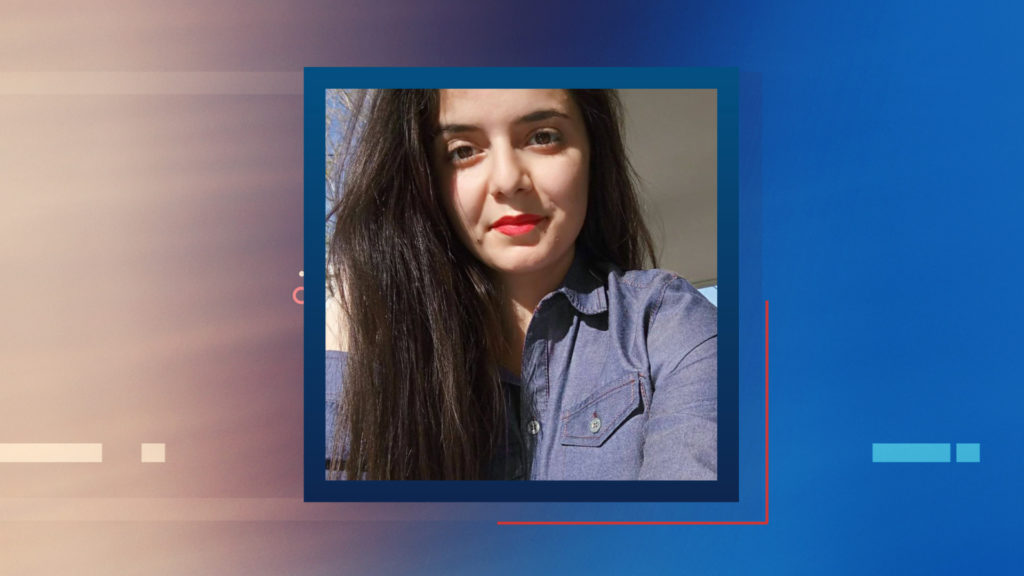 The disappearance of the 19-year-old from Koropi is evolving into a thriller without end.
Share

With the days passing without any sign of her life, Artemis Vassilis’s family appealed through the “Tunnel” for something that will lead to her identification.

The show revealed that two hours before she disappeared, she received a strange message on her cell phone, which is considered the “key” to solving this riddle. Security in Koropi is collaborating with the Cybercrime Prosecution to shed light on the darkness.

A classmate of the 19-year-old claimed that saw her shortly before her traces disappeared and describes the scene in “Tunnel”.

“I knew her and saw her getting on the bus…”

An acquaintance and classmate of the missing Artemis claims that she saw her boarding the bus of line 308.

“On Friday, October 16, around 15:30, I was in the kitchen and the “Christou Douni” stop is just below my house. From there passes the 308, the 330, the 120 and the 309. So as I opened the curtain it happened to see the girl below. There were others at the stop as well. She was standing, wearing her headphones and going up and down. Then she got on the bus and left,” she said.

When asked by a “Tunnel’s” journalist if others were waiting in the same stop, the witness answered:

“There was an elderly woman, a man around 45-50 and another lady standing around  the age of 35.”

What does the bus driver say about that afternoon…

The “Tunnel” located and spoke with the driver of the bus that, according to information, Artemis boarded shortly before her traces were lost. Apparently, she boarded bus 308 that serves the areas of Koropi, Paiania and Glyka Nera.

“Every day I make a different route. I was also asked from my work, but I do not know anything. Friday, October 16 I was on this line until 10:30 in the evening. I started at two and a half and I can’t remember if I passed by that spot at four,” he said characteristically.

When asked by a reporter of the show whether they have cameras in the bus, the driver answered:

“There should be cameras and recorders, but I do not think they record because of the protection of GDPR.”

Information from residents of Alexandroupolis in the previous show, talked about a girl with common characteristics, who was sleeping distressed on a bench near a central hotel in the city. Her boyfriend, with whom she recently had separated from, also serves there, something that “had cost her a lot”, as her friend stated on the show.

The search of the volunteers during the night showed that was not Artemis that girl, but another homeless woman who looked like her.

What her ex-boyfriend says about the disappearance…

Angeliki Nikolouli spoke with her 19-year-old friend who blocked her on Facebook.

“We have been talking with Artemis since the summer, we went out twice and that’s all. Nothing else. I understand the seriousness of the situation, but where I am now, there is not much I can do. I found out she has been missing, but I cannot help.”

When asked by the journalist why he blocked hen on Facebook, he replied:

“It happened for personal reasons. She knows why. From the summer onwards I had no contact with her. Within a few hours you cannot understand anything of a person’s personality. I do not know what has happened. If I could help, I would do it. But I am elsewhere and I have a responsibility here,” he concluded.

Regarding the young girl’s cell phone, the following became known:

In the same device she had two SIM cards, with different numbers, one in her father’s name and the other in her own.

The mobile phone was switched off at 6:10 in the afternoon of the same day that she was lost, while the antenna that caught the last position and the switching off is Pallini’s.

In a live connection from the home of the missing person in Koropi, her parents and her brother appealed to anyone who might know something to come forward in order to put an end to their agony.

“Thank you very much for dealing with the case and helping us. We just want to know she is alive and that’s all,” they said characteristically.