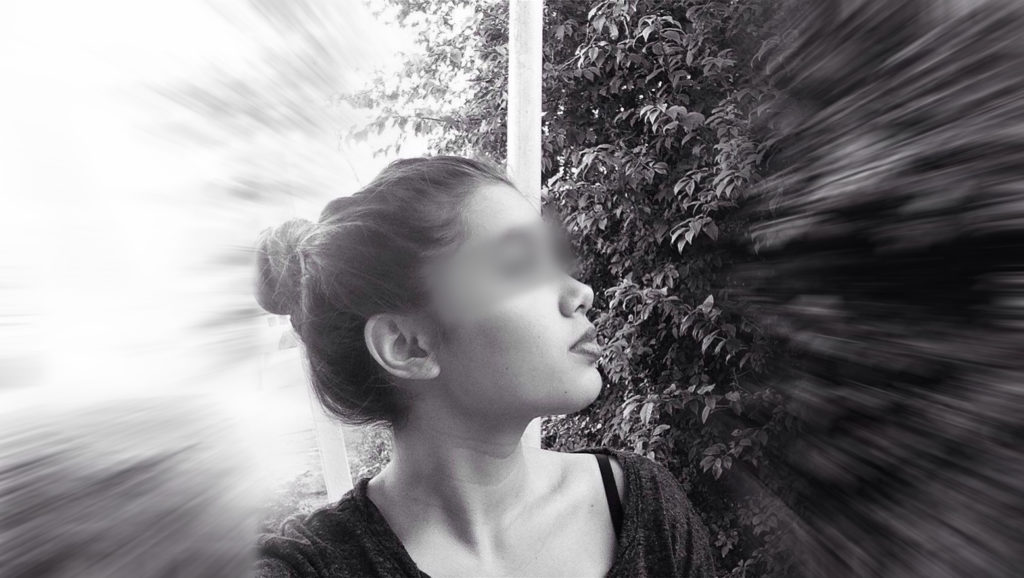 "Tunnel" presented a document from security cameras for the murder of the young mother in Glyka Nera by unscrupulous robbers.
Share

The show conducted again on-site research into the mystery area in an attempt to gather evidence of the heinous crime. Followed the path that the perpetrators probably took on a deserted, nearby road.

A camera recorded a dark car turning on this road and after about two hours it returned and disappeared quickly.

What the tragic husband said to Angeliki Nikolouli…

The husband of 20-year-old Caroline wanted to put an end to the rumors and scenarios, which have been raging for the last few days, about what happened inside their house on Panagouli Street.

He seemed particularly annoyed by the report to the psychologist that his wife was visiting.

In a communication he had with Angeliki Nikolouli, among other things, he stated:

“I really do not know who thought that the psychologist we went to after my wife gave birth had anything to do with the robbery. I have heard enough speculation, but that our psychologist will help find the perpetrators, is by far the most invalid.”

The “Tunnel” secured material from security cameras in the area where the heinous crime took place.

About two hours later, at 5.30 in the morning, when the perpetrators are said to be leaving from the spot, we see an almost identical car coming out of Diadochou Pavlou in Lavrio, crossing it vertically and turning towards Agia Paraskevi.

In another camera on Lavriou and Panagouli Avenues, no vehicle has been recorded heading towards the couple’s house from 03.00 in the morning onwards. There is traffic after 05.30 in the morning.

Is this where the perpetrators waiting out of sight?

The broadcast after the material from the security cameras that brought to light, made an autopsy on the street where the perpetrators allegedly hid and escaped from.

There are few houses and businesses in the area. A few meters away from the house where the murder took place and in a road with trees and dense vegetation, the perpetrators could leave their car and head from the field on foot and undisturbed towards their target.

The show spoke to the few residents and workers on the street, in case they saw anything that could help the investigation.

“We saw suspicious movements days before…”

Residents of the area talk to “Tunnel” about strange movements a few days before the heinous crime in the maisonette in Glyka Nera.

“I was listening to a motorbike the previous days, which was standing for a few seconds at the corner of Parodos with Panagouli street. They drove around the block, returned and left. It gave me the impression that it was a big one. I did not see anything, I was just listening, because it was late, around two in the middle of the night”, said a resident of the area.

“These are anthropomorphic monsters. I wanted to know if they were not born of a mother, how can they kill a mother like that?”

Another witness, who lives near the house of the tragic couple, spoke on the show about what had happened a few days earlier.

“We were also targeted. The bell rang twice at four o’clock in the morning. They were plowing the area fifteen to twenty days earlier. Someone would come and look on a bike, going slowly and wearing a jacket hood so that his features would not be visible.”

“They tied us up and threatened my child for the money…”

A victim of a wild robbery, as in Glyka Nera, called on the show to testify.

“We have informed GADA and the Crimes against Life Department because our case has many similarities with that in Glyka Nera and we thought maybe we could help in some way,” the lady who called the “Tunnel” said.

“We live in Loutraki and my family is known in the region. We had sold a large property and the perpetrators believed that we had 1.5 million euros in the house. Six people broke in, we just remained calm. They tried to kill the dog. The two of them, while they were tying us up and holding a carbine and knives against us, threatened to take the child to tell them where we have the money.”

“The Loutraki Department never dealt with our case. Now we have been told by GADA that they will retrieve it,” she concluded.