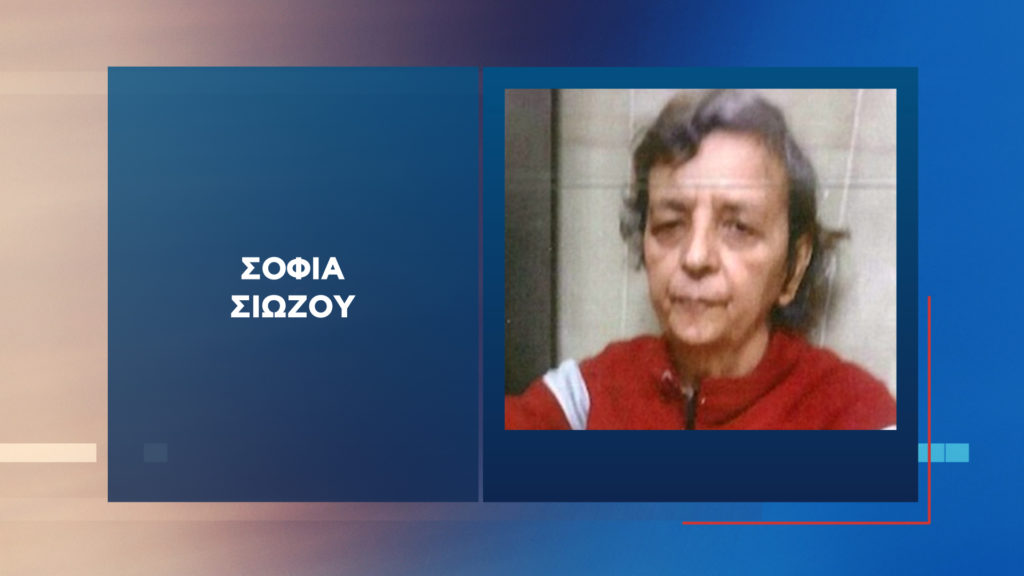 The tenant of a nearby building complained of a strong stench, they called the Fire Department and the unfortunate old woman was found dead and decaying on the tiled roof.
Share

The epilogue to the disappearance of 76-year-old Sofia Siozou, who had disappeared since Tuesday, June 1, from the Epirotika district, where she lived with her husband and son, is tragic.

The unfortunate old woman who suffered from dementia, was especially loved in the area as she was a teacher for a number of years and there had been a great mobilization all these days to find her, but without result.

Through the “Tunnel”, her husband, devastated by his “Sofaki” as he called her, had appealed to anyone who knew anything.

The building where the old woman was found was next door to her house and she may have been able to pass through her own roof. For the release of her body 26 days after her disappearance, a large operation had to be carried out by the Fire Brigade.