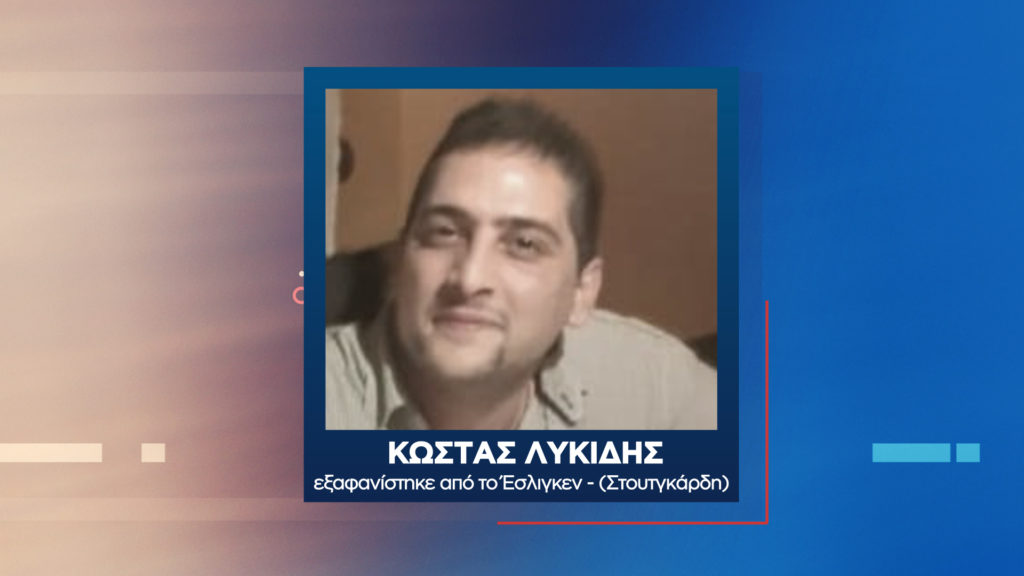 The disappearance of a Greek in Germany had a tragic end.
Share

His parents were looking for him last Friday in the “Tunnel” and on Monday, November 2, the authorities informed them that he was found dead 2 kilometers away from the place where he was lost.

He was 33-year-old Costas Lykidis, who disappeared on Thursday, October 8, from Eslingen near Stuttgart.

On the way from his brother’s shop to his mother’s house, his traces were lost and they were looking for him anxiously.

He was accidentally found dead by an employee under a shed inside a private complex housing a newspaper group.

The causes of his death are being investigated by the German police.

Mother and uncle of the unfortunate young man spoke to “Tunnel” live from Germany and appealed to anyone who knows something to give them the answer for their child.