The search for the missing woman began blindly, with only a blurred image of her of a security camera ...
Share

The careful analysis by Tunnel showed the detail that turned the “simple” disappearance into an incredible thriller … What the broadcast revealed, was shocking …

The traces of the dynamic Cretan Evangelia Lytinaki were suddenly lost on the afternoon of Sunday, December 9, 2018, from Agia Marina, Chania, where her three siblings are living… 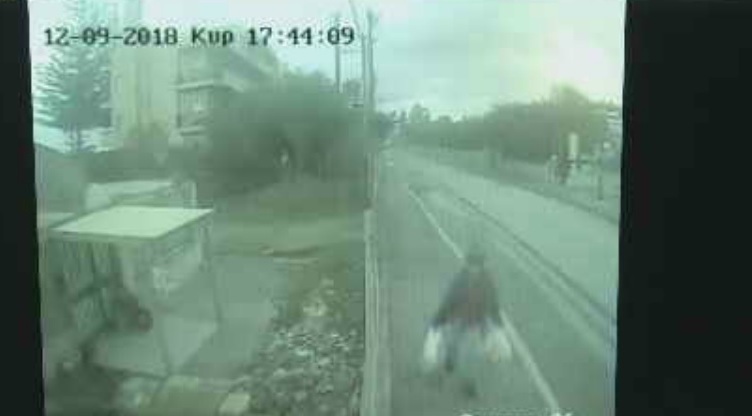 Document from the time of the disappearance…
Sunday  December 9 at 17:43
Tunnel’s  camera recorded the document with the last image of the missing person. Evangelia Lytnaki was recored getting off the bus at Agia Marina bus stop, holding shopping bags and heading to her brother’s house.
One minute later, she returns to the busstop, takes the other bags she left there with the stroller and returns to the same spot.

Since then her traces have been lost. No camera in other parts of the area, recorded  her getting in a bus to return to Chania’s Nea Chora where she was staying.
Residents of Agia Marina contacted  “Tunnel” and reported that no one saw her after the last picture of her recorded from the security camera of her sister’s house.


Does the camera show the right time?

There were  viewers who pointed out that the time on the security camera hardware might be wrong. Some even did research on the internet and found the sunset that day was at 17.11 in the afternoon.


She disappeared with shopping bags in her hands …

Her brother understood that Evangelia was lost when the days passed and did not contact her beloved nephew who had returned to Greece. He tried to call her, but her cellphone was deactivaded.

She left the bags she held and asked him when his son would return from abroad where he was on vacation.
“Where she went with the stroller and the bags, I cannot know … Maybe she wanted to leave them somewhere else …”,  Thodoris said. 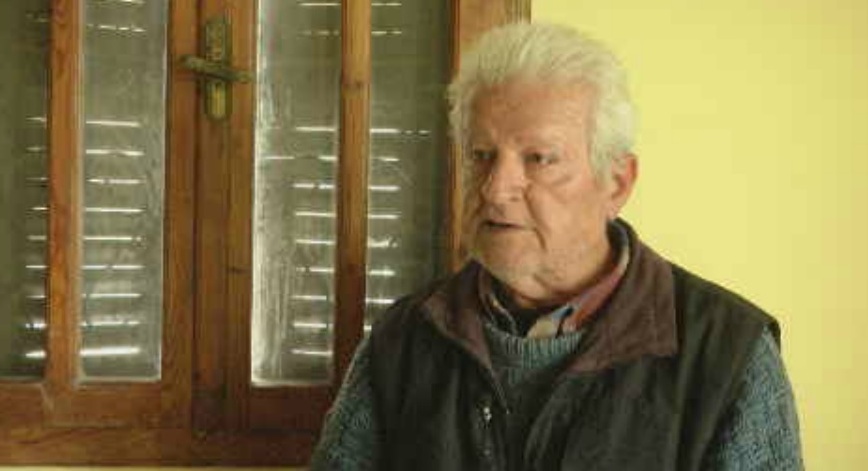 According to him, the missing person often helped the  third sister of the family and her two unemployed children as they faced financial difficulties. She supplied them with food and other necessary things, and had previously paid their house electricity bill.
As her brother told Tunnel , Evangelia stayed near Chania in Nea Chora region and was not driving. In order to visit her relatives in Agia Marina, she was using the bus. In the summer she visiting  more often the area for swimming, and because she had not had children, she used to visit her nephew who is running  a tourist business in the area.
“How is she disappeared between Chania and  Agia Marina? I cannot accept it. She did not have any health problems.  My mind has turned to the version of the criminal act … “, he told  Tunnel. 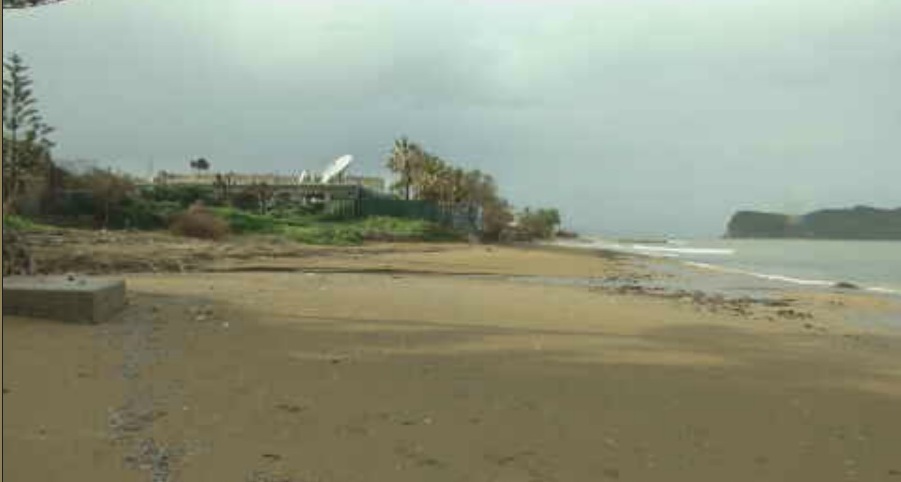 Conflict for a plot of land…

Tunnel found a witness who knows details about the family assets and spoke with him. As he revealed, there was a quarrel between the four siblings about a seaside plot – “fillet” in the area of ​​Agia Marina. Both of the three sides wanted to sell their share and tried to initiate the process through brokerage firms. At a relevant appointment, two of three siblings went, but not the missing woman  who refused to sign for this sale. Their family quarrel, as they say, has to do with this plot. 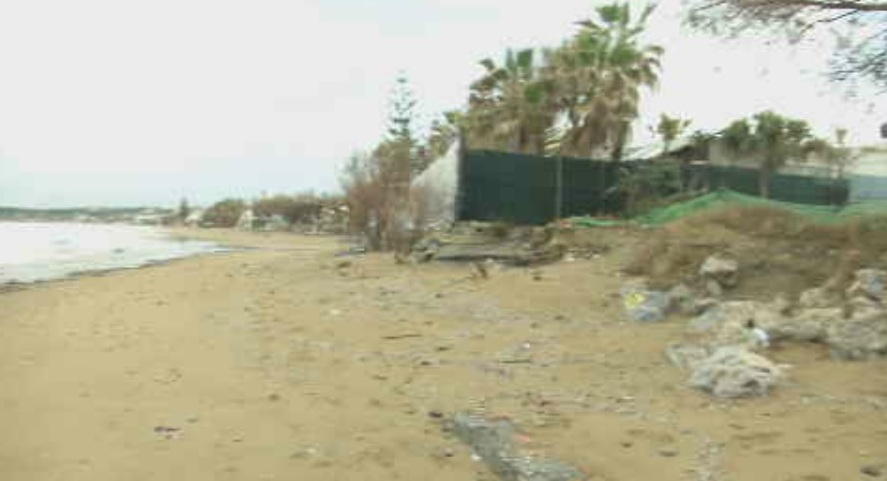 “I cannot accept she disappeared…”
Her brother understood that Evangelia was lost when the days passed and did not contact her beloved nephew who had returned to Greece. He tried to call her, but her cellphone was deactivaded.
“We were mobilized almost immediately. The lawyer took over and we went with police officers and opened her house with the spare key my son had. The front door of her apartment although was closed, it was not locked. Everything seemed neat. All I got was a recent photo of her  from the bedside table, “her brother told ” Tunnel “.
The bus stop of the line that Evagelia would take to return to Chania is located across the street from the houses of her relatives. But the security camera did not record her to go to that bus stop.
“No one saw her? This is a village, it is not New York city… I will not accept her disappearance … Whether it is an accident or a criminal act … Because I am thinking  of property disputes she had. I cannot speak openly, it’s a matter of Justice … “, emphasized her brother.
Through “Tunnel”, he appealed to anyone who knows something about her fate, to help him.
“Someone must came forward to go and find her… I have searched, where her  olives trees are, at the sea side… Even in New Zealand that she had lived before I called… I am her brother if I do not care who will care? “he concluded.

“I wish she is alive”
Angeliki Nikolouli contacted the sister of the missing woman with  who allegedly had differences and her house is close to the point where the  camera was recorded her before she was lost.
As she said, the police, continues the investigation into this strange affair, also checked herself. She claimed she had spoke on the telephone with  Evangelia a few days before she disappeared, something she has also testified  to the Authorities.
She said that in the past, after a business misfortune, the missing person supported her but had no contacts lately because of a dispute over their assets. Evagelia initially did not agree to sell its own share from a seaside site of considerable value.
“Despite the difficulties I face, I do not care about money. The point is Evangelia to be found because I’m very worried. The police came and they found me in the field where I picked greens. What are these things? Would  I hurt my own sister? When they say she came to the area, I was in my field like every day. If I saw her I would not tell the police? My brother was wrong, who said she came to me and brought me food. She was bringing  him  food all the time… “, she said.
In a related question by the reporter about  her movements as they were recorded by the camera that shows her at first to her brother’s house, after taking the stroller that she had left and returned, she replied:
“She did not come to my house. She could leave from my brother’s back door leading to the side of the beach, which she used to do. The rain would not disturb her. I wish she is alive and I will be really happy… “.
She claimed that the missing person was bringing food to her house, but she hung them  in the locked front of the plot on the side of the beach because she did not want to get inside. She said her two children, who did not come out of the house after a shock they had suffered in the past, did not see Evangelia that day.
“I do want neither a farm nor money I want Evangelia to be found .  We are victims her and… Both of us suffered a lot…  I have searched her everywhere on the mountain, at the sea, wherever  I could … Please help us to find her … “, she ended up with sobbing.

“We did not see her returning home…”
Tunnel was found in the neighborhood of the missing woman.
The news of her disappearance has surprised both the occupants of the block of flats where her apartment is located, as well as the inhabitants of the area. Nobody can explain what happened.
Her neighbors described her as a woman with a strong personality who was reacting when something bothered her. “It was the” radar “of the block of flats. If something happened, we learned it from her. We were surprised when we learned that she was lost, “said one of the tenants. 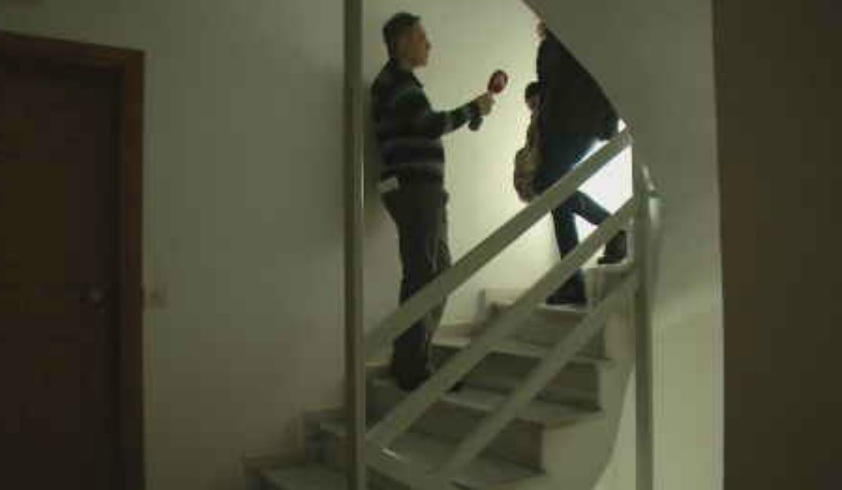 A neighbor told that she had met her in the flea market a day before she was lost.
“She was shopping with her stroller and talking on the phone … I know that every Sunday she was preparing food  and going to her brother in Agia Marina with the bus. The next day I did not see her clean in the building as she used to, and I realized something was happening … “, she said with concern.
The person in charge of the cleaning company who takes care of  the apartment building that she was living, spoke to “Tunnel”. The missing person used to inform the company when she was going to be away from her apartment for a long time. 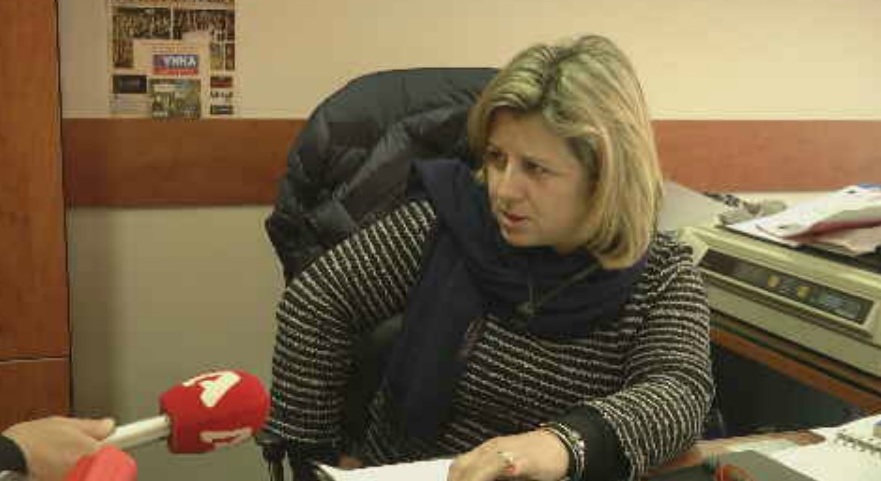 “This time she did not say anything to us. She was consistent in her payments. The only thing  she told was that she was taking care of her brother because he was sick, “she said.
The missing pensioner has a height of 1.60 and white hair.  Her mobile phone has always been with her and has not been found. Phone privacy is pending. She always had her handbag with her personal papers, and her keys were on her and not on her bag.

For her disappearance has been isued Silver Alert.