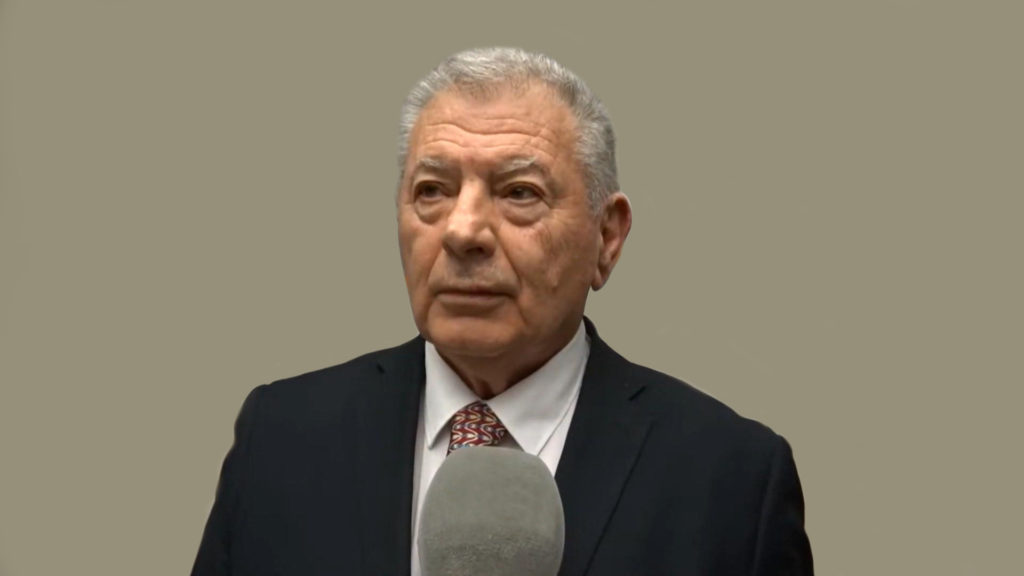 The show brought to light the unknown background and the testimony - "fire" that launched the developments and paves the way for the revelation of the truth.
Share

After the new testimony that “Tunnel” brought to light about the Valyrakis case, the first witness who had testified before the authorities from the first moment, spoke again.

“I heard an argument, I saw the boat with full power, causing intense waves and twice swirling around the inflatable. I testified everything to the Coast Guard”, the witness had said while speaking on the show “TLIVE” of Tatiana Stefanidou.

In “Tunnel” today, he spoke about the difficulties he has encountered since he decided to speak out but also about the moral justification after the appearance of the second eyewitness.

“I am in a very difficult position in this society, especially with the store. Every day I hear that I have been bribed from the Valyrakis’ family to say what I said. I have been in Eretria for so many years, I have not given any rights, we have families and you cannot imagine now what I am going through lately. With the appearance of the second witness who spoke on your show, the perpetrator may now be found. If I had seen the whole scene, there was no way I could have sat without takinh any action. Maybe we could have saved the man as well,” the witness stressed.

The testimony – “fire” in the “Tunnel” that launches the developments…

In the previous show, “Tunnel” traveled to Evia to meet the man who, as he claims, saw the murderous attack on Sifis Valyrakis. The testimony, which sheds “light” on the case that “froze” the whole of Greece, paves the way for developments.

The witness testified in detail everything he saw to the Security of Attica.

He clarifies that he never mentioned anything to the Coast Guard of the area, because he was not feeling safe…

Watch the whole testimony in the “Tunnel”.

Valyrakis case: The testimony from the “Tunnel” in the Parliament…

Rapid developments and political reactions were provoked by the revealing testimony in the “Tunnel” of an eyewitness who claims that Sifis Valyrakis was assassinated.

Andreas Loverdos, from the Parliament, called on the Minister of Justice, Costas Tsiaras, to ask the competent prosecutor for the immediate clarification of the case.

Last Monday, MPs of the Movement for Change submitted a question to the Parliament, to the Ministers of Shipping, Citizen Protection and Justice, requesting the full clarification of the death of Sifis Valyrakis.