The thriller unfolded a year ago in the wider area of Ierapetra, with missing man 34-year-old Kostis Kornelaki.

His traces were suddenly lost at the end of November 2016 from the village Pefki. He would stay for a few days in his father’s house to help him gather olives.

But no one paid much attention to the dangerous signs …

The night before he vanished he had a wild quarrel on the phone and his voices were heard throughout the neighborhood. Witness later revealed that he boarded in a white car with an unknown driver, but nobody knows where they were headed.

Since then there has been no sign of his life.

The investigation of the show revealed that some time before he was lost, he received threats from foreigners living in Agios Nikolaos for one hundred and fifty euros that they claimed he owed them.

Costis had told his beloved sister he was ready to make a fresh start in his life. But he fell into the nets of a ruthless circuit …

Mother: They killed my child and buried it …

His mother, who has lost another child in the past, does not believe her son is alive. All she wants to soften her drama is  those who know what happened to unfortunate Costis to come forward.

“I want them to tell me where they have buried him…He is a human being… “was her touching words. 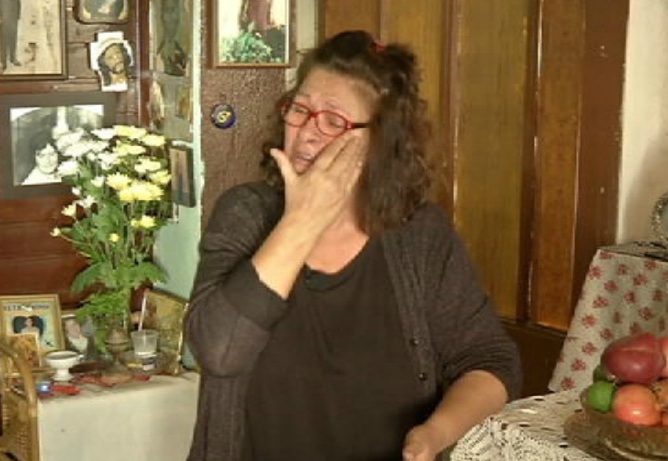 “If my child was alive, there was no way he could not communicate with his sister wherever he was,” said Costi’s mother to”Tunnel”.
Ms. Venetia goes up every day her own Calvary and tries to find light in the darkness that swallowed her son.
She said that at the end of November 2016, Costis went to his father’s village, Pefki, to help him gather the olives.
“After two days I called him on his cell phone to see what he was doing. I called him back and the phone was switched off. I got his father on the phone and then he told me that our son had gone two days ago. I immediately went and informed  the police. ”

Anxious in the next few days she constantly called Costis father to know if he had any news. At one point he reported that a friend named George had seen their son getting  into a small white car. In the past the same car carried Kostis from Ierapetra to the village. He also told her that the night before he was lost, he had a quarrel with someone on the phone and he was yelling  . In fact, he broke his cell phone.
His mother mentioned one more event. In the past Costis had differences with a couple. Despite the misunderstanding between them, the couple’s husband proposed to her son to host him at his home in Heraklion a few days before disappearing. He later told police officers that he did not see Kostis at the time.
In her desperation, Ms. Venetia contacted the child’s father and asked him to search the surrounding area for an accident. Police officers investigated the wells without result.
She herself through “Tunnel” with tears in her eyes, addressed the most dramatic appeal a mother can make for her child.
“Those who know please come forward, tell me the truth, to stop living this drama …”

“Someone with a car took Costis “

“Tunnel” was found in the small village from where Kostis was lost. The inhabitants knew the missing man well. The owner of the cafe, who spoke to the reporter, remembered that shortly before he lost, he was in his shop. He described him as a quiet man, who did not cause problems.
The villagers remembered him to appear in the village, at his father’s house from time to time, when he was not staying with his mother. Some of them thought if Costis  has left abroad.
His sister Christina spoke to”Tunnel” outside their father’s house from where the 34-year-old was lost. She said they were very close to each other, and often Kostis conveyed to her the concerns he had and the difficulties he was facing. 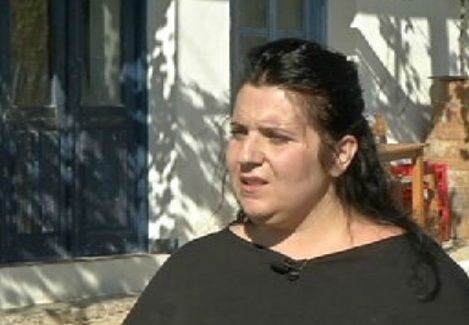 “He had trusted me that he wanted to make a new beginning in his life and that he was preparing something. He preferred to tell me the details when we would meet, but he disappeared, ” she said excitedly.
George Kornelekis spoke about the ten-day period that his son had hosted in the village. One afternoon he returned at the house and Costis  was missing. At first he did not worry. He believed he went to the city of Ierapetra or Heraklion, as he used to. He said the night before he was lost, he was very upset. He was shouting with someone in the telephone and his voices heard throughout the neighborhood. It was not the first time that this happened, but he did not know with who he had that quarrel. When he asked him, Costis said he was talking to some Albanian  without giving more details.

“They threatened Costis shortly before he was lost”

His uncle Manolis Giannakoudakis who spoke “Tunnel” also participated in the investigations for Kostis. As he said he asked the friends of his missing nephew, but he did not manage to learn a lot. He is convinced that some people know and have not spoken to this day, probably out of fear. 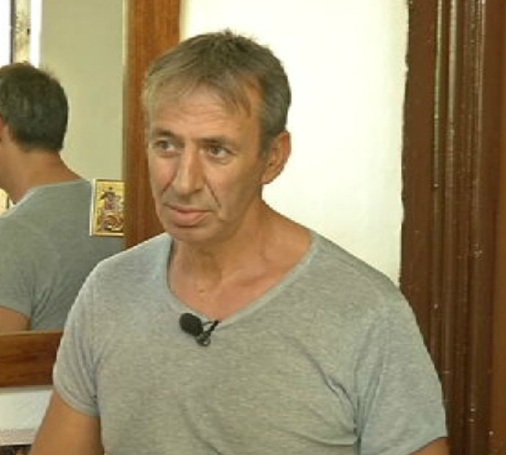 “He had nothing to share with anyone. He was a quiet kid and lately he was staying with me. A few days before he lost, an Albanian living in Agios Nikolaos called to my own phone and asked for my nephew. Costis made showed  me that he did not want to talk to him. I asked the Albanian what he was asking for and he replied that Costis was owe money. I tried to find out details and he said briefly, “He knows what I am talking about”  Then I asked my nephew what is going on, and he refused that he owe money to someone. We are talking about a hundred and fifty euros, this what I was told. ”
In a little while, another Albanian called again the uncle and in a threatening tone reiterated that Costis must return the money he owes to his friend and they will not hurt him.
A few days later he left for his father’s village from where he was lost.