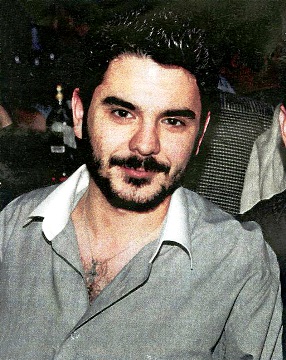 The nightmare that lives for four years, the mother of Marios Papageorgiou revived for a few minutes in the courtroom.
Share

The trial for the kidnapping and murder of the unfortunate young man in the Mixed Jury Court of Appeals, was postponed for March 3, 2017 at the request of the lawyers of the family. Petros Michaleakos and his wife Voula Sioutalou did not appear in court.

The counsel of the defendant, however, opposed the postponement of the trial describing the judgment at first instance monstrosity.

Relatives and friends of the unfortunate 26 year old were once again on the side of the tragic mother Varbara Theodorakis outside the Court of Appeal.

For the case of Marios four others were convicted , while two were acquitted Anastasios Bassadis imposed suspension the six years of sentence for direct complicity in extortion attempt.

Aristides Korentios sentenced to four years suspended imprisonment for membership in a gang to commit a felony. Brothers Gerasimos and Vasilis Tampakakis prison sentences 3 and 2 years respectively, which is redeemable.

The last three, according to the judgment, participated in the attempted kidnapping of Marios mother Varbara Theodorakis. Innocent declared Korentios wife, Eugenia Tampakaki and Panagiotis Chaikalis due to lack of evidence.