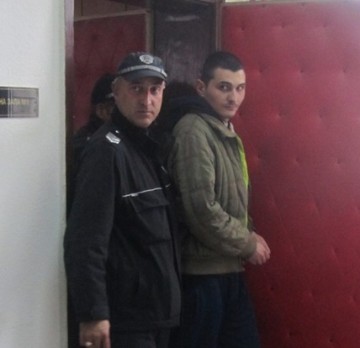 In Greek prisons is from Thursday, March 24 Bulgarian accused of the grisly murder of little Anni with her father.
Share

Originally Nikollaj or Nikki Achmentof 30 year old, was transferred to the Appeals Prosecution under tight security after execution of the arrest warrant pending against him, he was driven to Korydallos prison.

First “Tunnel” was broadcast the news of his arrest in Bulgaria where he immediately had fled after the crime. Bulgarian police officers found him in his den in a village near the town of Gabrovo on Wednesday, February 17th.

The existence of the second person in the basement apartment of Michael Voda where the heinous crime was committed, had revealed by the “Tunnel” when housed in studio the mother of the unfortunate 4 year old girl.

The horrible murder of the child who froze the National, happened on Good Friday 2015.

See frame-by-frame the details of the case.