After months of constant and methodical research, Angeliki Nikolouli presented for the first time unknown documents in Agrinio thriller.
Share

On Friday December 9, friends of the unfortunate Dimitris Tsinias 20 year old, revealed everything he confided to them before losing his life in the rigged “rolling”…

Everything lead to a group of “hard” young men, who act as a gang in the area …

For the first time, they spoke for threats, weapons, appointments- traps, horror stalking with a black jeep and the strange role of a girl who was involved with the gang and the victim was protecting her.

In the show witnesses from Agrinio called and gave information about gang members who are terrifying the region. 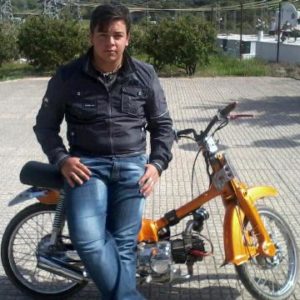 The family lawyer Christos Andrias, which was found in the studio, said that he will submit a new statement to the Prosecutor with the testimonies provided by “Tunnel” and with new evidence that lit the misty.

“Witnesses have composed the puzzle and they available to testify ” said the lawyer. “The lawsuit for homicide that we have complaint, would pave the way for the truth.”
He appealed to the girl who the victim was protecting to tell the authorities everything she knows about the gang members.
“She owe that to his memory and perhaps in this way she could help other victims ” he concluded.

Dimitris Tsinias 20 year old, was found dead at dawn Saturday, June 21, 2014, at the exit of the road George Papandreou tunnel. The technical adviser appointed by the family, proved by research that another vehicle was involved. This conclusion came also from two witnesses who “Tunnel” found at the place of the incident, which refer that a black jeep hit the unfortunate young man with his motorbike. 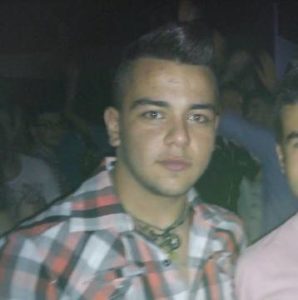 The girlfriend of young Dimitris Tsinias speaks on the show for all that he had revealed to her before losing his life.
“I noticed the tattoo with a date on his hand, because it was recent. At first he did not want to tell me what it meant for him. After pressures, he revealed to me that it was referring to the day someone tried to kill him. ”
The witness insisted for details but Dimitris was adamant. Someday he was pressured by various events, he began to narrate to her the incidents he had lived and which marked him.
“He told me about a girl some were exploited and how he helped her. As a result he got their attention
The witness claimed that the “hard” group since then , started causing problems to him.
“One day that girl who was a victim was at a coffee shop , and once again someone from that group annoyed her. She called again to Dimitris for help, he came to the point, and then the “gang” started chasing him with threatening moods. He tried to hide with his motorbike under a building. But he was seen by a member of the group who continued to chase him with a gun! Dimitris managed to escape, ” said at ” Tunnel ” the friend of the victim.
“Dimitris knew who they were, but he did not reveal to me their names because he did not want me to get involved with them. As for the girl, I know who she is … ” concluded the witness. 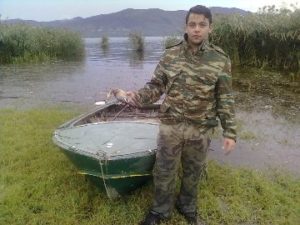 “They chased him with a jeep and pulled a gun …”

What described to “Tunnel” a close friend of the unfortunate Dimitris Tsinias, is shocking.
The “key” – witness -spoke to the camera of the show from the spot where the unfortunate young man suffered the violent attack by the group of the “hard”, who took advantage of his girlfriend.
” Dimitris had talked to me about this incident. He said that he was chased by two men who were in a black jeep. One of them came down and threatened him with a gun. Sometime he pulled him by the shoulder. Dimitris hit him back and saw that he had a tattoo on his arm, sleeve style. After that he started to run away. I was worried and I asked him what he intends to do because what had happened was serious. It was not just a brawl, they had been threatened him with a weapon. He replied that he did not intend to do anything, because he believed that the matter was over. ”
The witness after the death of his friend, went to the point where he lost his life. From what he saw and learned, he realized that it was not a rolling. Then he decided to try to find the girl who Dimitris was protecting, in an effort to find out what really happened.
“I remembered that Dimitris had spoken about her. He was a good boy and wanted to help her , he was helping everyone. When I managed to find her at first she did not tell me anything. After pressure from my side she burst into tears. Then she revealed to me that those who were after my friend are unscrupulous. She said that they use a black jeep. Now I believe that they moved against him because Dimitris wanted to help her escape from them. ”
The witness also stressed that his friend was receiving frequent text messages and calls from strangers. Once they had set an appointment in a place and when Dimitris went to the point, they were gone.
“When I asked this girl if those persons bothered her after Dmitri’s death, she replied negatively. I believe that we are dealing with a gang, ” the witness concluded. 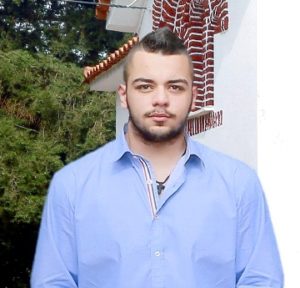 Friends of the victim dissolve the fog

Friend of the victim who knows details, spoke to “Tunnel” camera for an incident he lived.
He was together with Dimitris and a girlfriend at a cafeteria of the region, when in front of them passed a young man. He was the man who often bothered with telephone calls and text messages the girlfriend friend of Dimitris who at that time was sitting with them. Dimitris stood up abruptly and told his company that will return in a short time. One of the guys who was at that time with him followed.
When he returned to the cafeteria, he told the group that had a fight with this man and if his friend had not followed him and finally stopped him, the whole thing would have taken great dimensions.
What strucke the witness was that to the girl who sat with them, she did not try to stop Dimitris, but neither reacted to what he told them when they returned.
Another friend of Dimitris had informed him about the incident of the attack against him by the group of the”hard”, talked to “Tunnel”. As he said, he began to combine the facts and unites the mystery puzzle after the death of his friend. Tsinias had confided that he was attacked by two men with a black jeep. They began to hunt him and one of them who a typical tattoo on his arm, caught him from his shoulder and pulled him.
“Dimitris not talked openly about these issues. Perhaps because he wanted to protect us. He told me about a girl who had helped , but he never described her , ” the witness concluded. 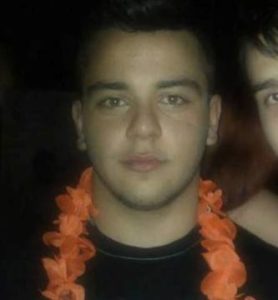 April 2016: The mother shows at the place of the first elements

The mother of the unfortunate young man Anna Kapniari in April 2016 was found with the reporter of “Tunnel” to the point where her son was killed, a few meters from their house.
Then she described at the broadcast camera the conditions that prevailed the night her child was lost forever. The weather was good, and the pavement was not slipping.
There she gave from this certain spot the first elements that paved the way to expose the staged death scene.
Although Dimitris was not wearing a helmet, the motorbike he was driving could not develop such speed that would justify such a severe impact with instant death.
As she said on the show, near the tunnel was a pulsating signal but the fateful night, was not working. The same thing happened with a security camera that was there.

According to evidence that the family managed to gather after research, with the contribution of a special expert is considered certain that a second vehicle was involved and fell firmly on the bike that the unfortunate young man was driving.
The hard blow that received the vehicle it is obvious by the distortion of the skeleton. The steering wheel almost united with the saddle seat.
The victim’s mother then reported for the first time a fight between her son and group of people. Dimitri had offered to help a girl to escape from this group and had hosted her for two nights, at his grandfather’s house.

Eight months after: friends testimonials shed light in the darkness

After eight months witnesses began to speak to “Tunnel” one after the other. The mother thanked them for appeared even so the family can finally turn on a light in this dark case and reveal the truth.
In memory of her beloved son, she bent in front of the camera. Nobody and nothing can fill her blank. All she ask is to be vindicated the memory of her son.