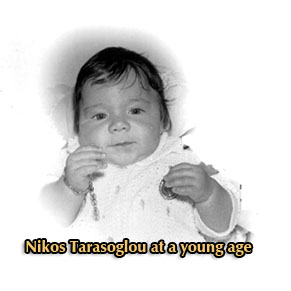 Nikos Tarasoglou is looking for his biological family.
Share

He was born on February 27th 1969 at Tsigkounis clinique and he was declared under the family name of Leonidas and Sofia Tarasoglou. According to information, his biological mother was probably a woman named Soula (from Athanasia), 18 years old, from Komotini or Crete. At that time, she was working as a nurse at Papadimitriou hospital or at Tsagkaris clinique. His real father was probably a German doctor who was working with his mother at the same hospital.