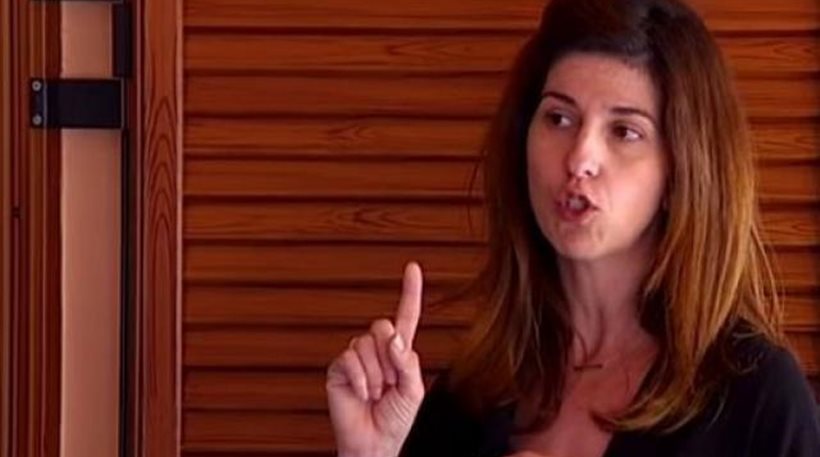 Shock in Koilada Argolida. The darkness that covered the secret of the captain's murder was illuminated. Actor, according to her original confession, her own wife and mother of their 10-year-old girl.
Share

The theater of the “devilish widow” who even played in  “Tunnel” lasted seven whole months.

At dawn on Friday, July 24, 2015, she allegedly confessed after about fifteen hours of interrogation, the murder of Thanasis Lambroθ, 42, a captain in a known shipowning family.

Then she began her famous theater again. Ηe took back what he confessed by telling them that he did not understand what he was saying because he was tired …

Earlier, cold, harsh and without a trace of remorse, σhe described everything that was done that fateful Monday of December 8, 2014.

Dimitra Voulgaris-Lambrou claimed to  Police officers that she had no intention of killing her husband, but everything was done in a row at the house of their family friend.

That noon returned home from Kranidi and did not find her husband there. He was concerned, as he claimed and sought in his friend’s home, near his own in the Valley.

According to her confession, when she found him she was particularly aggressive to her. Their last relationship was very poor and he was jealously ill. “Whatever man I was talking to, he thought he was my lover. The situation was unbearable. He even hit me, “he allegedly told police officers.

They struggled intensely and at one time her husband was found with their friend’s gun in their hands. He tried to get it and when he did, he turned it back, as she said, to his quiver saying “what you want to do, I will do it myself”. In the ensuing struggle she did not understand, as she claims, that the first sphere that hit him in the peculiar country had come to light. Her husband fell on her knees and without realizing it “arose” and a second shot at his head.

In the process she covered her traces and set up a suicide scene by putting the revolver in the hand of her mortally injured husband.

Then he grabbed the bag and his phone  and left them in the armchair of their house to show that something sudden and serious took him away from home.

Forensic laboratories of Greek Police had found DNA in the victim’s nails, which testified to their involvement. There is other evidence from the labaratories that confirm her confession.

“I was a robot with mechanical movements and I do not remember what followed,” he told police officers.

According to her confession, there is no second person involved in the murder of the captain and everything was done by herself “over a bad moment”. It is estimated, however, that he did not tell the whole truth and probably covered another person who should have been in the same place.

The case was carefully investigated by Nafplion Police  in collaboration with the Department of Homicide at Athens.

The show of the widow in “Tunnel”

The “diabolical widow” had appeared twice in the Tunnel studio. From the first moment and with the appropriate questions of Angeliki Nikolouli, she showed her coldness and indifference to her dead husband. She said she lives only to see the capture and punishment of her husband’s murderers.

When the reporter asked her about the identity she wore on her throat with the name of her wife, Thanasis, she replied that she felt it close to her and gave her the power to go ahead with the search for his murder.

In the last show for the season, he was housed again in the studio, accusing Nafplion police officers of not doing their job well and asking for other experienced police officers from Athens. When Angeliki Nikolouli’s questions became compassionate about the way the victim’s handbag and cell phone was found in her house, she lost her words. It was one of the few times that her speech was not flowing and she did not immediately find the answer as she used to.

When the police officers went to her house at dawn to ask her to join them in the filing department with her daughter, she reacted strongly. He threatened to complain to the leadership of Greek police and will send a letter of protest to Prime Minister Tsipras about the way they are treated her. “Instead of looking for my husband’s murderers,  always turn around me as if I  killed him,” she told them.