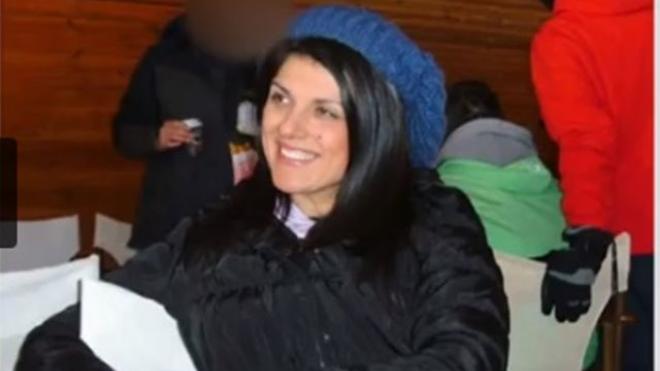 Two and a half years after the strange death of the mother of three children on Lake Trichonida, "Tunnel" brought to light unknown details.
Share

The doctor, who is said to have somehow been involved in the much-praised story of Irene Lagoudi, broke his silence and spoke exclusively to “Tunnel” and Angeliki Nikolouli.

“They organized cannibalism against me”

“I agreed to talk to you because you handled the whole case with seriousness and validity. If it was someone else I would have hung up the phone. They organized a social cannibalism against me and all this mythology and lack of respect around the face of Irene Lagoudi”, he said, among other things.

Answering relevant questions from the journalist, he said:

“There has never been any financial transaction with Lagoudi. All this is a lie. They said that I had snatched € 100,000 from her, that shortly before she died I had taken a trip abroad with her worth € 15,000 and that she had paid for it. I was heard that I am a drug trafficker and moneylender. Do you understand what I have been through all these years? Can you imagine it?” He concluded.

The lawyer: They made an official document to show him as a murderer…

Lawyer Spyros Bourdaniotis, who represents the doctor in the case of Irini Lagoudi, who shocked the public opinion, spoke to “Tunnel” and Angeliki Nikolouli.

“From the data obtained from the investigation, the findings, the witnesses and from the thorough investigation of all the social and financial activity of the deceased, no criminal action has taken place and therefore no criminal prosecution has been brought against any particular person,” he said.

Answering the journalist’s questions, he referred to the leaks that claimed that the doctor had been prosecuted for criminal acts, but also for his targeting.

“These leaks started with a certificate with false content issued by a public authority. Because the false scenario of her murder had to be supported, the murderer had to be invented as well. There was motivation from a number of people. There was a relationship between my client and Irini Lagoudi, the internal elements of which concerned them and no one else. Irini Lagoudi had serious financial and family problems. It’s sad what happened to her,” he said.

In a live connection with the show, the lawyer of the Lagoudi family, Efi Tsilikioti, a colleague of Vassilis Tauxis, said:

“From the very beginning, the family claimed that Irene’s death was due to a murder. They mourn and expect Justice to reveal the truth. The investigation has not been completed to say anything more.”

The unfortunate mother went missing on Saturday, January 6, 2018, from the Katohi of Aetoliko where she was living.

Two days later, she was found dead by a dog of the Agrinio Fire Department, in the back seat of her car, on Fotmou beach of Lake Trichonida.

The prosecution of premeditated murder against unknown perpetrators was brought after the relevant lawsuit filed by the family.