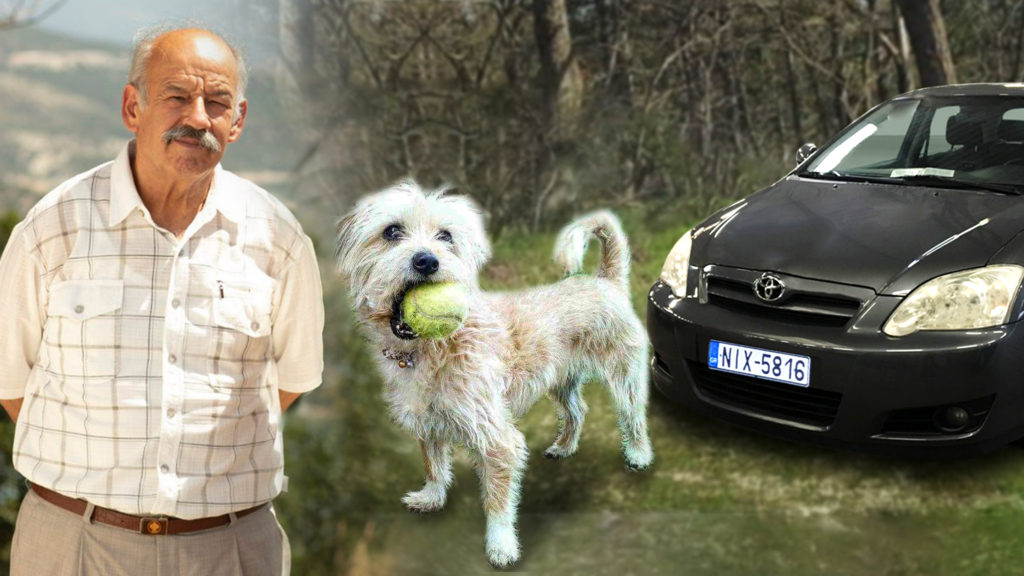 In the wider area where the retired truck driver went missing, extensive searches are being carried out by both air and ground forces, without a trace being found so far.
Share

Periklis Tahatos, a father of two, lived in Serbia. He disappeared on Sunday, April 3, while driving his Toyota Corolla anthracite car with registration number NIX – 5816, which has not been found to date. With him and his dog, a small cinnamon color that goes by the name Ioli.

“We searched everywhere, even on cliffs and we did not find anything. He has dangerous spots here on the mountain, where he used to come to pick chestnuts and take walks with his dog. It has cliffs that reach a depth of 100 meters that could have fallen with the car. These are points that were investigated by drone and ground forces. All possible routes were searched but without any result. “It had rained in those days and some traces may have disappeared, which he probably had left,” said George Zaloumis, a federal ranger.

“If he had fallen into the lake, the only place where his car could have left was at the dam, but that was where the cameras would have recorded him. “The lakes do not reach the water more than 1-2 meters on the shores”, concluded Mr. Zaloumis.

Surveys in the area were also carried out by OFKATH volunteers. Their president, Christos Ramos, told “Tunnel”:

“The deepest point of the lake at the Polyphytou dam at this time can reach 80-90 meters depth, in winter when the water swells, it can exceed 150 meters. We searched for several days, we reached the borders of Katerini from the back, but we did not find an edge. We have covered a very large mountain range, because the state bodies did extensive research in the water. “Divers had fallen and searched a radius of about ten kilometers to the left and right of the bridge.”

The local authorities state that after their request, an extensive search was carried out in Lake Polyphytou by divers of EMAK, the Coast Guard, specially trained dogs and drones, but with a negative result.

Police re-investigated after the case was shown in the “Tunnel”, with its own staff, on the slopes, on the cliffs and on all possible routes of the provincial road network of the area that the missing person could have passed. OPKE men also take part in the investigations.

See details about the case and the in-depth investigation of the “Tunnel”, here.