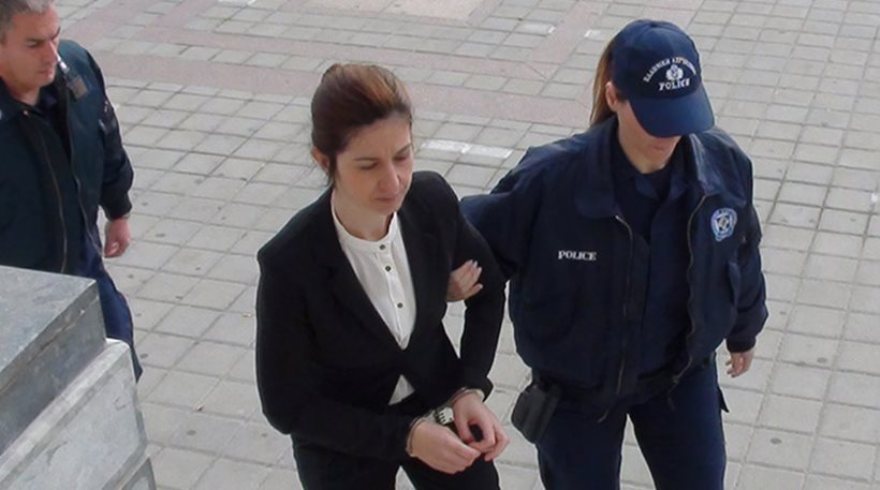 She left without apology the widow of the Valley! Dimitra Voulgari followed the advice of her resigned lawyers and left the court!
Share

Off limits was everything that took place in the hall of the Mixed Jury Court of Tripoli, at the sensational murder trial of the Valley on Tuesday, December 20th.
Initially was rejected the request was submitted by the accused for the of the President. Then she came back and made a statement that was conducted at the request asking the redefinition of her two lawyers Spiros and Vasilis Robotis who had resigned!
The President rejected the request and both lawyers caused tence in the room.
They began to shout “you won’t take us out of our home” and “if we leave the accused will leave too”
At the same time Demetra Voulgaris did not hesitate to tell the court that she would not apologize if these lawyers are not present. Indeed, one of them shouting “Stand up ” causing her to follow him.
When the President surprised addressed towards him saying, “Isn‘t she going to exercise her right to apologize,” he replied “She was going through her apology to name the perpetrator and now you will not learn anything!”
This incredible situation continued for a long time until the President asked the police to escort Vassilis and Spyros Robotis and leave the room, which eventually happened.
Show frame by frame the developments here.