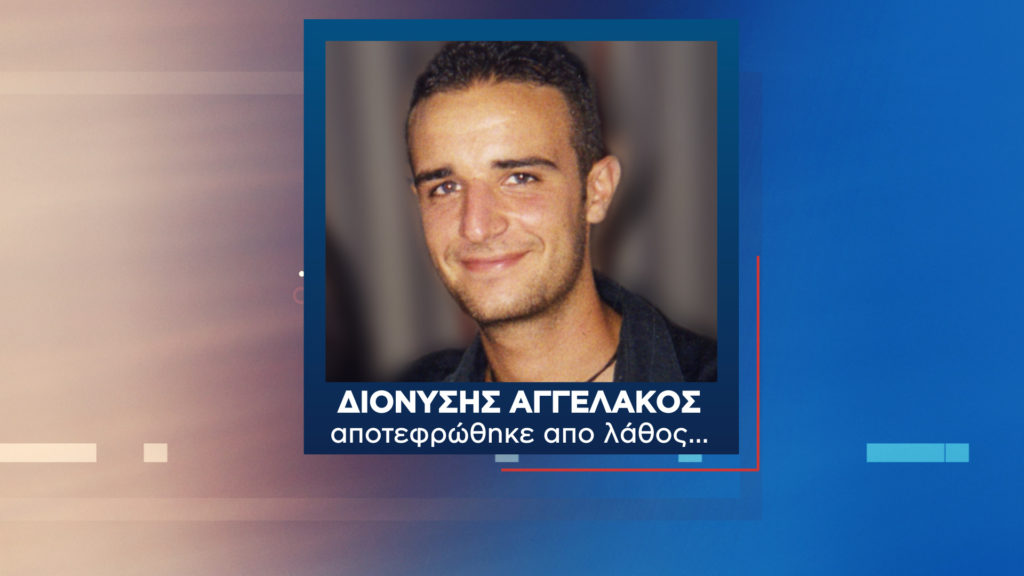 The revelations of the "Tunnel" about the Greek, who was cremated by mistake in Germany, provoked the reaction of the Ministry of Foreign Affairs.
Share

The intervention of the Minister of Foreign Affairs, Nikos Dendias, was immediate just a few days after the broadcast of the show and the publication of the case.

The announcement of the Ministry for the unprecedented case of Dionysis Aggelakos, 41 years old, emphasizes the following:

“On the occasion of what was recently reported on the show” Light in the Tunnel “of the Alpha TV station regarding the case of a Greek citizen who was found dead by the German authorities at the end of February 2019 in Darmstadt, the Minister of Foreign Affairs, Nikos Dendias, gave the order of immediate preliminary examination at the Greek consular authority in Frankfurt “.

Dionysis Angelakos, 41 years-old, went to Germany for a better life. One week after his arrival in Darmstadt, he was found dead of pathological causes, according to local police.

The Frankfurt Consular Authority allegedly did not pay attention to information received from the German authorities. The result was that the unfortunate Greek remained in the refrigerators for six weeks and then was cremated, without notifying his family, who at that time was in the same city!

The case came to light when the “Tunnel” started an investigation about a year and a half later.

“I passed by his ash spot every day without knowing it…”

What the sister of the unfortunate Dionysis Angelakos says about the Greek Consulate in Frankfurt is shocking.

“I had talked to a lady at the Registry who was completely apathetic, comfortable and indifferent. At first she claimed that they did not receive an email and when I showed it to her she told me that she could not understand what it was written because she did not know German! ”

It is a tragic irony that the cemetery where her brother’s ashes are buried is on the road she passes every day to go to work.

“While we were looking for Dionysis, he was a few meters away from me,” she said at an emotional state.

“They add salt to the wound and it does not heal…”

The tragic mother of the man who was found burnt… by mistake in Germany, with tears in her eyes wanted thank the show for her contribution to the case.

“They add salt to the wound and it does not heal. I want to thank your show and Mrs. Nikolouli. My phone has not stopped ringing; I am shocked by the support of the people.”

Indignant, she also referred to the exorbitant amount she was asked to pay to the German public services.

“It is not enough that my child was cremated, we paid over 2,500 euros in the municipality of Darmstadt!”

Darmstadt: The Tunnel’s contact with the police department after the developments…

The show contacted the local police department in Germany that handled the case.

What they said in a relevant question about what exactly happened and why they did not insist on their contact with the Greek Consulate.