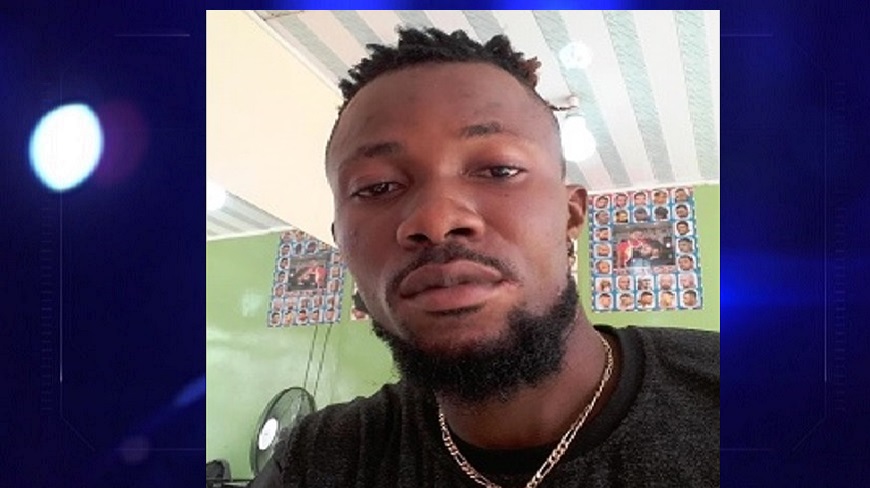 Milandu Mangitukua Briguel, 29, has not given any sign of life since Monday, March 28, and his family is worried.
Share

A few days earlier, on Wednesday, March 2, the young man left his home in Athens to go to work in Thessaloniki. The last communication he had with his family in Athens was on March 28.

He is 1.75 tall, has black eyes and was wearing jeans, a collared shirt and a black cardigan.

He also has a black backpack with him.

A Silver Alert has been issued for its disappearance. 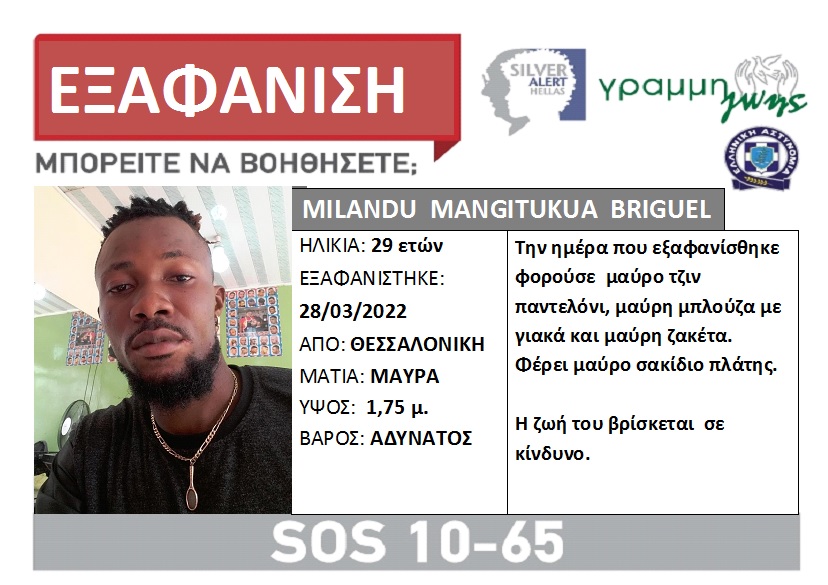