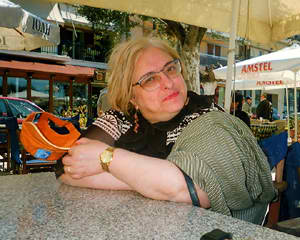 The "Tunnel" has once again highlighted the nakedness of the state apparatus, giving the family of a missing person, the responses that could not be provided by the authorities.
Share

Starring at the new series is the Police of Nikaia. There was immediately declared the disappearance of Vasileia Barbatsis 61 years, who lived in the same area and had the alarm signal to our site. See the series of developments and understand what happened. The unfortunate woman was found in very serious condition at General Hospital of Nikaia. She was led there by officers of this Department at morning of Tuesday, August 23. The police had been alerted by a shopkeeper at the same area who found the woman unconscious outside his shop. Few hours before at 2 am, the sister of Basel, as reported to “Tunnel”, declared the disappearance at the same Department! Nobody bothered to see this mark and inform the relatives of the woman who was thought missing. The family moved Vasileia in an infirmary of Kipseli, Athens where the situation remains critical. The unfortunate woman was facing lately, serious health problems.