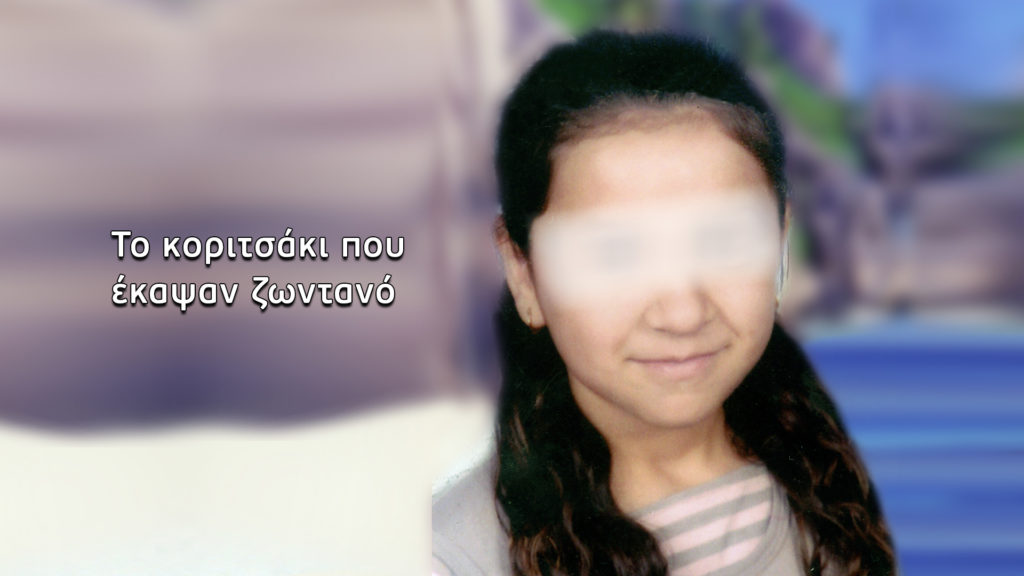 Significant are the developments in the brutal murder of little Zeneida in Piraeus - a case brought to light by the "Tunnel".
Share

Ten years after her horrific death, Justice has “spoken”…

The pre-trial detention of the child’s neighbor in Piraeus was ordered, with the following serious charges:

Everything shows that on the morning of Friday, September 23, 2011, the little girl was trying to escape from the clutches of her would-be rapist, running half-naked on the stairs of the house.

The perpetrator covered her with turpentine and burned her alive.

The family’s lawyer, Gianna Panagopoulou, managed with expert appointed to prove that the child did not commit suicide, as the police initially said, but fell victim to a murderous act.

The witnesses who appeared at the Piraeus interrogator after the broadcast of the case on the show, were important.

The lawyer stressed in “Tunnel”:

“We appointed a technical consultant, a special expert in order to explain to the investigator how we had the arson in the house and how the fire developed with the child victim.

Unfortunately, several evidences of the crime have been lost over the years, but an important one was found, the lighter, which was examined by the geneticist and expert George Fitsialos and his collaborator. The evidence they found from their investigation ruled out the possibility of suicide,” he said.

“The neighbor had his hands burned…”

The father of the minor described in shock on the show’s camera that he found his daughter lying down, while she was still conscious. She was lying face down at the entrance of the apartment building. “She did it herself,” our neighbor shouted. “He would not let me hear what my child wanted to tell me.”

According to him, the neighbor’s hands were burned.

“DNA spoke about the child’s holocaust…”

The geneticist and expert expert George Fitsialos, spoke from his laboratory to a journalist of “Tunnel” about the important discovery ten whole years after the “holocaust” of the little girl.

“The investigator instructed our laboratories and our expert to carry out analyzes of the evidence of the case of the 12-year-old. We received a lighter to do the genetic tests, to extract the genetic material and to see which people have come in contact with this evidence. We were able to identify the genetic profile of a man “, said Mr. Fitsialos.

He rules out the DNA belonging to a police officer who collected the lighter from the crime scene.

“In this kind of evidence, the sampling is focused on the head, at the point where someone comes in contact with his finger to light the lighter. In this way we exclude someone accidental who may have touched it. We have completed our work and beyond that it is the work of Justice,” he concluded.

What did the accused say in the “Tunnel” from the prisons…

The 57-year-old, who is accused of Zeneida’s death, was already in prison for a crime he had committed against another minor. Angeliki Nikolouli had talked to him then.

“I have never had my hands burnt. I was asleep at the time of the incident and the neighbor who extinguished the fire with the hose,” he claimed at the time.

His contradictions in the Authorities and in the “Tunnel”…

The accused fell into contradictions between his testimony, his apology and what he had stated to Angeliki Nikolouli from prison.

During the pre-investigation and on the show, he had said that the girl was wearing only one underwear, in the supplementary statement, the underwear became a white uniform, while in his apology, shorts.

See details in the video below.