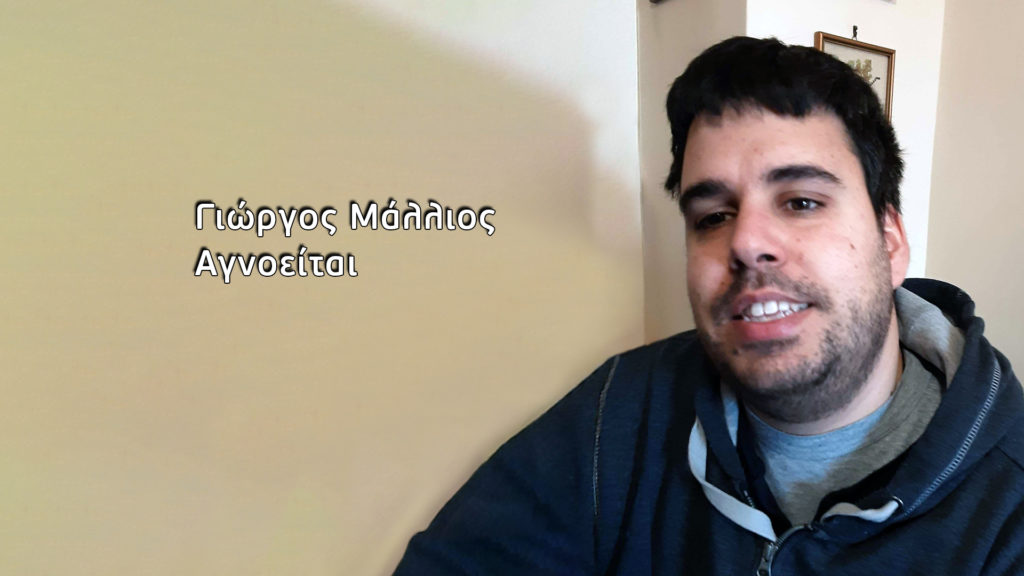 The "Tunnel" brought to light the strange story of a young man with health problems, who disappeared from the area of ​​Acharnes.
Share

The case of 32-year-old Giorgos Mallios shocked everyone as it turned out, after exposing police and judicial authorities.

His traces disappeared on the morning of Sunday, December 12, when he left his house in the area of ​​Acharnes, in Kokkinos Mylos.

A day later, on Monday, December 13, at around nine in the evening, he had a verbal incident with a girl in Galatsi. A patrol car arrived at the scene, the police arrested him and took him to the Galatsi Police Station. After an inspection, it was found that he did not have personal documents with him.

He himself seems to have been frightened and confused, to have given false information to be homeless. His fingerprints were taken, but because he was not marked, he could not be identified.

The police informed the prosecutor that the man in custody is confused. Nevertheless, the prosecutor requested that a case be filed and that he be taken into custody.

On Tuesday, December 14, he was transferred to Evelpidon, tried with the false information he had stated, released and was lost again!

At one point, the police in Galatsi realized from the poster of “Missing Alert”, which in the meantime had been activated, that it was 32-year-old Giorgos Mallios, who was considered missing!

In a telephone conversation with the show, his father spoke about his family’s adventure from the unprecedented incident they experienced with responsible government services.

With live connections from the “Missing Alert” center and groups of volunteers on the streets, the “Tunnel” looked for him in the middle of the night. The viewers were moved immediately.

Following their information, the investigations focused on the Syntagma metro for a man who looked like him. Subsequently, the testimonies became specific and led the investigation in the area of ​​Paleo and Neo Psychiko, where he was circulating in distress and seemed lost.

A viewer sent to the show a photographic document from a closed circuit security camera. His sister, who saw the picture on her cell phone, confirmed that it was him and the first smiles of optimism were not long in coming.

Late-night searches by volunteers and police officers focused on places in the area frequented by the homeless.

George Mallios, 32, has a height of 1.86, black hair, while he is thinner than in the photos. When he disappeared, he was wearing a burgundy sweater, a black suit, gray sneakers and a black jacket with a gray fabric hood.