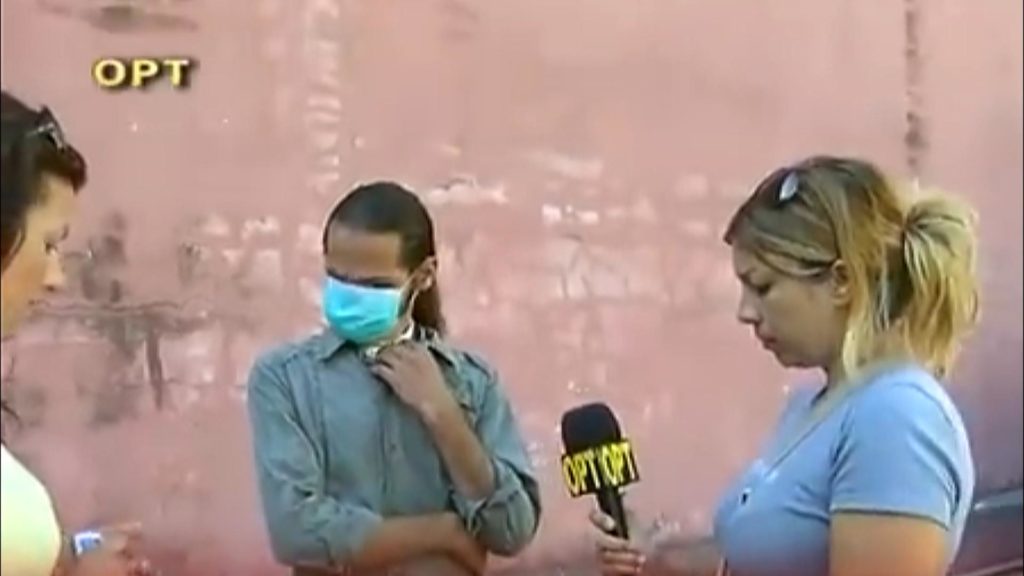 The disappearance of Thymios, a man who was severely bullied and whose story moved the whole of Greece, has caused great mobilization.
Share

Efthymios Bougas, 39, left his home in the area of ​​Agia Varvara in Pyrgos, Ilia on Wednesday, May 4, and has been missing ever since.

Thymios, as those who know him call him, wears a surgical mask, not because of a coronavirus, but to hide his deformed face after a serious car accident he had in 2008. As a result, he speaks and eats with mechanical support, after he was cut. the larynx. This was the reason why he fell victim to intimidation and attacks by strangers.

During the show, a video arrived – “fire” from some “guys”, who wanted in every way to get him out of his house in the middle of the night, throwing flares at him.

A few days earlier, motorcyclists threatened him and dragged him away with videos they posted on social media mocking him. He was described as dangerous and that he was terrorizing the area with a chainsaw and an ax.

On May Day, Thymios himself went to the police and told them what had happened to him. On Wednesday, May 4, when the announcements were made, he went to the police station for the second time asking for help, as he told them, they often threw stones at him. That was the last time someone saw him.

The show was linked to the newspaper “PATRIS” and the website patrisnews.com, which highlighted the case.

In a report on the ORT television station (Olympic Radio Television) a while ago, Thymios himself had a hard time talking about living conditions, but also about what he dreamed of. He wanted to be a man with a face again and not hide behind his mask so as not to scare children and adults, as he said.

The announcement of the disappearance and the activation of the Silver Alert was made by Natasa Bozini, Journalist, Screenwriter, member of the scientific forum “in the spotlight man” and Volunteer for the rights of the disabled.

As she said on the show, her involvement came as part of a journalistic investigation she conducted to spread false news via the internet. He had also informed the Authorities in writing about what was happening.

EMAK is also conducting research in Pyrgos with a specially trained dog.