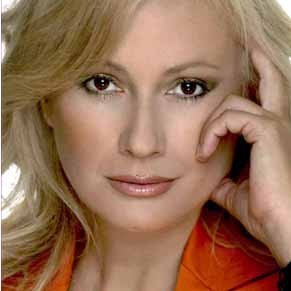 My friends we are hosting the voices of anger, pain, despair and the reaction of young people of Cyprus. As I was reading the angry messages which anxious and indignant young people sent to our website and to our facebook page about the deadly blast, I felt the need to stand close to them and to convey to all, THEIR VOICE.
Share

The July 11th left a mark on their soul. There at the naval base “Evangelos Florakis” of the National Guard at Zygi, near Limassol, Cyprus has accepted the attack of 98 murderers who were waiting over two years … 13 dead and 61 wounded. Children who proudly served their country fell not by the bullets of the enemy, but from the cruelty and indifference of those who are responsible. The 19-year old twin brothers Christophorou, were sprinkling water on the containers because “death” was thirsty. That was the plan of the irrelevant. Instead of getting rid of and remove from the island the containers of death, they left them there, to explode in the heart of Cyprus. Such a big destruction cannot be caused by gunpowder. For many people the war material that caused the explosion at the naval base is unknown. Americans are seeking to participate in surveys and test this material of death. The 98 containers which were transported by boat from Iran to Syria seized because of the embargo. More than two years the containers were remaining at the naval base at Zygi and despite occasional requests for removal, the Foreign Ministry didn’t take any action.

The fear of radioactivity

People of Cyprus are afraid now for radioactivity. The experts of the Nuclear Physics Laboratory say that there is no danger, but voices abound. See one of the messages of despair we received:

I admire you and I watch you always because youre genuinely interested in helping people. I am from Cyprus and even I Know that it is not my field I ask desperately for your help. Following the recent tragic events in Cyprus, the whole nation has focused on punishing the government and all the culprits and this is undoubtedly necessary. But very few realize the danger of radiation. I am aware of the consequences of covering the problem and the failure of timely and accurate information. The problem is not visible and the world cannot see it. The General Chemical State Laboratory as you understand it is not credible since the government has responsibility for the situation. The rulers do not want to incur their position and they haven’t given any official report. Yet everyday they reassure people about the levels of radioactivity when at the same time independent studies show that the levels are far above normal. Maybe there is no radioactivity at all. But I ask your help to draw the attention on this situation and request an official analysis from a credible Laboratory of abroad for an objective report. Maybe in such way we will know the truth and we will do something about it so we won’t have to face cancer cases in 30 years from now!!!! We just want to know the truth!!

Please help us in any way you can. We simply try to be heard through the Greek media! Thank you very much!!!

The song of rage

“I wish this dark morning was a lie». This is the song of rage that young people wrote and sent us. Some serious people can say that this song is insulting to the leadership of Cyprus. Do not freak out my dear friends. Children simply set to music their pain and anger. They speak their own language.  They are the young people of Cyprus who want to create a bright future in a healthy country but they watch all those irresponsible – responsible to block them.

See the attached message of the song:

Here in Cyprus we are all overwhelmed, we were devastated by this tragedy, result of criminal incompetence and indifference of the government. If you have the kindnesses please post on your page and your website this song that was written by young people as a tribute to the 13 young men, who became angels and flew to heaven. Thank you.

Watch the video with the song of rage: