Viewers friends of Tunnel once again created a miracle.
Share

With great sensitivity mobilized at Friday night , November 11, to help finding the Cretan business man inside the homeless groups.

They looked at hostels for homeless people,at squares and streets, and finally with their information, greatly helped the research of the show.

Traces of Minas Argiriou 51 year old were found in Maroussi. People who have recognized him, say he is alive and will bring him in contact with his friend who took the initiative to look for him, as he had no one else to care for him.

The Cretan businessman was affected by the economic crisis. He closed his four shops and disappeared.

His helpless mother could not look for him, something that did his friend Panagiotis Giakoumetis,who was found in the studio.

The bosom friend of the missing businessman Panagiotis Giakoumetis, is the man who is anxious and wants to find the light in the darkness that swallowed him. I am the closest friend of Minas. If he was appearing right now maybe he would complain for me because he would thought that I did not try to look for him.

Neighbor of the missing man also shopkeeper in the shopping district of Heraklion, said: He grew up in this neighborhood. His grandfather was a merchant in the same area before him. I knew him well he was a quiet man and a hard worker. The shop was open all day. Now I fall from the clouds hearing that he hasn t see his relatives for so many years. 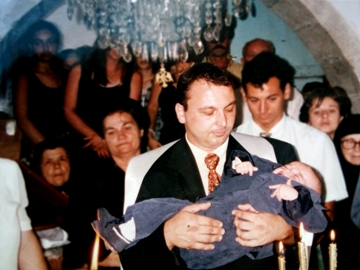 The cafe owner Lambros Lambrakis, who works near the missing person old shop is someone who was meeting with him for years, almost daily. She described him as an educated man who owed only one course to take his mathematical degree, but became a merchant. The crisis ht in and he started closing his shops of one after another. He was kindly and smiling, I do not know what happened…

Another neighbor of Argiriou who spoke in the broadcasting camera said: I know him many years, he had four shops in the area. He is an excellent person. Nobody knows what happened to him he was lost…

Family friend and one of the seven employees of the missing man said that the businessman was forced to close his shops when the economic crisis began. 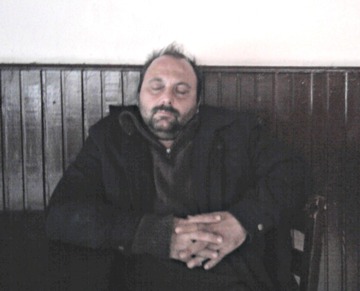 I am sleeping on the benches…

As told Tunnel the close friend of the missing man in February 2013 he closed his shops in Heraklion and left for Athens. Shortly after he contacted a mutual friend and asked for help.

He described an ugly picture. He told our friend that he was sleeping on benches and gave the impression that he reached the ultimate poverty threshold. He was a proud and dignified man, he was not easily asking for help. Our mutual friend tried to call him on the phone, he never answered the call and since then we lost his tracks, he said.

The former employee of the missing person who worked for him for fifteen years, said: All Crete come and shop from him. He was selling clothes that could not be found in other shops. He was a gentle man with good upbringing, particularly sensitive and dignified.

Former neighbor described in Tunnel that friends and acquaintances began to ask what happened to Minas Argiriou as nobody had heard from in a long time. The same discussion had at the cafe where the missing used to eat . The friend Panagiotis Giakoumetis for a long time tries to find something about his fate.

As he told Tunnel he was informed after the disappearance of the missing person that he had a relationship for about a year with a foreign girl. They were living together in Kastrinaki Street in Heraklion. He went to his former neighborhood, asked for him, but no one knew anything. He only managed to find out, that the woman with who had a relationship may remains in Germany.