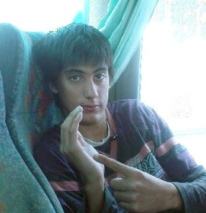 The local community of Santorini has been 'frozen' by the incredible turn in thriller of the young musician of the Philharmonic band.
Share

Three months after the disappearance of Takis Vazakopoulos 21 year old, one of his friends who went to testify as a witness in the case, admitted to authorities that he killed him.

Nobody expected nor themselves the police officers, the developments and the twists that would follow.

“Tunnel” went again in Santorini and the camera talked… To find the corpse of the unfortunate child, they searched at the dump of the island, in the fields in the night and in coastal areas … But with no results.

The family of the unfortunate Takis goes its own Calvary. Asks vindication to soothe the soul of their child.

The journalist Panayiotis Mitilineos spoke to “Tunnel” live via Skype, for the mood in Santorini. Locals really upset waiting for accurate answers about where is the corpse of Takis.

According to the reportage the person who originally said that he killed the young musician, was released on bail. Against him was formed file with a charge of murder with intent and abetting two people that he claimed they helped him. The case will be passed to the Prosecutor of Naxos who will decide.

The reporter of the show went for second time at the island. From Kaldera he described the details of the original confession of the alleged as offender. At the police men who interrogated him he said that on Thursday, August 7th had gone for coffee with his friend, they had a find and he hit him to death as he realized later. Then he set up the scene with the leather tobacco case and the cigarette papers at Kaldera, to show that Takis had self-destructive tendencies and fell over the cliff.

While initially claimed that he knows where the corpse is, then tried to confuse the authorities, and indicated different points. At the landfill area, at an abandoned field and at a coastal area. Then he changed and talked about accomplices that they had set aside the corpse of Takis. The alleged perpetrator finally got back what was originally claimed and asked to be examined by a psychologist. 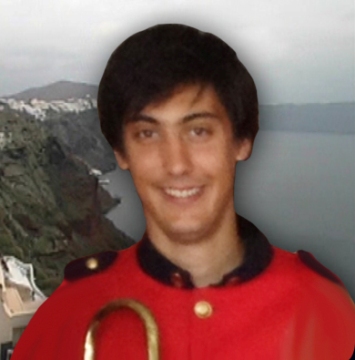 The investigations of the “Tunnel” on the island

The initial investigations of the “Tunnel” on the island of Santorini brought to light a testimony for a motorbike and the mysterious rider who wiped Takis Vazakopoulos. His aunt Argiro Georgiou, acting like detective tried to find her nephew had found at Kaldera his leather tobacco case which herself gave him as a gift. A few hours after she went back to the spot, found scattered cigarette papers and next to the tobacco case an empty pack of cigarettes. Researchers who looked voluntary part-piece Kaldera, spoke for a setup scene. They argued that if Takis was dead to the point, he would have been found.

Aunt gave the tobacco case to the police and has not yet examined! Because no one paid attention to the empty package of cigarettes, she sent it on her own initiativeat the laboratory of Mr. George Fitsialos for DNA analyzing. The geneticist inspected the sample and found male DNA different from Takis, which is an evidence for identification.

“Tunnel” utilizing significant testimony revealed that the day Takis was lost on August 7th , a person with a black motorcycle, took him from a central point at Megalochori and then disappeared.

Angeliki Nikolouli at first broadcast on October 17th, had talked with the friend of the missing. He replied that he was not the one who took Takis that afternoon and that he was never giving his motorbike to anyone because it was his favorite …

Viewers worked that night better than detective. A friend of the “Tunnel” has found at a site with ads in Santorini, that this motorbike was for sale. Alongside the friend was also selling his. Once he realized that the show found the advertisement, he removed it immediately!

After the revelations of the first show the motorbike and the car seized by the Police. According to geneticist Mr. Fitsialos who is the technical advisor of the family, there are two important evidence and research should focus on them. As in the case of Marios Papageorgiou, at the can be detected blood or genetic material. 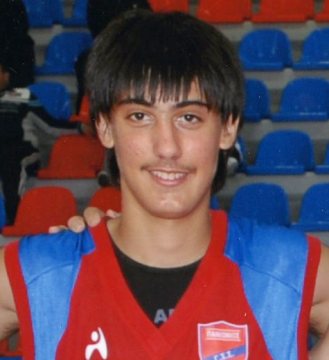 “He seemed that he was devastated and he knew the truth …”

Distressed by the shocking developments aunt of Takis Argiro Georgiou talked at the camera of “Tunnel”. She spoke for the friend of her unfortunate nephew, who appeared in the family willing to help relatives and the authorities to clarify the situation. She described she felt cheated and crying with tears she said that she cannot believe the evil that found her family.

During the days when the friend of Takis was questioned by the police and the tangle of the puzzle began to unfold, she was waking up from her sleep and listened the tragic boy calling her. His brother Alexandros, spoke on camera for unfair shots received both he and his mother. They were looking in pain to find what happened to Takis and some blamed them.

“He killed my brother or covers someone back?”

The twists in the thriller of the case of the young musician brought the family in despair. For his relatives is like Takis was killed for a second time … His aunt Argiro Georgiou described to the reporter how she raised his nephews as if they were her own children since their father abandoned them. The reporter of the show met brother of Takis Vazakopoulos at the point where according to the confession, was played the scene of death. At the parking lot of Eborio Alexandros obviously overwhelmed, exhausted and with tears in his eyes, trying to connect the pieces of this macabre puzzle. He cannot accept that someone who appeared as a friend killed his brother. He believes that or he committed the crime or trying to cover others. 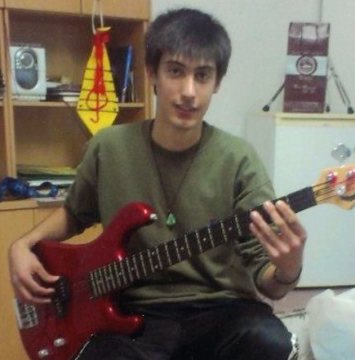 “We want his soul to rest in peace

Thanos’s a childhood friend of Takis, cannot recover from the shock of the news of the assassination. He described on the camera how they started playing together in the Philharmonic at 2004. He spoke about their involvement in the basketball team of the island and other activities. The aunt of the unfortunate young man, find it difficult to describe in words the situation of his mother who has literally immersed in grief and despair, waiting for her child to appear alive.

Uncle of Takis addressed the most dramatic appeal can someone do for a person:” Tell us where is his body to find him and his soul rest in peace”.