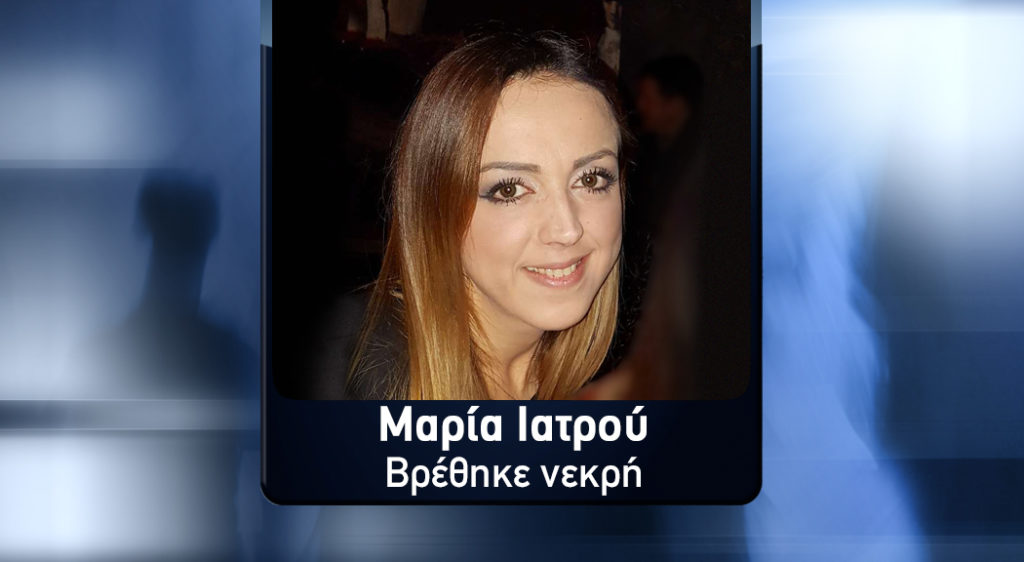 In the last show for this season, Angeliki Nikolouli presented the developments in other cases which moved the viewers.
Share

Maria Iatrou
A new turnover  comes from the case of the unfortunate mother, Maria Iatrou, who was found dead on 29th of April in her car, at the bottom of  Amvrakikos Gulf outside Amfilochia.
Amfilochia’s traffic police report refers to a high-speed road accident with the driver’s fault. Her family is investigating the possibility of a criminal act, as their  legal representative Thanasis Gikas told “Tunnel”. This is because experts appointed as technical consultants will identify signs in the car that show that it was  pushed into the sea area from the dirt road rather than the road surface.
The case is at the Agrinio Prosecutor’s Office.
The unfortunate aesthetician and hairdresser had vanished at midnight on Easter Sunday April 16th from Loutraki driving her husband’s silver  Golf. Her depression , her texts and her calls to relatives and friends during the night, had caused her fear of her life, a scenario unfortunately confirmed.
See more about the case here.

Nikos Karamanis
Repeating the case of the police officer from Larissa, asks  from the Head Court of Arios Pagos, his family after the evidence brought to light by  “Tunnel” survey. Nikos Karamani’s file, , was assigned to a Prosecutor of Appeals in Larissa to decide whether to open again and to prosecute individuals. Developments are expected in about two months. 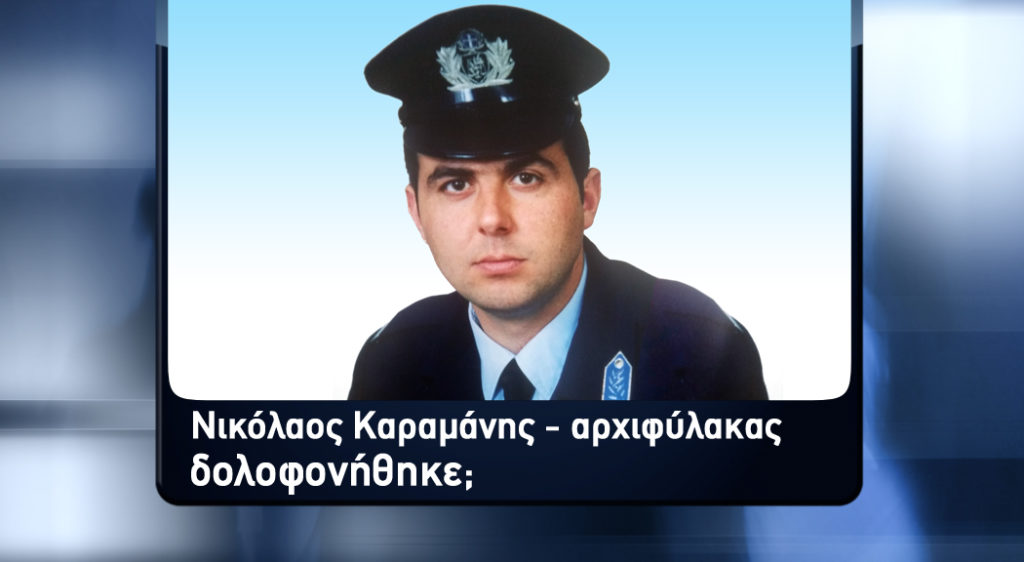 The unfortunate chief of the Police Department of Agia Larissa was found dead on October 9, 2009. He had fallen on a cliff with his Gray Fiat Always and everyone thought it was a road accident. At  “Tunnel”, a special expert and coroners were put to the attention of the Authorities. They came to the conclusion that the murderer’s death was due to a criminal act.

George Karamichailidis
Almost ten months after the disappearance of George Karamichaelidis, his family filed a petition to the Supreme Court, through his lawyer, Nikos Dialinas, for a delay in the administration of Justice in this case on behalf of the Volos Prosecutor. 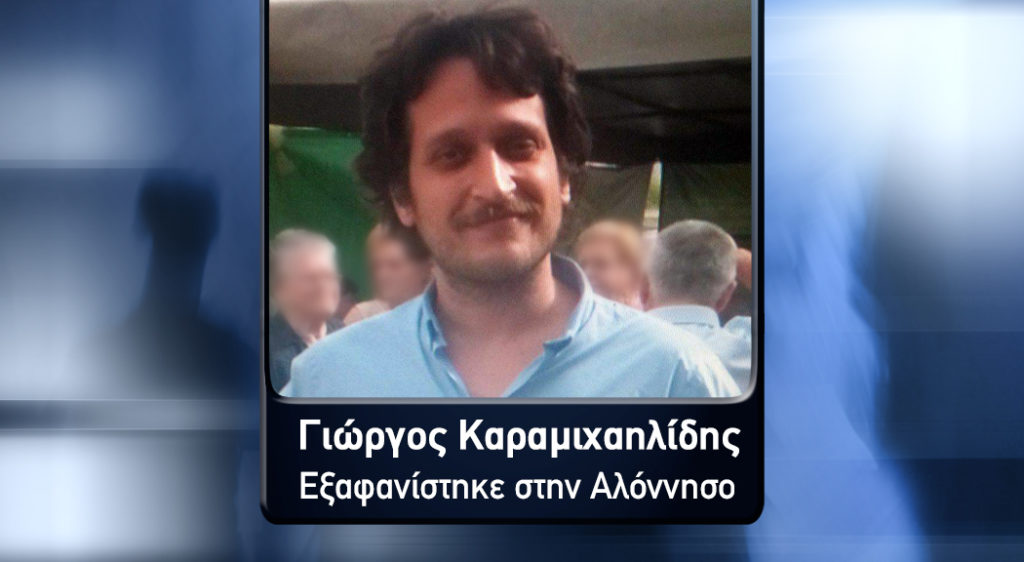 As claimed by the 30-year-old family, following the allegation that he filed against the two fishermen who saw last  the unfortunate young man , the Prosecutor of Volos said he would have to send the case to the Skiathos Port Authority for further investigation.
According to the report, this will result in the case file being returned to the Volos Prosecutor’s Office after a year.
Giorgos Karamihilidis, 30, disappeared about ten months ago, on Tuesday August 30, 2016, from the Votsi fishing shelter in Alonissos. He had been there for a holiday with his partner.

Apergis George
Investigator of Syros , who has taken over the case of the murder of George Apergis in Milos, continues intensively the investigation. As a guide, has the DNA that has been found in the victim’s nails. With this important element examined by the genetic counselor of the family geneticist Giorgos Fitsialos, he is expected to call new witnesses. 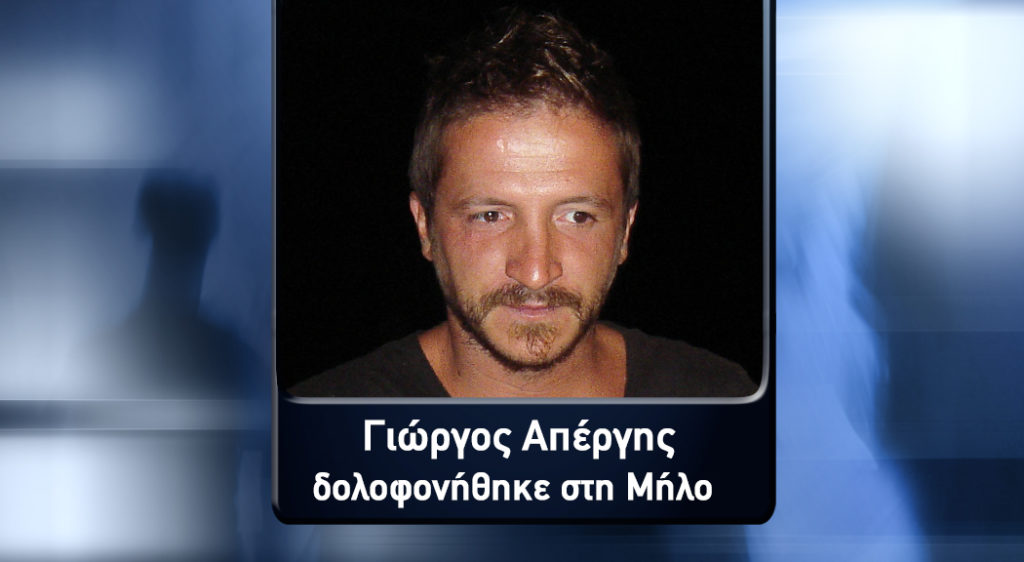 George Apergis was mysteriously lost after a feast in Plaka of Milos on Tuesday morning, 8 September 2009. Six  months later the corpse of the Athenian businessman was accidentally found by a shepherd in the inaccessible area of Kapari near the village of Tripiti. He was stationed there and probably moved him to the dead place.
See more about  Tunnel’s deep research around the case here.

Antonis Dimotakis
Fruitless  remains the researches  for the police officer who was lost from his home in Kesariani. Following the information given to Tunnel last Friday, June 9, police, volunteers of  Vironas and relatives literally plowed the area of Voula and Glyfada, into a mountain and a sea.

The testimonies that spoke of a person who moves around and look like him were ultimately based on similarity.
See more about the case here.