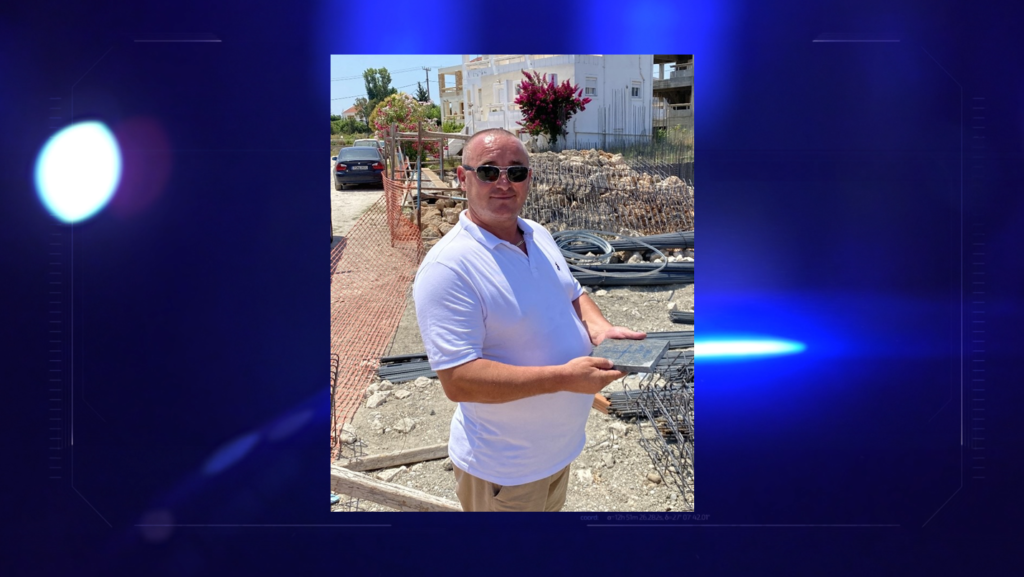 The death of 46-year-old Dzanis Topali from Albania, who had gone missing from the Faliraki area in Rhodes and was being searched for by the "Tunnel", is attributed to two strong hits to his head. The rope found appears to have been used to immobilize him.
Share

From the post mortem examination carried out on the body of the unfortunate contractor by the medical examiner Mr. Panagiotis Kotretsos, it was found that two blows to the head caused injuries.

According to the medical examiner, the 46-year-old family man died from these injuries.

His brother had appealed through the ‘Tunnel’ for anyone who knows anything to come forward to provide answers to the dark thriller of his disappearance, which ended in the most tragic way. Devastated, he calls for the exemplary punishment of the guilty.

A 53-year-old Rhodesian businessman and his 20-year-old son are accused of the contractor’s horrific death, while the causes seem to be financial, as he owed him tens of thousands of euros.
The prosecutions…

Father and son, after the arrest warrants issued against them, were brought, accompanied by their lawyers, before the public prosecutor’s office, where they were informed of the charges against them.

They were then referred to the interrogation where they requested and were given a deadline for his apology.

The District Attorney of Rhodes brought a criminal prosecution against the two defendants for intentional homicide in a calm state of mind as an accomplice.