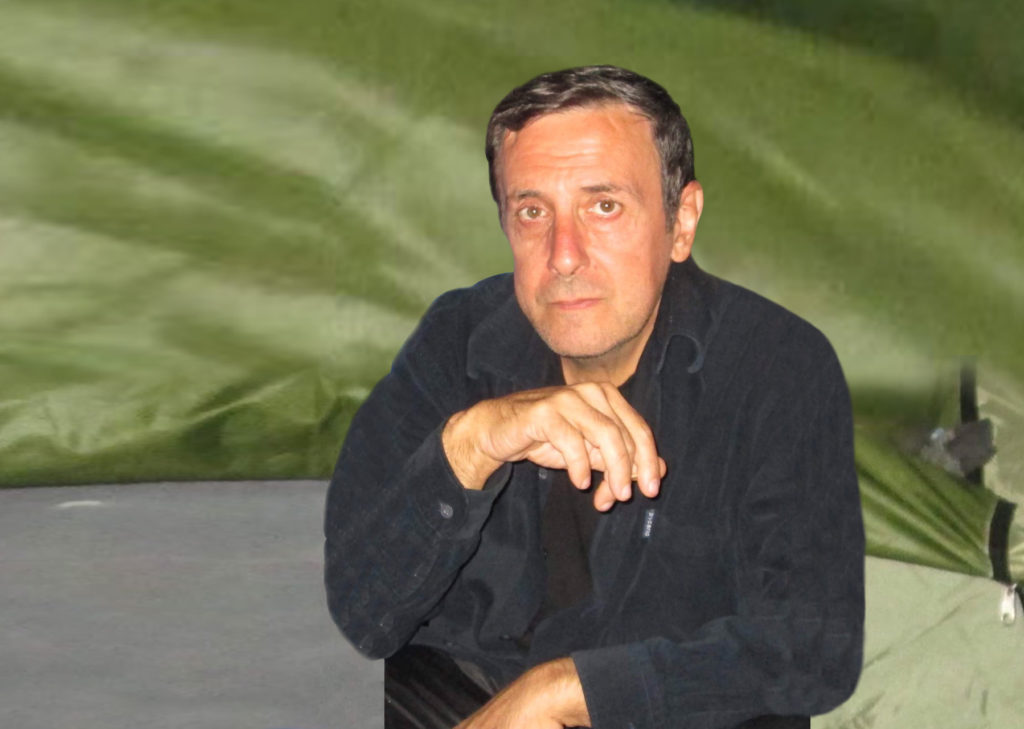 The abduction of the wealthy philhellene and the ransom ...
Share

The fear and the new life in a poor house in Perama, like a humble shipworker …

The “spider”-woman that spread around him her web… The money that was not found and the mysterious disappearance, which revealed the secret…

This incredible story unfolded page by page when the show began the research for the missing 56-year-old Grigori Berikasvili, originally from Pontus, who was suddenly lost from Perama in August 2017. 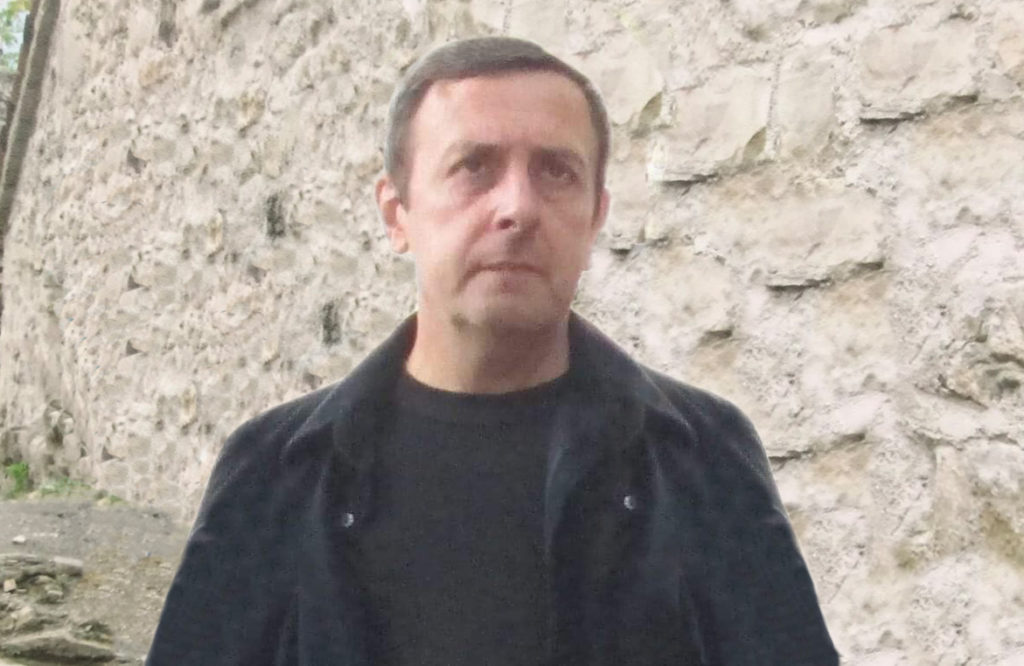 Victim of kidnapping for ransom…

His family in Tiflida was wealthy and was running an oil company. This property seems to have opened the pouch of Aeolus …
Grigoris has been kidnapped in his homeland by villains who have asked for a ransom from his family. His hostage lasted several days and was freed when his own people paid for the ransom. This adventure, however, has been forever marked his life. As time went by, the sense of insecurity he felt was not calming down and decided to come to Greece where his beloved grandfather came from.

Very cautious chose to live in Perama in a small warehouse, which turned with personal homework into a real house. Although he did not have a financial need to work, he did not hesitate to work as a worker in the shipyard repair area of ​​the area. He had never revealed the truth about his adventure. 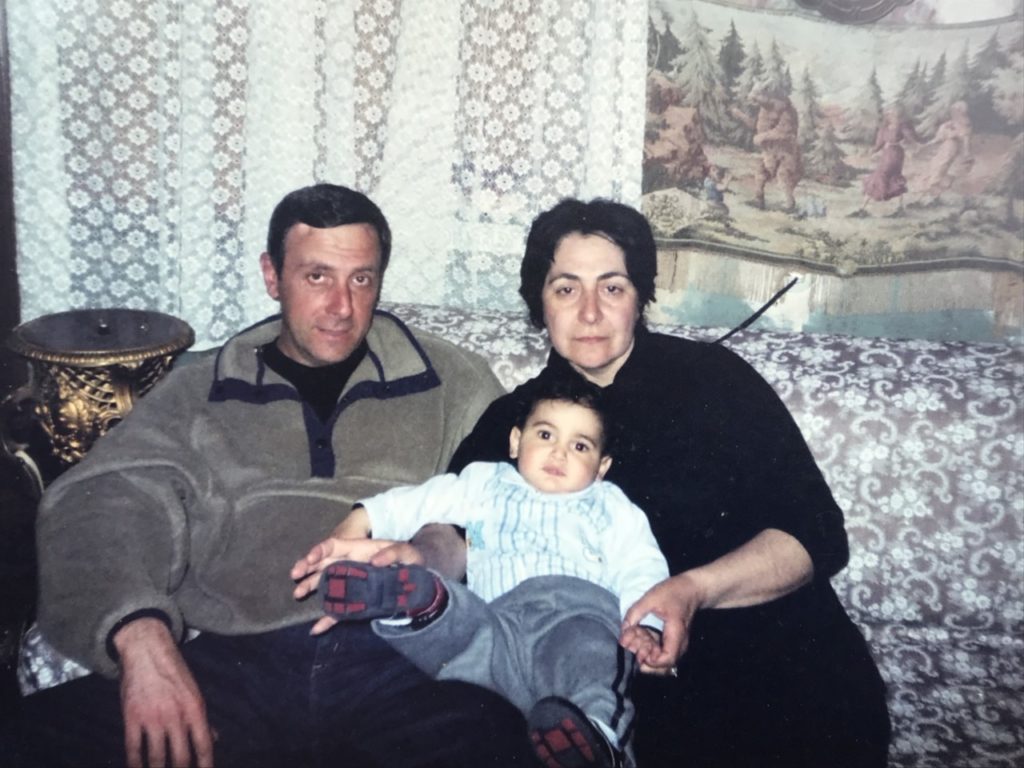 The only thing he had told his close friend and colleague Robert Sidipropoulos was that he had put aside about twenty thousand euros and had a relationship with a woman from his homeland who was living in Kallithea area. On the way, he discovered she was married.

His friend realized his absence and informed the Authorities and his relatives. He found himself in  Tunnel’s studio.

“I was surprised when I found out that the man who worked hard as a shipbuilder and lived poorly was so wealthy. When his mother told me he had been kidnapped for a ransom, I could not believe it. He had never talked about it. He had recently met a woman  and probably had revealed her his secret. But when he was lost, she did not look for him, and maybe she knows more about his fate. Grigoris had appeared with bruises before he was lost and as he told me, the attack was again related to this woman, “he said.

Significant testimonies that arrived to “Tunnel” lit the first light that may lead to the traces of the “spider”-woman .

The evidence by the journalistic research suggests that Grigoris before he lost, visited that woman and was caught in the trap that had set him up. One additional element is that in addition to the missing person’s missing money, his  computer was not found at his house , possibly containing photos that would incriminate her. 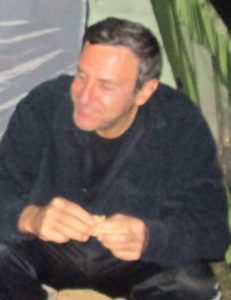 Friend: He told me for the money before he got lost…

“Tunnel” was found with his friend in Perama where he lived and worked.
“I called him to come for work and he did not answer. At first, I did not mind. After  fifteen days without responding  to my calls, I started to worry. I asked common acquaintances, but no one knew where he was, “he said to” Tunnel “.
He described him as a quiet man who avoided quarrels and was only concerned about his work.
“All I know is that someone owed him money, about two or  three thousand euro.”
The missing person told him that he had saved about twenty thousand euro. 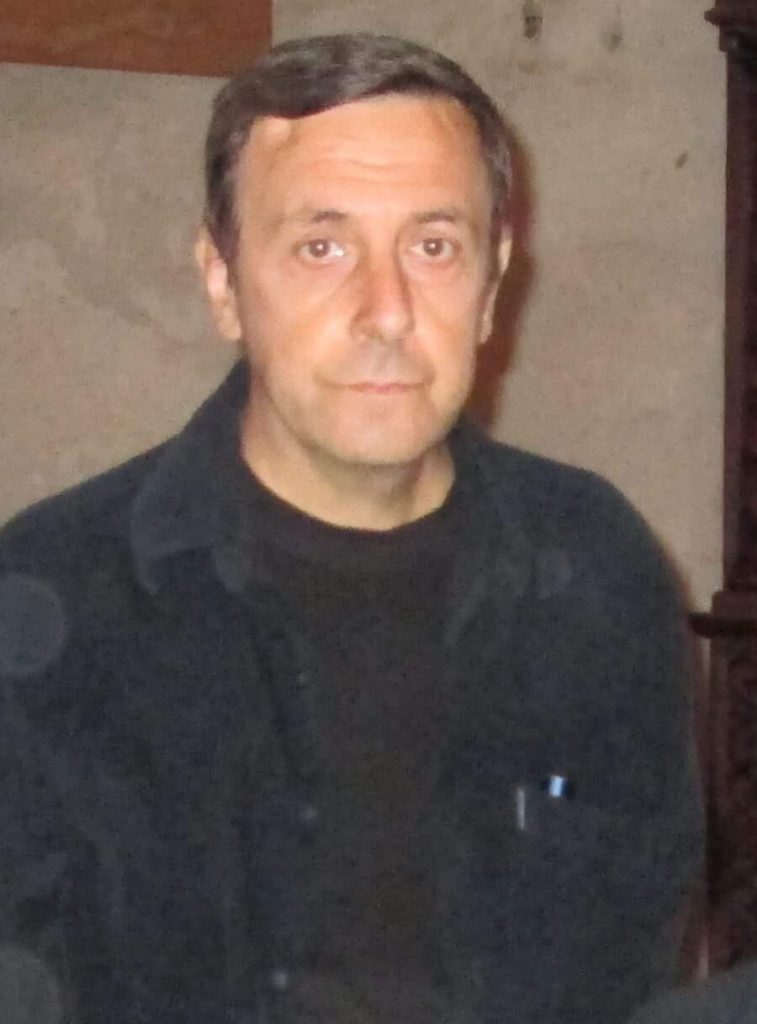 Friend: We broke the window to get into the house…
After almost a month of silence, his friend decided to go to Gregory’s house along with one of their acquaintances to find him.
“We found the owner and asked him permission to get into his apartment to see  if something happened to him. The man had no second keys and allowed us to break the window to get in, “he said.
The house inside showed no signs of disturbance. The bed was paved and his stuff tidy. In the fridge there was a bowl of food, a yoghurt which was expired and a pack of bread with a date of preparation and expiration in August 2017. The dates on the food match the time that according to the friend the traces of Grigoris were lost. 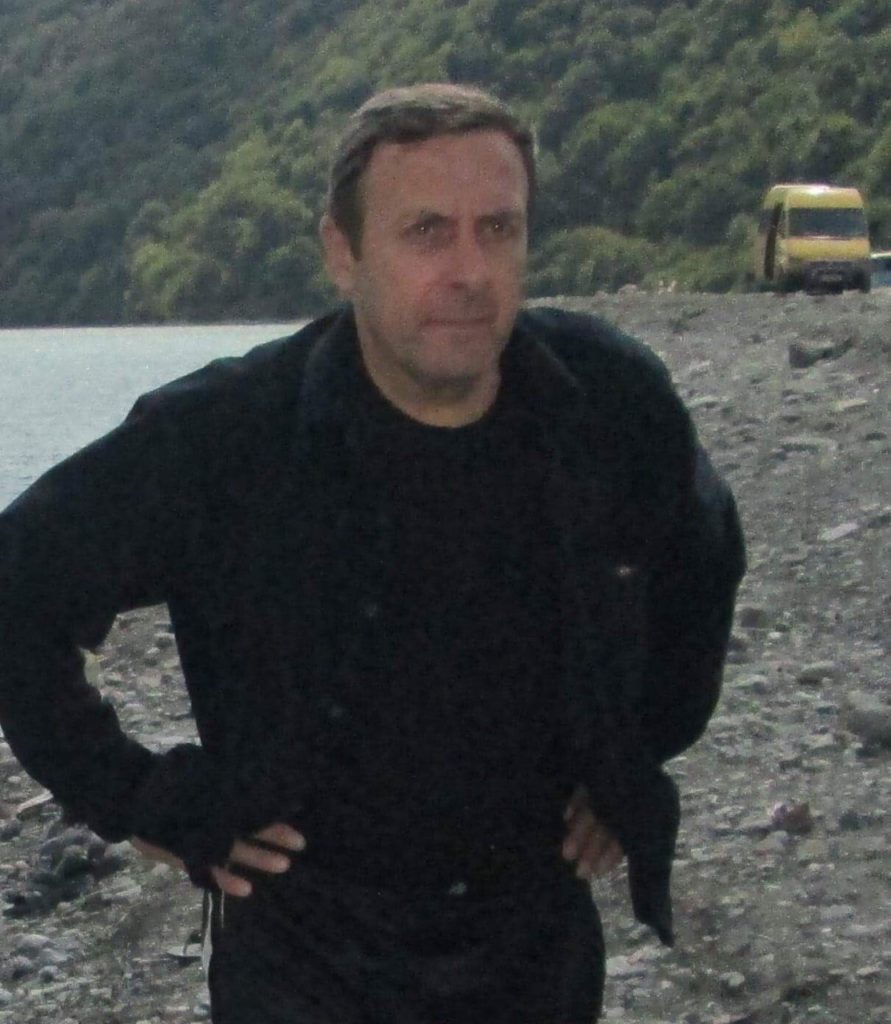 “He was a gentleman and I am afraid of his loss …”
Kostas Hatzinikolaou, owner of the house rented by the missing person, spoke to “Tunnel”.
He knew him for several years and described him as an excellent tenant, discreet and kind man. As he said he kept the space always neat.
He is not optimistic that Grigoris will return and he fears that something bad has happened to him. 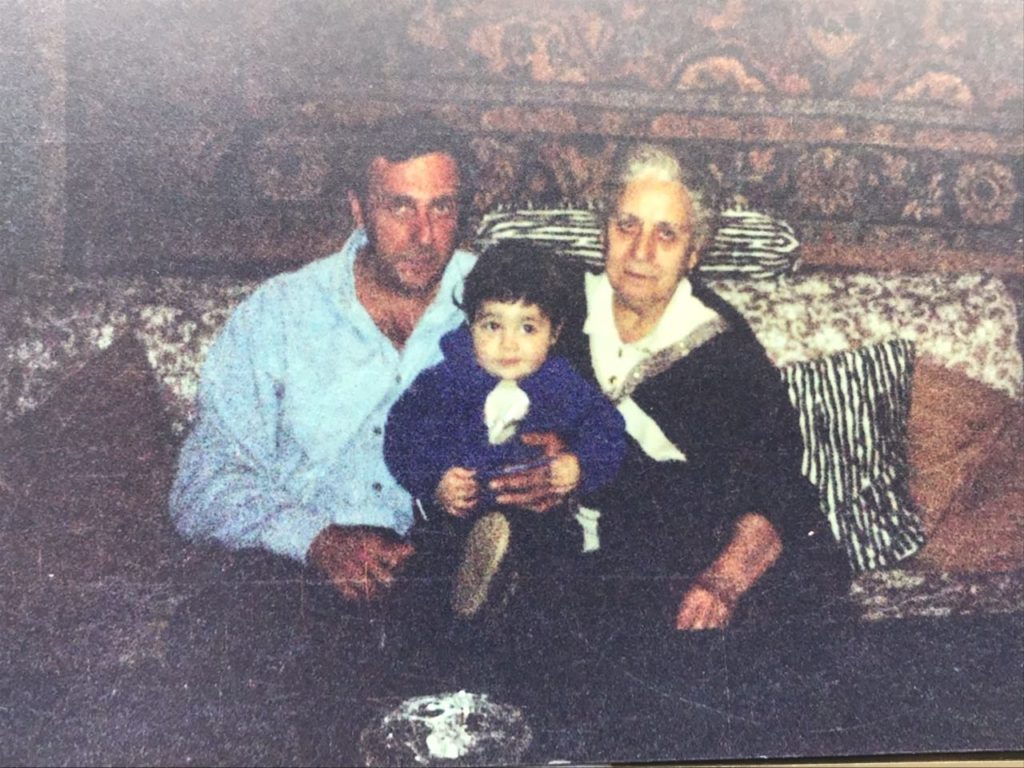 Mother: Help me find my child …
With as much power as possible, Grigori’s elderly mother spoke to Tunnel about her efforts to find him.
“I went to Georgia’s Foreign Ministry to declare its disappearance and asked to investigate for him in Germany. He had a friend an old classmate there who has business there and I thought he went to find him. But the answers I received from both German and Greek authorities were negative, “he said.
The troubled mother then asked Interpol for assistance.
“I know my son is lending money to someone. When he did not return it, there  was a quarrel. That’s why I think if something has happened and killed my child … ” she pointed out.
She and Grigoris had frequent telephone contact. In 2015 he had visited Georgia for a month. But he returned to Greece because he waited for a ten-year residence permit to be granted to him, which was in the knowledge of the Georgian Ambassador and his lawyer. She described him as an honest and homely person who would never attempt to do anything illegal.
“My son had about 20,000 euro and I want to know if he had that money at home, in a bank account, or if someone took them … If the phone privacy was lifted, maybe we found a tip,” she said.
She traveled to Greece with her lawyer, but when they went to the police she was disappointed.
“They knew about the disappearence, but the file of my son’s affair was buried in their drawers. I asked them to check the latest calls on his phone and told me to go to the Prosecutor’s Office and ask for a phone call to remove telephone and banking secrets, “she emphasized.
His mother also mentioned her son’s relationship with a married woman as she had later found out.
“I do not know anything about this woman and I’m afraid her husband did something bad for my child. I apologize for not being able to keep my tears. I do not know whether I will find him alive or dead. I am an old woman I am eighty year old, please help me … “she ended up with sobbing. 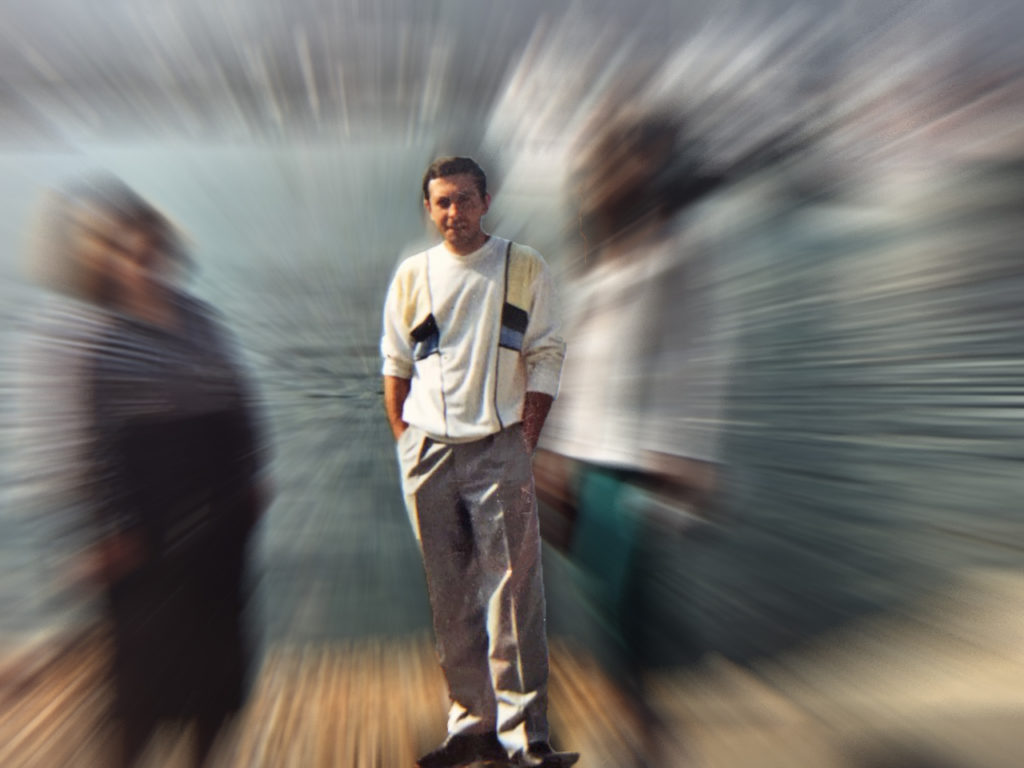 “We did not have any promising answer …”
The officers of the Georgian Embassy in Greece were informed by the missing man’s  friend from the first days of his disappearance.
“Tunnel” contacted Embassy and spoke with Zurab Vacheseyvili. He said they immediately alerted Interpol and the Police Department of the area where Grigoris was living.
“Unfortunately, so far we have no answer, for  our citizen. We then contacted hospitals, police departments and the Attica Aliens Directorate. We sent pictures, we have frequent contact with the family, but unfortunately we have not received a promising answer. ”
He stressed that the people of the Embassy are willing to help Gregory’s mother.