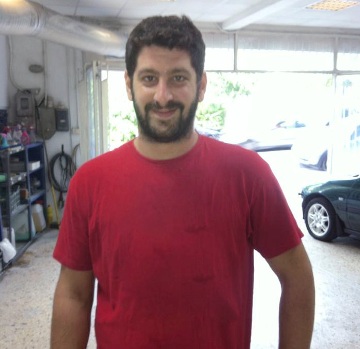 She found experts and criminologists of cybercrime that overthrew the Police data. Satellites revealed the hidden secrets. The document that was recorded opens new paths in the research.

Nikos Christodoulakis 27 year old, senior IT from Athens, must have been killed with a violent way and not in an accident. Everything indicates that the scene of the deadly accident, erected to disorient …

The unfortunate young man was found dead next to his motorbike, around one oclock in the morning on Monday, September 23rd, 2013, at the height of the 43rd km of National Road Athens-Malakasa Skala Oropou. The evening before, he had left Oropos towards Athens.

At first everyone talked about an accident. They did not know then that at the mobile phone of Nikos was installed a GPS which recorded a strange and strange route in the area… Nikos had confided to friends that he received threats from people who have breached his codes of his accounts on the internet. A friend of Nick spoke at the show. She revealed everything he said to her before he lost his life. She referred to what he asked her to do, in case of something bad happen to him.

“Tunnel” went to the spot with the experts and recorded with the camera the documents.

What the criminologist of the cybercrime says

The route Nikos followed with his motorbike before he lost his life, was recorded by asatellite, thanks to a special application that had installed on his mobile phone. The family found the creator of the application in England and asked him to reflect on maps the data that were recorded. Then turned to the criminologist cybercrime Vassilis Georgopoulos to analyze the data. As he told at the camera of “Tunnel” Mr. Georgopoulos, he examined the time and places where form Nikos passed with his motorbike. 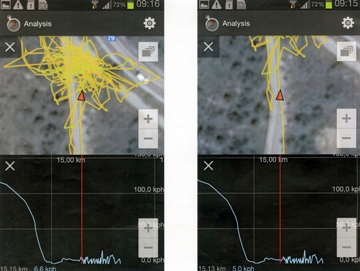 Those data showed that the motorbike was initially headed off highway to another road that ended in stalemate and then returned to the highway. The speed of the bike appeared descending until zeroed. According to Mr. Georgopoulos, reducing speed does not justify fall and death. There is the possibility when he was on his way to uphill where the speed seemed to go down, Nikos came across with a barrier as if someone was chasing him and closed his way. GPS recorded the route nearly two hours.

The mother discovered what the Authorities did not found…

Nikos mother, Nancy Sousoula the last sixteen months became a detective to discover the truth about the death of her son. She described at the camera of “Tunnel” the tragic moment she saw her child “placed” under bushes, with his helmet in his hand. His clothes were intact and had no visible injuries on him. Shocked she had him in her arms and looked around for evidence. While she was waiting for the ambulance for more than two hours, she noticed that the motorbike was lying on the road as if someone had left it there. It had no signs that testified collision with another vehicle. Neither the helmet had abrasions. Nikos mobile phone was found in another pocket than he usually put it. 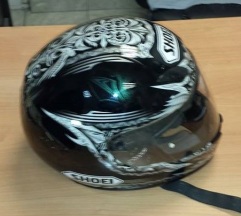 The first image was that a traffic accident happened. The findings did not convince the mother, who has consulted experts. According to the report of the Traffic the incident was a road accident. But the expert who the family hired has a different opinion. Vassilis Kloutsiniotis engineer, judicial expert and analyst of road accidents, defined by the family to thoroughly examine the findings of the Traffic Police, the state of the driver as recorded on GPS and the damage of the bike. The outcome of his report found incompatible with the version of the traffic accident and suggests further investigative and judicial investigation.

The mother carried the helmet and the stone that the report of the Traffic Police says Nikos hit on it, in the laboratory of geneticist m. George Fitsialos. The analysis of genetic material in the helmet found three different DNA, one of the victim and two from unidentified persons not belonging to the family environment of 27 years old. On the stone brought by the mother in the laboratory there was trace of impact.

Patrolling and saw no accident…

Significant was the testimony to “Tunnel” by a police officer who was serving in Section Trafficof Malakasa and patrolling the current day. He said that someone had phoned early in the section asking if there was some rolling with a young victim. The policeman with his colleague repeatedly passed by this point where later Nikos was found. Their patrol lasted from noon until night fell, but they did not see at the specific point any motorbike or victim. 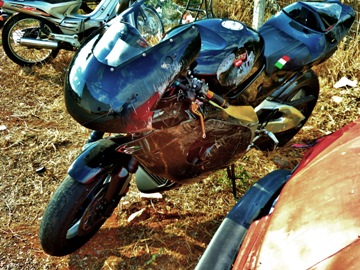 “He told me what to do if something bad to happen…”

Thanos a close friend of Nikos, described on the broadcast camera the investigations of the family the fateful night. He argued that the new evidence came to light reverse the version of a traffic accident and hopes that the truth will come out.

Another witness testimony, however, by a close friend of Nikos from his childhood, is shocking … She spoke to “Tunnel” and described him as a low-profile man, with humor who in his dedicating his spare time to computers.

At their last meeting in August he confided that he had received threats from some people that they would kill him. He had even asked her if something bad happens, to insure his codes on the internet, because as he told her, some of them had violated them, a fact which confirmed by Google with an informative email.

The same woman, who was investigating also the death of Nikos, had for two months often material damage on her car and her motorbike caused by unknown, and she realized that someone was watching her.

“It is a crime, not an accident”

Nikos father Antonis Christodoulakis and his brother Aris, spoke at the camera of “Tunnel” visibly traumatized from his loss and the shocking twists. His father described Nikos love for motorcycles and his experience because he was participating in motorbike competitions. They worked together and he had not fallen in the perception that something was bothering him. Initially he accepted the version of a traffic accident because he could not believe that someone would do something bad to Nikos. The findings however that were revealed the investigation of his mother, show that something strange happened. As he put it , the point that Nikos was found is visible from the street and it is unlikely that so many hours was wounded and fallen on asphalt, with no one noticed him.

Aris brother of Nikosld, spoke about the unanswered questions which raised after the anguished family effort to shed light on the case. “Everything now indicates that it is not a traffic accident, but a criminal act” he said. He appealed to anyone who knows something to speak. Bring the truth to the surface so they could be able to continue their lives…