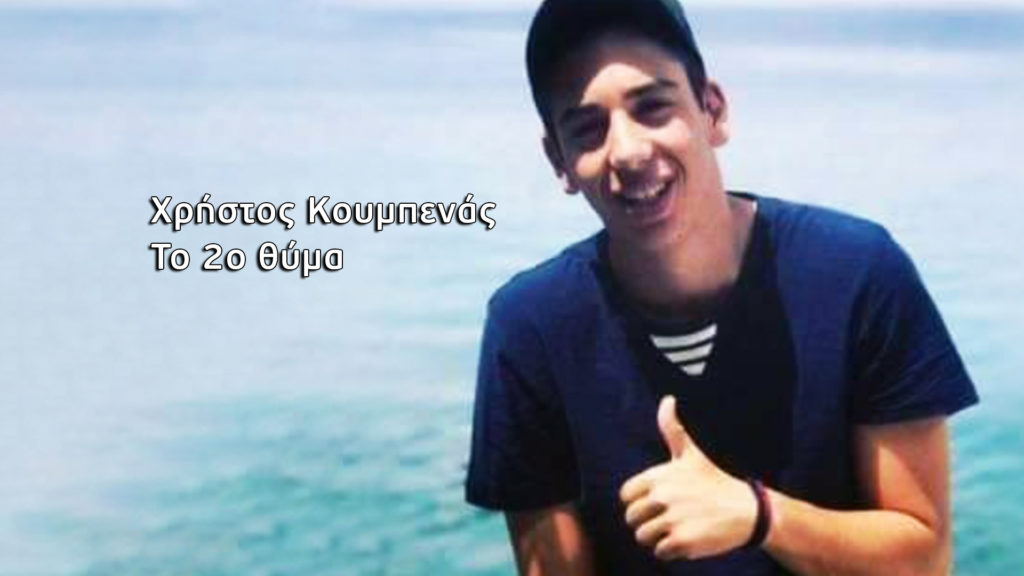 Nearly three years after the tragic accident in Aegina, with victims two young people, which brought to light the "Tunnel", the trial of the leaders of the Municipality was appointed.
Share

The court for the death of 18-year-old Christos Koumpenas and his 20-year-old friend, who was riding the motorcycle with which they were killed, has been set for June 7, 2022.

The prosecutions that were presented and that had been presented in a report of “Tunnel”, concern a homicide by negligence carried out in a row and by instigation, against the driver of the garbage truck of the Municipality of Aegina and against the deputy mayor in charge of technical works for the death of the two children .

For the second lawsuit of Christos’s mother, Sotiria Koumpenas, which concerns the first expertise and the breach of duty by officials of the Municipality of Aegina, a preliminary examination is already being carried out by the Aegina Magistrate Court for false expertise, breach of duty and any other investigation.

It is recalled that Christos Koumpenas and his friend lost their lives in a car accident, which took place early in the morning of Wednesday, March 24, 2019, on the Provincial Road Aegina – Perdika, at the height of Marathon. The motorcycle overturned in a stream, resulting in their fatal injury.

According to the second expert request requested by the prosecutor and for which the forensic expert Panagiotis Madias was appointed, the accident occurred when a garbage truck of the Municipality of Aegina closed their way, which had illegally crossed in the opposite direction for garbage collection and due to bad condition of the road protective bars, the two young men lost their lives.