The strong reaction of defense advocates was caused by the presence of Angeliki Nikolouli at the Joint Court of Justice in Tripoli.
Share
The well-known journalist was asked by the court to testify as the first witness in the second day of the hearing Wednesday, November 23, 2016. Even before she could be examined by the headquarters, the two defense lawyers of the widow of the victim who was sitting in the dock for murder , created an unjustified tension that caused the President’s reaction.

After several interruptions, Angeliki Nikolouli for more than three hours submitted the evidence that was revealed by the Tunnel investigation, around the case. As she said, herself and her colleagues began the investigation at the call of the victim’s sister. His relatives had previously sent a letter to the competent minister asking for police officers to be investigated, since they were in their opinion murdered rather than suicidal. The then Minister of Citizen Protection Mr Panousis, in his reply, informed the family that an additional police team would further investigate the case. The pre-trial took a four-month extension, following a written request from the district Prosecutor’s Office.

“The accused told us he wanted to find the killer,” the reporter said. “In my reportage material I saw a woman who, while losing her husband, spoke in a cool tone and described with absolute precision days, hours and minutes, without  emotion. I thought it might be her character because everyone does not react the same . I was troubled when I saw her at the place where her husband was murdered. As she told us it was the first time she was found there after the killer. She was comfortable and joking with the crew as if it was not about the whole scene itself … ”

Before she could finish her sentence, the defense lawyer suddenly broke off, saying: “We do not need opinions but events” to once again cause the Board’s dissatisfaction that urged the reporter to continue.

“During the shooting at the scene, he said,” you do not know how much I love this man, “referring to her husband’s friend, whose house was found dead. The person who was at the point was disturbed and asked her to leave to talk to Tunnel partners. As the survey continued, the homeowner did not want to appear in the camera and insisted on the version of suicide.

In conversation between us, when I asked him why he took the initiative to fly an important element, like the bullets that were in his drawer along with the weapon in question, he replied that he did not want to get involved. He wanted to meet me in my office and came to Athens. He told me that the victim was facing many financial problems, but also with his wife, who was extremely wasteful. When asked if he knew who else could have the keys of his home except for the widow and the victim, he replied that he did not know if they had given them elsewhere “, the reporter continued. 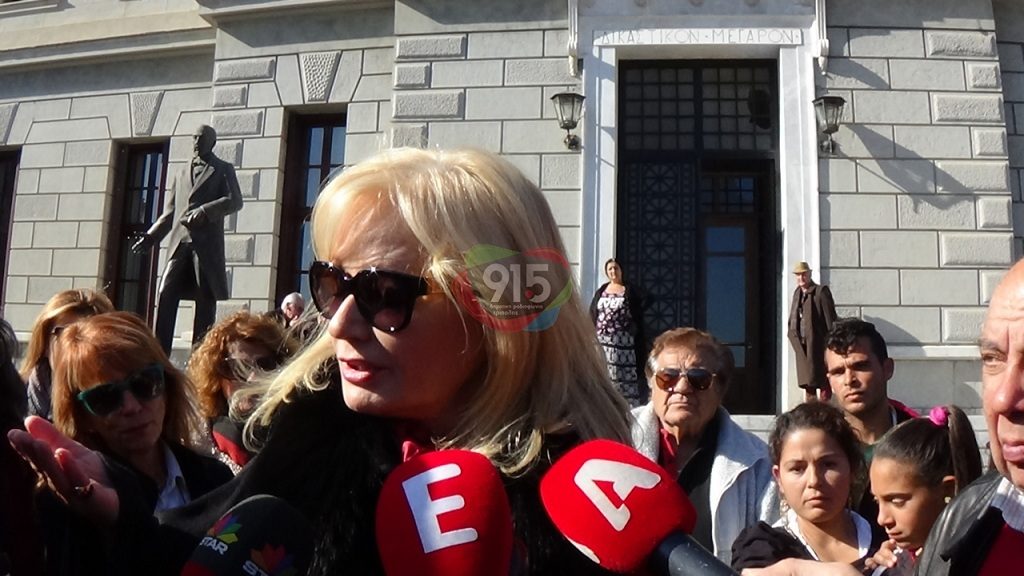 “She wanted to know who gave us information”

Aggeliki Nikolouli also referred to a testimony that had arrived at the show, saying that the widow had stabbed her husband in the past in her hand. The one who was in the call center and saw the information, immediately responded that he had cut it himself, but insisted on knowing who had given it. He was saying and rehearsing how much is said about what is not true.

The advocate advocate again asked the witness if he knew the accused had a mistress, causing the Seat’s strong reaction. The reporter then referred to a neighbor’s testimony that he heard the victim’s day crying “I’m gonna kiss you,” a woman responding “Thanassis no!” And then two shots. He also described the widow’s attitude in the studio as the information gathered and the research continued. As she said, in breaks she was constantly wondering about her image and asked, “Did I say that well?” As the reporter explained the microphones in the live shows are open. They recorded her asking her husband and her lawyer’s family lawyer, “How did you see me?” “I buried the police officers …”

“Are these facts?” The defense attorney interrupted once more, causing the president to react: “Yes, he is.” The lawyer of Civil Law called the defending advocate provocative, and after a few minutes of tension, the president spoke again in a tight tone that if he continued this situation he would take action.

The witness went on to say that the widow heard her asking a relative in a break if she was pleased with her performance on television. He said that he asked Voulgari about the mobile phone and about her husband’s bag, which he never separated and found, as he told her in the living room of the house. She replied that she had not seen it if she was in an obvious place on an armchair. Impression had prompted the reporter the fact that when referring to her husband he called him “him” with indifference and coldness.

When the president asked the reporter why she was involved in this affair while she had so many others, Angeliki Nikolouli replied: “We did not believe it was suicide, but murder. There was a need to investigate, which the accused himself asked. At first he was telling a neighbor with whom the victim had financial differences, then about a relative of the victim who called him on the phone the fatal day. He was trying to find suspects and claimed he lives to find the killers, “the journalist concluded.