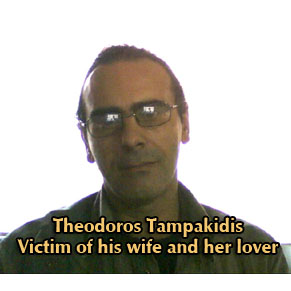 Friday, May 23rd 2008 and all the gruesome details of the wild scenes of horror in Thessaloniki were revealed during the show 'Fos sto Tunnel'.
Share

It took two shows with methodical and revealing investigation to illuminate the disappearance of unfortunate businessman Theodoros Tampakidis, that proved to be a savage, genius crime. Suspect and mastermind of the evil plan was his wife with whom they were separated. The devilish woman on Tuesday April 29th shot him with a carbine at their house at Peristera, within walking distance of their two minor children. The morbid jealousy blinded her and didn’t hesitate to use her own children as false witnesses to cover the violent crime. She abandoned the car of her father-in law, a black BMW which that night Theodoros Tampakidis was driving and she left the keys in the car. She then stole Tampakidis’ car, a black Mercedes which was found by viewers during the broadcast. Her aim was to prevent Tampakidis to go on a trip with his new girlfriend. Angeliki Nikolouli spoke after pressure with the devilish woman, as everyone characterized her and revealed that she was lying to family and friends all this time. She claimed that she was talking with her missing husband and that he would return soon. She didn’t hesitate to persuade her boyfriend to call as Theodoros at her husband’s tragic parents and convince them that he was abroad. With his serious testimony on the show, her boyfriend was trapped. He was an old friend of hers and he helped her bury the body and hide the horrible crime. He confessed what had happened and led the police to the crime scene. When she was arrested, she was about to meet with Angeliki Nikolouli. The journalist helped the police to approach her because the suspect was hiding in her sister’s house and would not open the door to anyone. First instance, sentenced to 19 years of imprisonment and her friend to 18 months of imprisonment, suspended for three years.

Watch details at the following video 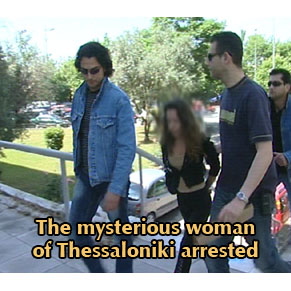