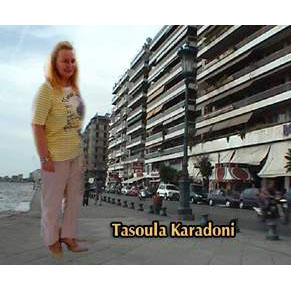 A touching story that moved viewers was presented in 'Tunnel' on Friday, May 7th of 2010.
Share

Anastasia Karadoni aged 57, Tasoula as everybody called her, was missing for a year from Thessaloniki where she was staying. Sociology was her passion but for the last few years she had been working at the Public Real Estate Corporation of Thessaloniki. A series of strange events with Tasoula as their heroine, marked the year of her disappearance. The woman was suffering from serious psychological problems and was declaring different names. A couple of viewers and their children, found at night the missing woman at the square of Nea Smyrni. They called the local police and the TV show and escorted her to the hospital because she needed medical help. Her sister travelled from Volos to Athens to be by her side and help her.