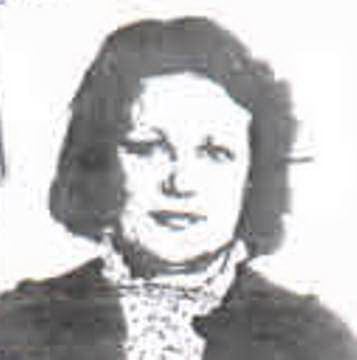 The investigation of the “Tunnel ” for the dance teacher of Kifissia Marianna Kontouli started blindly with only one element of an old photograph . With thoroughness and perseverance the show brought to light documents about her respectable friends, which are shocking.

They took all her property and vanished her.

Members of the fraud organization were a businessman, lawyers and a clinic owner. Marianna Kontouli 70 year old disappeared for her family in the summer of 2002. Her friends claimed that got lost at 2007. She was a ballet dancer and a ballet teacher .

Years ago she had a dance school in Kifissia where she was living alone. Before she got lost she had been isolated from her family and friends and had moved to Amaliapoli Volos at her country house. Her mistake was that she trusted a specific person and his friendly environment for the management of her large real estate portfolio that reached more than 700 acres of coastal land in the surrounding area of Volos. Thats how she fell into the trap with the attorney who pretended to be her friend and took a mandate of hers with his name on. 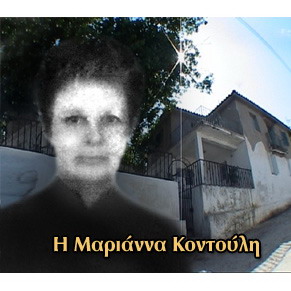 Marianna shortly before she was disappeared seems to have understood the scheme which was played against her and started her own research . According to witnesses she requested a notarys help to find out what was left of her fortune. In the Land Register of Volos, she found out that she had only one parcel near Amaliapoli, which was designated as forest land and could not be sold. Indeed, the notary hesitated to believe that the person that was facing was really Marianna Kontouli because the friend of missing woman, who had made the proxy, described her as a crazy woman and disabled who could not manage her property.

After the mysterious disappearance of Marianna Kontouli , ‘ Tunnel ‘ revealed numerous proxies that seem to have done in various persons , which as the special partner of the show graphologist Magda Kambouri revealed were forged. With these proxies the fraud organization, made several transactions with her name, despite the fact that her disappearance had been reported since 2003.

The fraud organization presented her to live in false addresses

The show revealed that the letters her friends presented she was sending showed that she was living at different addresses in Halandri and Thessaloniki. In some cases the addresses were not even exist. As documented scientifically these letters were also fake. The members of the organization gave to her family an English phone number and a prepaid number claiming that they could use them and talk to Marianna Kontouli. These phone numbers do not correspond to a subscriber. The members of the gang didnt want only Marianna Kontoulis real estate. For two years, from 2007 to 2009 they were receiving her pension. The pension payments stopped after her family realized the fraud.

Angeliki Nikolouli was called and testified at the court all the evidence she brought to light after a thorough research. After that there have been significant developments for the fraud organization. Three of the six defendants were convicted for violation of forest land to three years imprisonment and a fine. Other courts will follow for forgery and scams that have been made.

She was kidnapped and brought to Greece?

The show stretched a research bridge between Greece and Albania. The aim was to identify a girl who has allegedly kidnapped by a children trafficking gang. 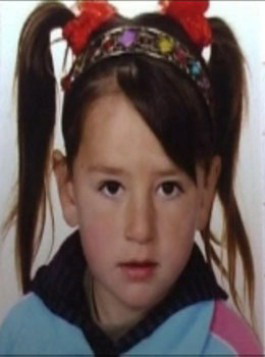 Bleona Mata 9 year old today, has being missing for three years from the village Zapot at the province of Kukes at northern Albania.

Information reached the Albanian show ” Njerez te humbur ” which collaborates with “Tunnel ” shows that the little girl has been probably a victim of abduction and has been transferred to Greece.

Bleona has a sign of burning on her right side of her neck.

Angeliki Nikolouli via Skype with the Albanian broadcast gave all the information that reached “Tunnel”. Most were talking about a little girl who moves into the area of Larissa, from Albania and has the characteristic mark on the face. In his intervention, the president of the “Smile of the Child” Mr Kostas Giannopoulos said he intends to work with the same Albanian organization so together try to locate the little girl in Greece.