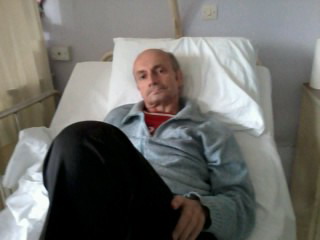 He was calling for help for 13 days, but no one could hear him in the unfinished building, where he had trapped.
Share

A group of children who were playing in the neighborhood with their ball saw him, but it was too late. Nikos Athanaselos, 55 year old, died a few hours later in the hospital, that was transferred. The unlucky man, who had health problems, disappeared with a tripod cane from his home in Menidi area.

The investigations did no t have any results although Nikos Athanaselos was trapped near his neighborhood. Despite the fact that he was injured and dehydrated, he was trying to call for help, but nobody listened to him. Kids in the neighborhood came out in shock shouting: “One dead man, one dead man in the building.” The ambulance, took him to hospital where expired a few hours later.