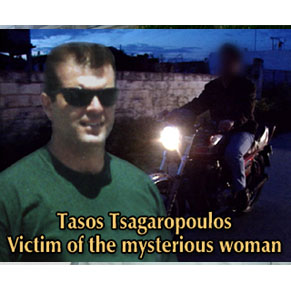 June 18th of 2010 was a shocking Friday with many revelations.
Share

‘Tunnel’ brought to light the role of the ‘black widow’ or mysterious woman, as everyone was calling her and also her crimes. Her last victim was the 42 year- old Tasos Tsagaropoulos from Zakynthos with whom they were ‘partners in crime’, as she said and had financial differences. She killed him with the help of a friend of hers and then ‘built’ him under the bathtub at the basement of a detached house that she was renting in Diakopto, claiming she was a rich Greek- American. In reality, as revealed from the research of ‘Tunnel’, she was a professional crook who had snatched fortunes from elderly people and other unsuspected victims from Greece and abroad. Before killing Tsagaropoulos, she had killed and cut into pieces while pregnant, her husband and father of her children in Albania where she was living and was arrested while trying to burn his body. She was also imprisoned in Albania for robberies and frauds.

How she made Tsagaropoulos disappear

The disappearance of 42 year- old Tasos Tsagaropoulos was brought to light by ‘Tunnel’ for the second time at the beginning of February 2010. He was staying at the area of Kesariani and went missing on Saturday, May 23rd 2009. The car he had borrowed from a friend, a white Renault Kangoo was found on July 3rd 2009 by a viewer during the live TV show, parked at a central street of Aigio. Nobody had noticed if it was abandoned there by his driver or by someone else who drove it to that street so as to be found. The last sign of his cell phone before he goes missing was given from the area of Diakopto of Aigio. Everything was showing that Diakopto was hiding the secret of his disappearance. 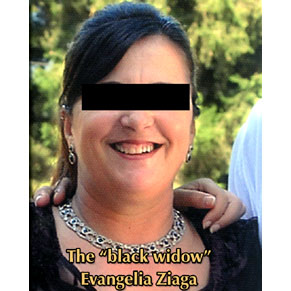 They buried him under the bathtub

From the beginning, ‘Tunnel’ focused its research at that region. Right after the broadcast of the second TV show, the march of events was shocking. A viewer, who knew specific persons and events, contacted ‘Tunnel’ and gave important information. He saw the car of missing Tsagaropoulos at the courtyard of a detached house in Diakopto during the first days of the disappearance. There was the house that a woman was renting. She was claiming to be a rich Greek- American and she suddenly disappeared at night, right after the broadcast of the first TV show concerning Tsagaropoulos. Before leaving, she had done some works at the bathtub of the house! ‘Tunnel’ brought the witness in contact with the lawyer of the family and for four months discrete research was made by Maria Oikonomou who achieved to convince the Procurator of Athens that the testimony in the TV show was very severe. After the Procurator’s license, an investigation was made at the detached house of Diakopto and everything came to light…Tsagaropoulos was murdered and buried under cement at the basement bathtub of the house where his partner Evangelia Ziaga was staying. He had visited her so as to solve their financial differences, she put sleeping pills in his drink and killed him as she said, with her friend Anastasios Panagakis who afterwards died in a mysterious way. Then she left Diakopto at night, living behind many debts to residents of the area. After the body was discovered, ‘Tunnel’ looked for her with evidence that were found during the live TV show. At the archives of Alter Channel, there were many complaints from victims of hers that she had financially exploited and also pictures of hers.

‘Tunnel’ led to the arrest of the mysterious woman

Information given to the TV show late at night, led to her arrest. Someone who knew specific persons and facts revealed to Angeliki Nikolouli that the woman on TV was leaving in Loutsa, at the house of an old wealthy man who had become her new victim. ‘Tunnel’ informed discretely the police of Loutsa and she was arrested at sunrise, right after the end of the TV show and while she was trying to go away with a partner of hers. The march of events was rapid. She ended up at the Police Department of Diakopto and after many hours of questioning she confessed her terrible crime. 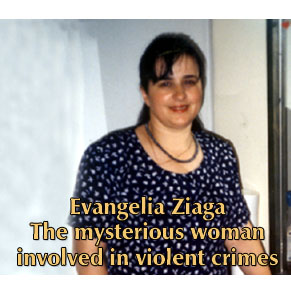 A gang of criminals with connections

The persistent research of the TV show uncovered the gang of criminals who take advantage of many oblivious citizens. Their ‘dirty money’ was invested on real- estate and business. There were accusations about strange deaths and properties changed hands overnight with false contracts and letters of procuration. The disappearance of Evangelos Gizis from Santorini was brought again to light. He disappeared with 10.000.000 drachmas, money he took right after he retired. In that disappearance another partner of Tsagaropoulos, who is a lawyer, was involved. A gang with illegal actions and mysterious persons acting in real- estate offices, notary offices, banks, hospitals and other places. ‘Tunnel’ revealed an exclusive video of the mysterious woman and her partner in the crime of Diakopto. 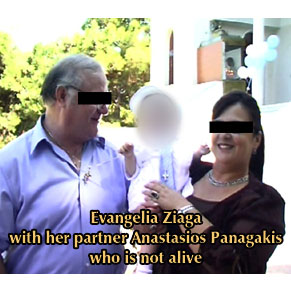 Her love letters to the victim

The TV show brought to light her love letters to her last victim Tasos Tsagaropoulos that were found in his house. In those letters she is not presenting herself as a victim…