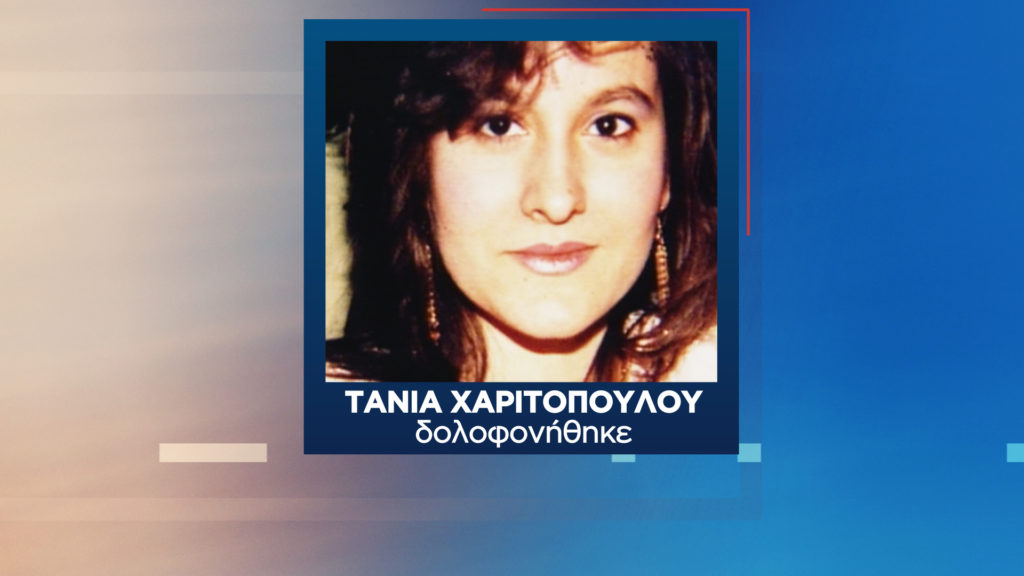 He was recently released after a long sentence for the murder of the mother of his child but also his ex-partner in Switzerland.
Share

S.K. twenty-two years later, he allegedly confessed to his own daughter that he and another relative had killed her mother on the night of August 22, 1998, at their home in Polichni, Thessaloniki. He also pointed out a place where, as he says, they buried the unfortunate Tania Charitopoulou. The then 3-year-old girl was a witness to the crime. A detainee, who had spoken to Angeliki Nikolouli, had claimed that SK confessed to him in prison one night that he was drunk, that he had cut Tania to pieces and threw her pieces in the trash. During a search of the house where he lived with his partner and the child, the journalist had found human pieces in the bathroom, which, as it turned out from the forensic laboratories, belonged to Tania Charitopoulou.

Angeliki Nikolouli, on the occasion of his latest statements, spoke with him, but also with the relative who is suddenly involved in the whole story.

“I pointed out the location, but I do not remember where exactly it is. **** knows what happened and where we buried her. We were together. There are many years that have passed now. The places have changed there. But the **** who lived there and went for walks all the time, knows better. She had indicated the place to me. I could not carry her alone and we carried her together. Put a little pressure on her to show you the exact location”, he said.

Asked by the journalist why he is doing this now and upsetting so many families, he said:

“I do it because my daughter asked me to. And because she is my child and she has been through so much, I have an obligation to tell her the truth.”

The answer of the woman he now names as an accomplice…

“Mrs. Nikolouli, what are these things twenty-two years later?

I loved Tania. Would I hurt her? Was there a chance that I knew where he threw the body and hid it? Spyros says this as he wants revenge, because I betrayed him. He kept telling my husband that I had betrayed him. I said the truth. He claims all this now because he does not want me to approach his daughter. He persuaded her with a thousand lies to speak to him and to accept him. If you remember I had changed my statement then. The reason I did it was because he was pressuring and threatening me. He never told me where he buried her and I think he will never reveal the real location. Do not forget that when he brought me the crying child, he told me that they won’t find her even in two hundred years”, the witness concluded.

“He told his daughter that he buried her mother here…”

Nikos Arvanitakis, lawyer of the family of the unfortunate Tania Charitopoulou, spoke to the camera of “Tunnel” from the point indicated by SK. to the Authorities.

“This murder shocked the whole of Greece. In a recent communication with his daughter, he asked to approach her again. She herself accepted his proposal and demanded that he indicate to her where he had buried her mother. It was the first time he had confessed to his act, as from the beginning he refused his involvement. He claimed that he had help from another person, possibly a relative. He says he wrapped her in a carpet, carried her and buried her at the spot near those trees, which were then seedlings. Police came and dug the whole area, but nothing was found. There is no longer any legal dimension to the whole process, since any offenses are statute-barred, something he already knows. The issue is purely moral”, the lawyer stated characteristically.

What his partner says in the Tunnel…

“I am his fiancée. Even though we’ve been together for a while, I want to be by his side in all of this. We are raising my four-year-old child together. He is a tender and quiet companion. It is not true that he cut her in pieces and buried her. These are lies”, she said and continued: