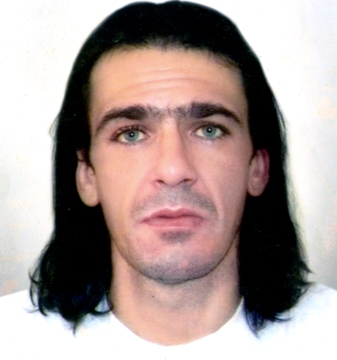 A punch to the system and to the stomach of society...
Share

“Tunnel” on Friday, March 11 took off the masks of respectability and with open eyes and ears followed a mother who was transformed into a detective to reveal the truth about the death of her son who some people covered.

Angeliki Karvouniari from Glyfada, for years made a mess into the most dangerous places in Athens. Where our fragile and sensitive children suck death from unscrupulous and dangerous smugglers.

Her son Giannis Karvouniaris 33 year old , had given battle and had escaped from the world of addictive substances. But the merchant who provided him, found him in Omonia, beat him wild, threatened him and that night the unfortunate young man died there at the hotel in the heart of Omonoia after the fight.

This is the image given from a witness who the mother discovered after years of research. Herself gave struggle to emerge the case file and prosecute for manslaughter with intent against persons unknown. 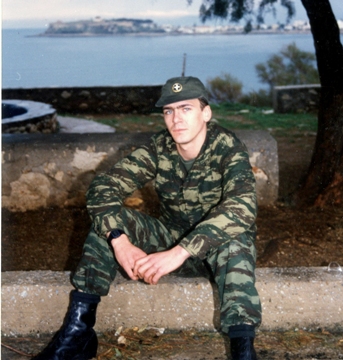 With the information gathered by the show, it was created the sketch of dangerous trader and was broadcasted. The call center caught fire. Important information from reliable sources, arrived for Mohammed who lives in Athens serving death. He seems to move to the center and at Pedio toy Areos area, originally from Sudan and has Palestinian passport. His ssociate of the death business is also a foreigner, under the name Ali. 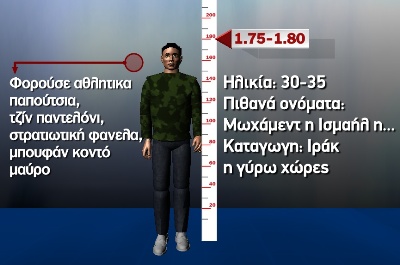 The camera of “Tunnel” followed the mother at night in dangerous paths, recording and an attack against her … Angeliki Karvouniari last saw her son Giannis, on March 7, 2010 when he left their home in Glyfada to go shopping. When he did not return, she sought for him and found him two weeks later dead at the morgue. He had lost his life in a room at a Hotel in Omonoia.

For the Authorities the death of Giannis was another drug file. But for her, an unfathomable crime … 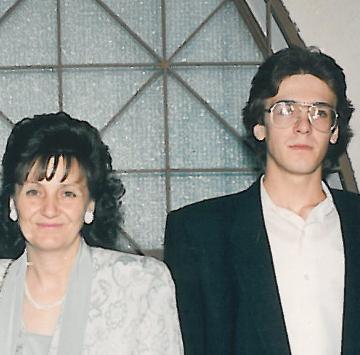 “Tunnel” camera records the time of the attack …

Angeliki Karvouniari was with the camera of “Tunnel” outside the hotel where her son was found dead in Omonia center, when she was attacked. From the second floor of an abandoned building, people who were bothered by her research, threw one fluorescent lamp which broke next to the journalist and the TV crew.

The troubled mother continued to describe the chronicle and the events from another point of wild Athens. She described the anguish days she lived when she lost her son on 7 March 2010. He left in the morning from the house where they lived together to go shopping at Monastiraki. She gave him a cash withdrawal card to him to receive fifty euro. The next day she woke up and found that he had not returned, she called the bank and learned that it had been taking 1000 Euro. Someone but later tried to get more money from another Bank in Veranzerou street, but for safety reasons the machine blocked the card.

The mother began looking in hospitals even in police stations, but with no result. About a week later the bad news arrived at the house. Her son was dead at the morgue. The image that his brother saw was tragic. The victim was wild beaten on the face and body. At first they thought that he had a car accident. After the funeral they learned that the 33 year old Giannis Karvouniaris was found dead in a room in a hotel at Omonoia. The place did not seem upset, the bed was strewn and on the table there were items that did not belong to her son.

Although initially the death of the unfortunate young man was attributed to drugs, the mother was not convinced. She believed that something else was behind his loss. Then she began looking for witnesses and asking all over in addicts haunts. She transformed into a detective defying all risks encountered and finally found the edge … 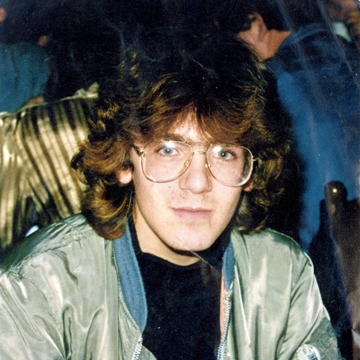 The hotel where the thriller was played…

“Tunnel” with Angeliki Karvouniari was found in the hotel where the thriller was played. The show has requested information from the responsible about what happened the day that Giannis Karvouniaris was found dead. She argued that the hotel clerk looked for him to pay the room. When he hit the door there was no answer. As she said, the maid and the receptionist opened the door with a master key and found the occupant dead on the floor. Then they alerted the ambulance center and the police. According to the coroner the death had occurred at least three days before he was found.

Years later the tragic mother learned that just outside the hotel her son clashed wildly with a black male who was a drug dealer from the area, who threatened him “I will deal with you.” That night seems that he went with another person in the room and killed him with a ” cocktail of death.” 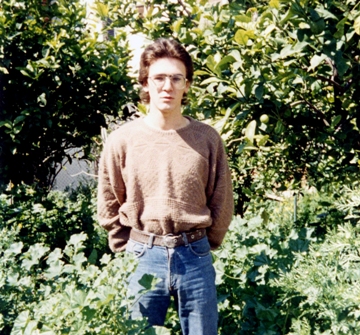 She uncovered the murder of her son

Angeliki Karvouniari had by chance an information after three years of research, which overturned everything. She found a witness who was in front of the fight between her son and the black man who is a drug dealer. Although many people attended the event, only the witness intervened to save Giannis from his hands. When the victim reentered in the hotel the black man was heard to say: “I will come up and deal with you.”

Angeliki Karvouniaris asked the witness to testify the incident, which he did.

On the occasion of this testimony she went again to the prosecutor who send her away. She insisted more.

Not having any money she sought for help from a lawyer. A lawyer advised her how to move the proceedings and addressed to the Minister of Public Order at the time mr. Nikos Dendias. At his office she found an immediate response to her request of and on September 12, 2013 she filed an application. On April 20, 2014 the case was retrieved from the archive and was ordered by another prosecutor the conducting of main investigation for the crime for intentional homicide against persons unknown. Since then, the case remains at the office of the 15th investigating judge.

Angeliki Karvouniaris continues unabated the research in addicts places and recently learned that the black man threshed in Athens with the name Mohammed, and with the name Ishmael. As she told to the “Tunnel” camera she was forced to become a detective for the soul of her child. She is approaching users with a smile in a good way and aside her fears. “All I ask is justice and the children of the world, to be saved” she says disarmingly. 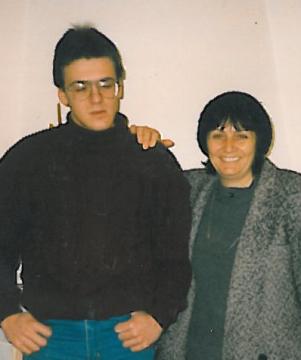 Angeliki Nikolouli spoke with the witness who gave a new twist to Giannis Karvouniaris case. As revealed, the victim had been misunderstood with two foreigners who approached him with aggressive moods. They had a strongfight and the witness intervened to separate them. One of the two foreigners was hailing possibly from Iraq and very violent. The witness determined his age of over 30 and described him as a stocky man with a height of about 1.75- 1.80. When the witness separated them Giannis ran to ginf shelter inside the hotel and the two foreigners followed him.

There was a big fuss and the hotel clerk failed to prevent them. But they continued to shout and threaten him. Later the witness saw them hanging around as friends as if nothing had happened. He assume that something else had in their mind and tried to calm him. The employer who had the night shift at the hotel, revealed that that night the two men went along with Giannis in his room. Everything indicates that that night he was killed and was found two or three days after his death. 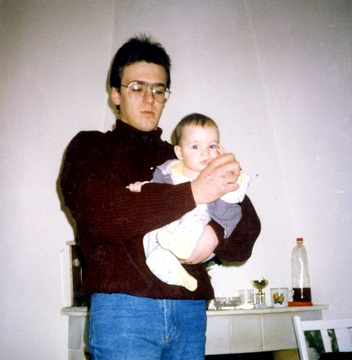 “Save the world’s children from this man ‘

Angeliki Karvouniaris unfolded at the “Tunnel” the tragic pages of her life. The family peace ended when she lost her husband. She was left alone with her two boys. Giannis then was only fifteen year old and the death of his father, cost him a lot. He quit school and began working to help his family. As his mother said he was a gentle person. He was dreaming to have a family and having beside him a good wife. But his life changed. He entered the frozen world of addictive substances and became isolated. At times his work gave him a way out , but the unemployment pushed further into isolation and illness. In recent years with the support of his mother he attended treatment programs and showed more and more will to live.

But finally he confirmed what he was saying to his family and friends as a joke when he was younger. That he e would die at 33 years old as Christ, paying for the sins of others. His mother spoke to “Tunnel” in tears and send her own message to the mothers faced a similar problem with their children. Encourages them to speak with them, show them their love and not to turn them away from the house. As for her, she will not stop looking until he finds the killer of her son.