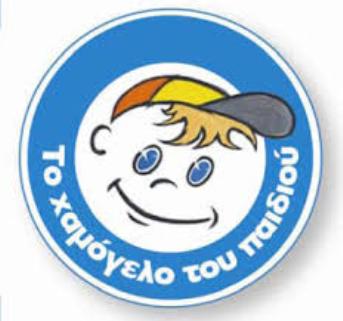 Over one hundred and twenty thousand of our fellow citizens have called the telephone line 1056 of the " Smile of the Child" in the first half of 2013.
Share

The neglect or abandonment children, was the main cause of calls to 72 %.

These impressive statistics, were presented in a press conference on Tuesday, October 1st at the operational center of the Smile in Maroussi.

According to data from the Organization in this period , the National Helpline 1056 accepted more than 650 calls daily . More specific calls totaled 120,617 and involved specialized topics for children. In the first line, cases involving 14% of child abuse, 9% of inciting begging, 4% domestic problems and 1% adolescents who left their house.

There was 33% increase in the number of requests for child care, compared with the same period of 2012. In the ten houses that the ” Smile ” has in the entire country , 270 children are hosted.

On missing children cases, the ” Smile ” handled 65 cases of the 79 requests accepted to support research through the European line 116000 Amber Alert Hellas. Sixty- two children were identified. The nationality of children who are missing were Greek 78% , while the majority of children ( 81%) were between 13 and 18 year old.

For children with health problems, the ” Smile ” received 914 requests for 421 children. The support services provided, related coverage of pharmaceutical / medical needs , ambulance transport vehicles smile, support in kind or financially . The mobile clinics and ambulances of the Organization undertook an average of seven neonates and children daily.

At the same time , the new campaign titled “In the world of smiling children’s lives is not a toy . Is action.” presented. Its aim is to inform the public about the multifaceted work of the Organization and to mobilize all to continue supports children in need.

In his speech the president Kostas Giannopoulos, said: ” Poverty in Greece is not just about food. Involves the health , education and standard of living in general. Daily children are dying, mentally and physically, and we all have a responsibility for it. The vision of our small founder, took action for 18 years . The words of the little boy is our driving force. Stop talking…. if we are united we will all succeed . “