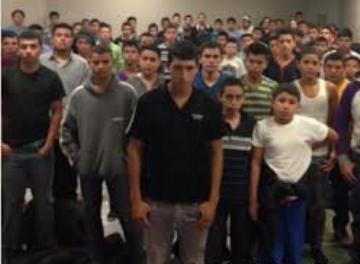 On the occasion of the International Day for Missing Children on May 25, "Tunnel" for the first time revealed the official data of Police for foreigners minors who are lost in our country ...
Share

The last two and a half years since the January 1, 2013 until early May 2015, reportedly 722 lost children. 182 of them were found and 540 are still missing. The numbers are literally shocking and raise questions that ask directly answers.

Unaccompanied minors immigrants entering Greece and temporarily staying at guesthouses. Despite the earnest efforts of the National Centre of Social Solidarity and the scope of protection, many of these children disappear and nobody knows where they are.

The NCSS calls in its documents the disappearances of unaccompanied minors Atypical leave. Sometimes children who were lost call the guesthouses they lived for a while once they arrive in other countries of Western Europe. In many cases minors fall into the hands of traffickers circuits.

There have been cases where criminals appear as relatives of the unaccompanied minors with fake documents and trying to get them from their guesthouses. Mostly they use fake passports for girls to launch them for exploitation in other countries. Action traffickers continues after detection of minors by the Greek authorities.

A typical example is the case of underage 22 Somalis, among them children of 13 year old, which had been arrested at Omonia for drug trafficking.

The age of unaccompanied minors ranging in greater proportion among 15-18 year old, and there are minors around the age of 10 year old. Most of them originate from Afghanistan.

The State must locate their parents and have them handled. If this is not possible the children are promoted in shelters. But usually within the first ten days they leave from the open hostels.

It is worth noting that the available beds in hostels are 313, when requests for housing only in 2014 amounted to 2,390. 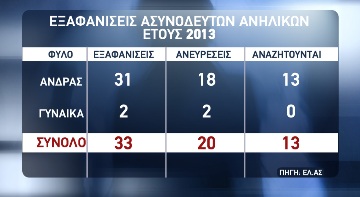 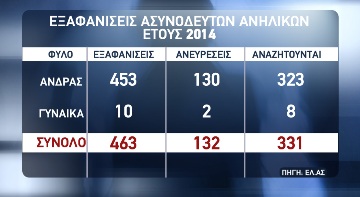 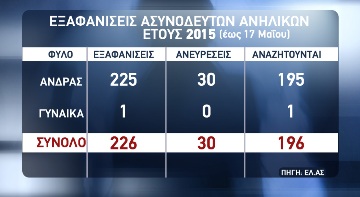 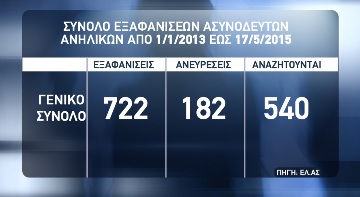