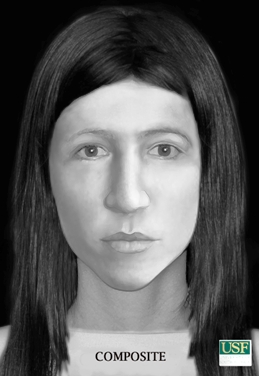 Α testimony provoked shock for the murdered girl of the lake on the air of Tunel 41 years after.
Share

The viewer trilled, just as she saw on the air the picture of the almost 20 year-old woman, which was came into life by Floridas scientists. At her face she found common elements with her friend Konstantina from Laurio, with who she was prepared by DEME for immigration at 70s. Konstantina, that she used to know, immigrated to the USA. She had a brother, Stelios, who was serving at the Navy nearby Laurio. This testimony opened the pasts door. Viewers gave the full data of DEME and they already conduct a survey in order to find archives and photos of Konstantina from Laurio. If she is the woman of the lake, as it is believed, this will be a great confirmation for the academical community which found from the lead on dead womans teeth the place of her origin: Laurio.

On February 19th 1971, U.S. officers of Central Florida, pulled out of the lake Panasoffkee the corpse of a young woman. The unknown was found murdered with a male band wrapped up in her throat. There no chance that she was robbed because on her left hand she wore a watch brand Baylor, a gold ring with stone and a thin gold necklace.

After  investigations with no results she was buried with the code name “Jane Doe.” In 1986 they exhumed her body for further investigation because in the U.S. there is no statute of limitations if you do not find the murder. In January 2012 the Sheriff of region Sumter, Darren Norris, resumed the case and requested the help of science.

He contacted the anthropologist Erin Markup Kimerli, director of the unsolved cases of the University of South Florida.

Dr. Kimerli worked with George Kamenov geochemist at the University of Florida, which applies the method of isotopic analysis. The discovery of two scientists revealed shocking results. The investigation revealed the very strong possibility that the victim, had lived for years in Lavrio, because they detected high levels of lead in her teeth.

The scientists were able to “synthesize” re-image. The findings show that the woman was 17-24 year old, her height was about 1.55, her weight was about 50-54 kilos, she had brown straight hair and brown eyes. A few years before she was murdered she had a surgery in her right ankle. 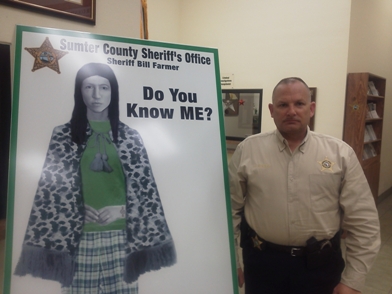 Erin Kimerli, an anthropologist and director of the Hallmarking area of unsolved cases at the University of Florida explains to the “tunnel” who she “revived” the image of the Greek missing woman.

She refers to the advantages provided by the new technology to elucidate cases of the past. According to what she says, at the beginning she sets up a biological profile, studying the skeleton, teeth and hair.

Then with the aid of official police records and photographs, manages to capture an image of the clothes worn by the victim. With the help of her partners, through the method of isotopic analysis,  can find information with which she can determine the origin of a person, no matter how many years have passed. 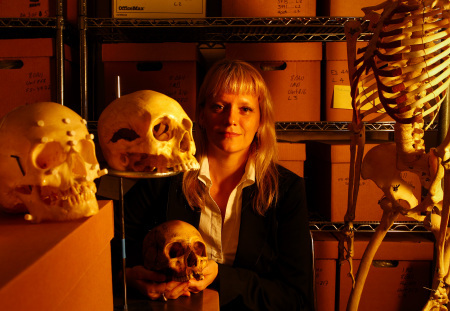 How the geochemist found Lavrio

The quantity and composition of lead detected in the teeth of the young woman who was murdered in 1971 in Florida, was the element which has linked her with Greece.

This explanation gives to “Tunnel” the geochemist at the University of Florida, George Kamenov, specializing in isotope analysis. He based on scientific studies on the levels of lead isotopes in teeth of residents of Lavrio, approached the origin of the victim 41 years after the brutal murder. 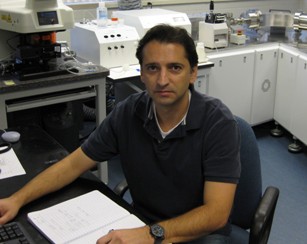