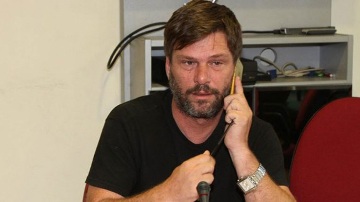 Alarm for the former chairman of Panachaiki F.C for who his relatives were looking for anxiously ended.
Share

As confirmed by his sister, Panagiotis Tsirimpis 45 year old, was found in a hotel Nafpaktos and he is in good health.

“Potis” as he is called by his friends told his relatives that he wanted for a few days to isolate for personal reasons and thats why stopped any communication.

Former chairman of Panachaiki F.C did not give any signs of life since Monday, September 26th.