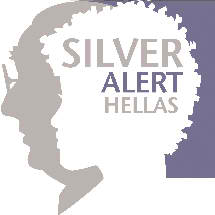 Information of disappearance for older people in Greece, released by the NGO "Life Line", on the occasion of the International Day for the Elderly.
Share

Among the speakers, is the journalist Angeliki Nikolouli that has intrigued people with its message.

The President of the Board Gerasimos Kourouklis did a special mention, for this. Referred to cooperation of NGO “Grami Zois” with the journalist – researcher Angeliki Nikolouli, which said: “She volunteered to participate in the TV spot projection of SILVER ALERT while her contribution through the “Fos (Light) in the Tunnel” is important for successful searches of elderly”.

According to data collected by the Social Service of the organization, seven out of ten seniors who have disappeared, identified and issued Silver Alert.

In the room “Anthony Tritsis” of the Cultural Center of Athens, was the official presentation of the NATIONAL ALLIANCE for the welfare and dignity of older people in the context of the European Cooperation WEDO.

Ms. Myrto Ranga, gerontology, representative of NGO “50plus Hellas’, in charge of program WEDO, gave details about it:” The WEDO is a European project funded by the European Commission. Started by a steering group consisting of 18 partners from 12 Member States of the European Union, keen to work together to improve the quality of life of older people needing care and assistance. A further aim is to record incidents of elder abuse, deaths caused by this and tackling. “

Ms. Lenia Vlavianos, Communications Officer of the Stavros Niarchos Foundation, said: “The Foundation” Stavros Niarchos “believed in the idea from the beginning, the possibilities and the importance of the Silver Alert and supported by donation of the program when it began 18 months ago.”

Their support for the ongoing efforts of the NGO “Life Line” to ensure safe and decent living for the elderly, expressed Mr. Constantine Ananiadis, Representative Group Forthnet, the Director of the Foundation Honour Ms. Frangou Valia, Mr. Kimon Volikas Vice Chairman of Gerontology and Geriatrics and Mr. Kostis Prouskas, representing the Company’s ALZHEIMER and Related Disorders of Athens. 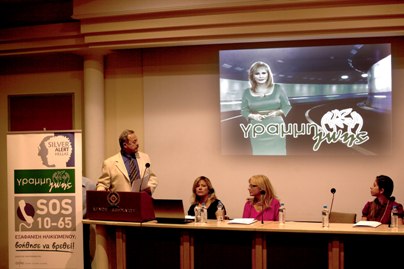 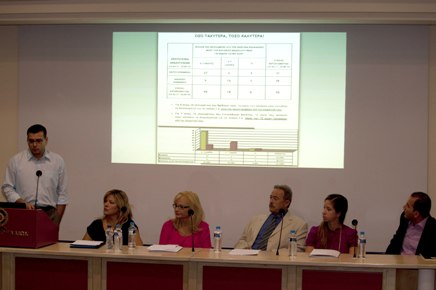