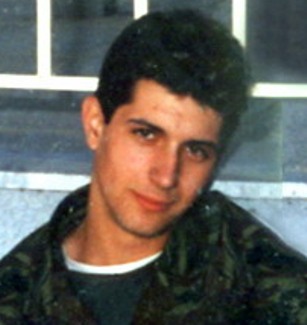 A mother is seeking desperately for her only child despite the risks.
Share

The doors she knocked were closed She lives hoping that she is going to find the answers, for her soldier son who was disappeared

Fourteen years has passed since 9 September 1999 when Giorgos Aleuras 22 year old got lost from Agious Anargurous area. He was serving his compulsory military service in Pireaus.

His mother remembers that two days before his disappearance, he had visits from two strangers with whom he was talking quietly. When her child left home, he had neither his personal documents nor money.

Filio Manesi all these years under very difficult conditions has never stopped looking the truth about his sons fate.

She was in Tunnels studio with the hope that she is going to find her son dead or alive.

And this effort, of many of the show- did not bring the coveted new for the missing soldier. Another intractable case, which hides behind it a devastated mother. Her heartbreaking appeal to those who know what happened to her child to speak, did not find recipients.

They found her alive in the woods

The Tunnel presented the incredible adventure of 77 year old Krystallo Giannopoulou who was saved by a miracle.

She was spotted by volunteers in the heart of Pieria Mountains forest surviving only drinking water from the springs.

Via Skype live connection talked to the show her grandson Nikos Taigaridis for the familys agony. With him was the President of the Hellenic Rescue Team of Imathia, Nikos Kogezos who coordinated the rescue.

In the connection were other members of the team, and the volunteer who first detected the exhausted 77 year old. They described how organized into groups and combed compatible and rough spots. The training they have, gives them the ability to move quickly and coordinated. But for those, the unsung heroes of everyday life, even under the most adverse conditions, the most important is to be able to save a human life. Kristalo Giannopoulou they said, was lucky because of the good weather and the availability of running water.

The elderly who suffers from Alzheimer, got lost at the afternoon of 22nd May when she left from a relatives home in Poliderdi village of Imathia, in order to return at her place.

However, the disease blocked her the way back. When it was realized that she had never gone back to home, Silver Alert was issued. Villagers, the local Police, the Fire Department, a team of EMAK with dogs and trained volunteers were looking for her all over the place.

Four days after the hope that she going to be found alive had lost. Then the miracle happened. At difficult approached area on the Pieria Mountains forest and in a 7 km. distance from the village, a volunteer from the Greek Rescue Team of Imathia saw in a distance 150 meters for him a black figure. In first place he thought that it was a flock. The grandmother waved and the volunteer went by her side. He covered her with a blanket; she looked and thanked him 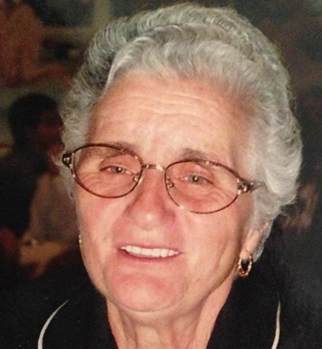 The introduction of voluntary

The “Light at the Tunnel” from the beginning 18 years ago, gave the “battle” to establish volunteering in the conscience of the world.

This effort was rewarded by the European Union.

The voluntary offer of the viewers was and is one of the main pillars of “Tunnel’s” research.

In every corner of Greece organized groups coordinated by the broadcast and online, giving direct answers to investigations.