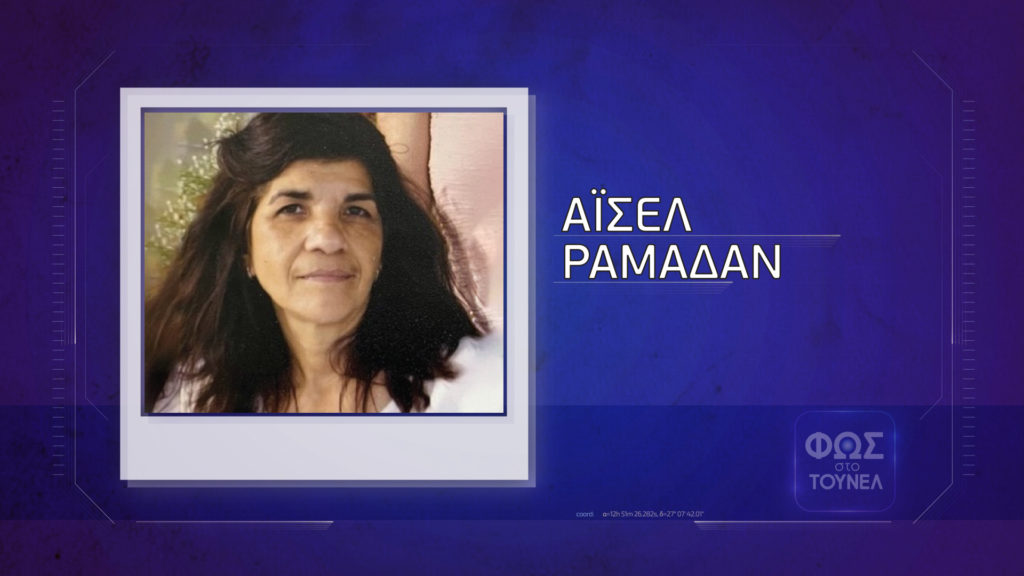 Lucky was the woman that "Tunnel" and "Missing Alert" were looking for.
Share

Aysel Ramadan, 53 years old, was found hospitalized on Saturday, December 10, just one day after her disappearance from the Botanic area.

According to the relevant announcement, on Friday December 9, after feeling suddenly unwell, Aisel fell onto the train tracks at the height of Neos Heraklion. Immediately, EKAB was notified and the 53-year-old woman, who did not carry documents certifying her identity, was taken to a hospital, where she is being treated.

After the activation of the Missing Alert and the announcement of the “Tunnel” on Friday night, the agony for the woman’s family came to an end.