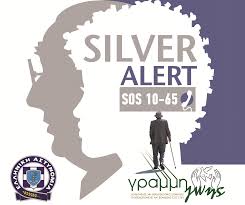 Significant data are highlighted through the latest "Line of Life" and "Silver Alert Hellas" account for the profile of the elderly who disappear in our country.
Share

An important role in identifying them is the direct disclosure of incidents.

Analytically, the statistics of the missing Silver Alert individuals are as follows:

Of great importance is the time elapsing between the disappearance and the publication:

At the same time, social service records indicate that 5 out of 10 elderly are lost due to dementia (Alzheimer’s, memory blanks, etc.).

Of a total of 320 missing elderly:

169 were suffering from anomalous disorders
151 elderly people disappeared for other reasons (suicidal tendencies, depression, etc.).
In the live-set, 67% suffered from memory problems, while 39% of all those who died were suffering from the same problem.

Since April 2013, 42 Silver Alerts Unknown  have been issued.

In 38 out of 42 cases, the relatives of the missing persons were identified and returned to their home environment. Three elderly people with the Silver Alert contribution became permanent Seniors Care Unit.

At the same time, the Social Service of the Organization has received 11,133 calls on <National Line SOS 10-65>, which deal with the following cases:

2711 calls for general information and updates
1501 calls for extinction statements and gathering of supporting documents,
899 calls for complaints of elder abuse
2013 calls for psychological support incidents
1615 calls from citizens and public bodies such as police stations, port authorities, hospitals, etc., for cases of disappearance of elderly people following Silver Alert
1250 calls from citizens and public bodies for incidents of discovery of abandoned elderly people without issuing Silver Alert
1144 calls for incidents that the “Line of Life ” was incompetent (child abuse, domestic violence, etc.), and were therefore referred to the competent services.

A compelling finding of the report is the response of the public to the social alarm:

One of the four calls received on the <National Line SOS 1065> by the NGO Social Service ” Line of Life ” is related to testimonials about missing or abandoned elderly people.