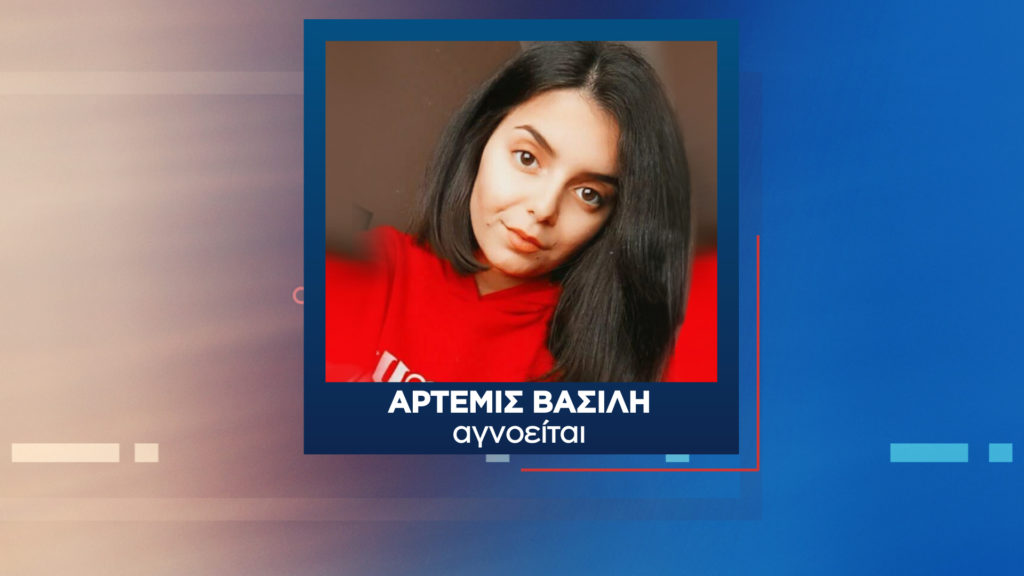 Three and a half months after the 19-year-old disappeared from Koropi, the "Tunnel" returned with a new, deep investigation.
Share

Tunnel was found in her room talking to the people who saw her last. What her grandmother and younger brother are saying is moving.

The camera of the show followed the route, where at noon on Friday, October 16, Artemis disappeared and found new witnesses.

“When the prosecutor raided, they took her out from the back door”

A testimony that reached the offices of “Tunnel”, signaled an alarm to the Hellenic Police for the missing 19-year-old.

A witness, who talked to Aggeliki Nikolouli, claims that he saw Artemis shortly before they take her out from the back door, after a search in a specific area in the presence of a prosecutor.

“The police of Omonia know very well where Artemis is. There are certain police officers who warn when it is time fon an operation to take place. The day the prosecutor entered, they left through the back door.  She was in Iasonos in Metaxourgeio. They have taken her from there now. Her image was different. She had intense make-up and was wearing a wig. I met her when we were together in Iasonos. If the authorities investigate suddenly, they will find her,” she said characteristically.

What happened shortly before she disappeared…

One of the best friend’s of the missing girl from Koropi reports to “Tunnel” an incident that happened in July and may be related to her disappearance.

“One day in the summer, her parents were looking for her because she was missing for hours. She had told me that she would go to Varkiza alone for a swim. However, I did not believe her… There are many scenarios that pass through my mind. I am afraid that something bad has happened to her,” she said characteristically.

“There are cameras that did not check…”

Together with her 19-year-old brother, the “Tunnel” followed the path of mystery.

Residents and shopkeepers of the area who knew her, were willing to help. Some had cameras that would surely have recorded her, but no one investigated them in the early days.

“In order to go through so many bus stops without stopping, someone must have told her to go to this one. The 308 bus that Artemis was supposed to take passed, however she did not board it, so she was waiting for someone”, her brother stressed.

A shopkeeper that saw Artemis on the afternoon of the disappearance, described on the show’s camera the conversation they had and the direction she followed.

“She passed from here that noon. She was alone, she asked me about the 2nd stop in Attica and I told her where to go. She was fine, her face was shining, I did not notice anything strange in her behavior. The police never came here to ask for the material from the camera we have,” the witness said.

“At one point, my uncle while passing with his car, saw her sitting at the 2nd stop in Attica. He did not take her with him because he had the car loaded”, her brother added.

“We even looked inside buildings…”

“We have plowed the whole area. Together with friends we have searched everywhere, even in buildings and uninhabited houses. I think they are holding her somewhere. I want her to know that I will not stop until I find her.”

Addressing her if she is listening to him, he said characteristically:

“She was upset with her boyfriend…”

Artemis’s grandmother and younger brother recall the last moments they had with her before she disappeared.

“We want her to return as soon as possible to end all this torment. I pray to God and I believe that one day she will come back. Once I see her, I do not want to say anything to her, just to hug her,” said her grandmother, with whom she used to share the same room.

“From the first days of her disappearance, we searched her entire room, from her clothes to her books. She would never leave alone, she would inform us. I rule out such a scenario. She was upset lately because her boyfriend deleted her from social media. We all miss her very much and we love her. If she sees us, let her come back to end it all here,” said her younger brother.