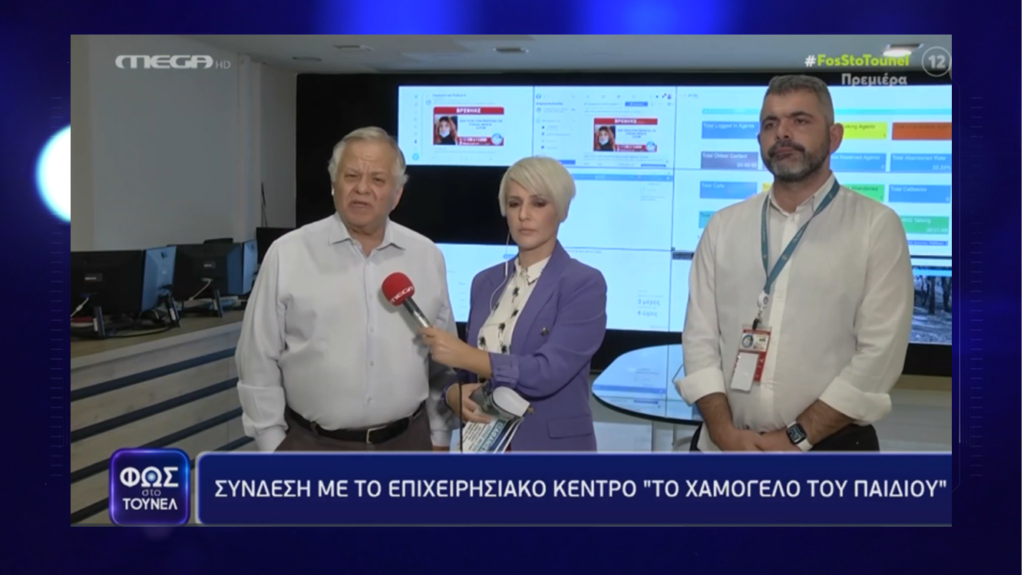 The abused minor and her siblings from Sepolia found "shelter and care" in "Smile of the Child".
Share

As the president of the Organization, Costas Yiannopoulos, said in a live connection with “Light in the Tunnel”, the five minor children of the family have “joined the arms of ‘Smile of the Child’ with a prosecutor’s order”.

The 12-year-old, who was a victim of sexual exploitation by pedophiles, and her siblings will remain at the Organization and receive the necessary care from doctors and social workers.

Mr. Yiannopoulos emphasized that the prosecutor also decided that the siblings should not be separated and taken to different places, but should be under the same roof.

In the conversation they had with Angeliki Nikolouli, they focused on the prevention of such serious incidents and the need to operate a central body.

The show revealed that two men voluntarily came to the Sub-Directorate for the Protection of Minors of Attica after the publicity received by the rape case of the 12-year-old girl.

The two men testified that they had chatted with the minor on the Blindchat app used by the pimp, but thought she was 17 and not 12.

In the photos shown to them by the juvenile protection officers, both men identified the girl they spoke with, as the 12-year-old.

However, they assured that they did not go on a date, but limited themselves to a conversation.

Grandmother of a missing minor complains to “Tunnel”…

On the occasion of the horrors that are coming to light about the much-lauded Sepolia case, the show highlights the serious dangers hidden in the disappearances of minors and how they can turn into a nightmare.

The grandmother of a missing minor fears for her life and reported to “Tunnel” what happened.

“She was abused by her parents. She is involved with someone and I am very afraid about her,” she said characteristically.

The 15-year-old was taken to the structure for safety, but as her grandmother complains, only this is not provided for children.

The grandmother claims that she has reported other serious incidents to the Police, however her granddaughter remains unprotected.

“We have said it and we have given certain names, but the Police have not done anything.”

Mrs. Anastasia appeals to anyone who knows anything to speak up in order to find her beloved granddaughter, before it is too late.

Missing Alert has been activated.

Rapists abandoned the minor they had kidnapped…

After six days in the hands of unknown men, the unpleasant adventure of a minor came to an end.

The 14-year-old managed to escape from the nightmare she experienced since the day she was kidnapped, on Friday, October 7, by adults from the area of ​​Nice where she lives.

The girl suffered in the hands of strangers who tried to exploit her. According to information, they had changed her appearance in an extreme form.

She was released near the Markopoulou bus station and after communication with her parents, they went together to the Nice Security Department.

She complained that against her will, five or six men took her to an unknown location and abused her.

The case has been taken over by the Sub-Directorate for the Protection of Minors of Attica Security.

The minor returned to her family and a psychologist from “Smile of the Child” is by her side, with the aim of immediate and holistic support after the traumatic experience she lived through.

The parents had informed the Police Department of Nice, after they had filed a case of abduction.